A Crimson kind of town 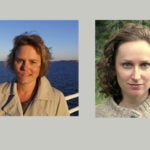 Your Harvard session in Chicago examines inequality, notes University’s many ties to city

CHICAGO — In an address to nearly 400 attendees in Chicago last week, Harvard President Drew Faust noted the deep ties between Cambridge and the Second City.

It is Chicago and not Boston, Faust explained, that lays claim to the longest continuously operating Harvard alumni club. Founded in 1857, the club currently boasts nearly 1,200 members and served as co-sponsor of the evening’s festivities, the latest in the Your Harvard series.

The series is part of the ongoing Harvard Campaign and has now traveled to eight cities across the United States and around the world. Thousands of alumni, family, and friends have convened to hear Faust’s vision for the future of the University, as well as to learn from leading faculty whose cross-disciplinary research and innovations hold the potential to solve challenging questions and yield fresh discoveries.

The Greater Chicago area is home to roughly 10,000 alumni, including one whose temporary residence is 1600 Pennsylvania Ave. in Washington, D.C.

Paul Finnegan ’75, M.B.A. ’82, a Chicago resident, the University’s treasurer, a member of the Harvard Corporation, and co-chair of The Harvard Campaign, added moderator to his long list of volunteer activities. Finnegan led a timely conversation on economic mobility and the roots of access and opportunity with professors Raj Chetty ’00, Ph.D. ’03, and Bridget Terry Long, Ph.D. ’00.

Chetty, the William Henry Bloomberg Professor of Economics, co-authored a recent study that addressed this concept with fellow economics professor Nathaniel Hendren. Responding to Finnegan’s question on the vitality of the American dream, Chetty cautioned, “It depends. And it depends in particular on where you’re growing up.”

Citing a local example, he explained that the disparity of opportunity between Chicago’s Cook County and its bordering county, DuPage, reveals one of nation’s most stark variations. Children growing up in low-income families in DuPage County earn 15 percent more than the national average — the highest rate in the country. Conversely, growing up in a low-income family in Cook County will result in earning 13 percent less over a career — the fifth-worst in the country.

Chetty stressed that the intent of the research is to identify those areas of the country that are succeeding in providing upward mobility and learn what factors play into that success. The data suggests that less segregation by income and race, lower levels of income inequality, better public schools, lower rates of violent crime, more two-parent households, and what Professor Robert Putnam describes more broadly as social capital all play significant roles in creating a more prosperous future for area youth.

Long noted that there are a variety of initiatives across the University working hard to address this array of challenges. One, the new Teacher Fellows Program at the Graduate School of Education (HGSE), will provide robust training for undergraduates at Harvard College to become teachers through course work, hands-on experience, and mentorship. Her own research collaborations have incorporated faculty from the Harvard Kennedy School (HKS), the Faculty of Arts and Sciences (FAS), and many others.

Long, herself an Illinois native, is academic dean and Saris Professor of Education and Economics at HGSE. Of the factors Chetty’s research identified as bolstering access and opportunity, social capital is one that Long’s recent research seeks to address.

In looking at the continuum of education, she discovered that one of the major “leaks” — or hurdles to continuing one’s education — was the federal financial aid application (FAFSA).

“Educational decisions are incredibly complex,” Long explained. In simplifying the FAFSA application process by reducing the time it took to complete this ubiquitous form, she saw significant returns. “Eight minutes [resulted in] increasing college enrollment among a very-low-income population by 35 percent.

“We’ve told generations: ‘Go to college, and there’s a great return,’” Long continued. “It’s not just going to college, but where you go to college [that] matters.” Campus resources, financial aid, and other factors play a large part in postgraduate success.

Through the Harvard Campaign, the University has sought to increase accessibility, even beyond the nearly $400 million spent on financial aid this past year.

“Johnston Gate, the structure that perhaps most symbolizes entry to our community, was made possible by a very generous gift from a Chicagoan,” Faust said. “And last year, thanks to an extraordinary gift from another Chicagoan, Ken Griffin AB ’89, we are able to open those gates, literally and figuratively, to more students — some 800 undergraduates each year — regardless of their financial circumstances.”

In 2013, the Harvard Club of Chicago began raising funds for the renewal of Johnston Gate, in tribute to the long-lasting ties with the city and as a welcoming site to the generations of students who will benefit from ongoing support.