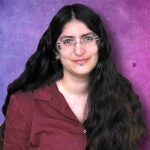 About 10 years ago, Harvard graduate student Meredith Fisher suggested to Sarah Boyer and Martine Zilversmit, her friends and fellow students, that they join a science group for women. There was just one problem, Zilversmit recalled.

“It turned out there wasn’t one,” she said.

So the three created their own, the Harvard Graduate Women in Science and Engineering (HGWISE), to provide networking, professional development, and mentoring opportunities to other women who shared their interests.

On Saturday, HGWISE marked its 10th anniversary with a daylong symposium, “WISE Beyond Your Years.” As part of the celebration, founding members Boyer, Fisher, and Zilversmit joined other alumnae for a panel discussion titled “How HGWISE Has Empowered Me to Succeed,” held at the Geological Museum Lecture Hall. HGWISE former co-chair Elise Wilkes, a Ph.D. candidate in Earth and planetary sciences at Harvard’s Graduate School of Arts and Sciences, moderated.

Boyer, Ph.D. ’07, the group’s first treasurer, said creating HGWISE was an “empowering experience” that helped her realize her potential.

“To have a vision of something we wanted to have happen and enable it to come into being was incredible,” said Boyer, now an associate professor of biology at Macalester College in St. Paul, Minnesota. “It gave me a different mental framework for imagining the future and the organizations I wanted to change, in a way I hadn’t visualized in my lifetime.”

As HGWISE’s first co-chair, Fisher, Ph.D. ’07, said she regularly collaborated with high-level Harvard administrative officials as she created and represented the organization. That experience prepared her for her career in finance.

“The opportunity to interact with people at that level, people who are as invested in something as we were, was really extraordinary,” Fisher said. “I can’t remember any club membership or leadership position where I had that level of interaction. That always stayed with me.”

Founding secretary Zilversmit, Ph.D. ’07, said helping launch HGWISE was one of her “proudest achievements” at Harvard and contributed to her having her “dream job” as a researcher at the National Institutes of Health.

Sloan Siegrist, Ph.D. ’08, an assistant professor in the department of microbiology at the University of Massachusetts, Amherst, said HGWISE motivated her to excel. “I get inspired by people around me, so if people around me are killing it, that raises my game,” said Siegrist, who served on the HGWISE board from 2007 to 2008.

HGWISE crossed Harvard campuses and disciplines, Fisher said. The group provided women in their fields with information they weren’t getting from a single other existing organization, including events that addressed imposter syndrome — when an accomplished person feels like a fraud — and how to get a job.

“The first year, we spent a lot of time thinking about events that would become institutionalized and impactful,” Fisher said.

Since its launch, HGWISE has grown to more than 2,000 general members and provides graduate mentorship programs and networking opportunities, said board member Jean Fan, a Ph.D. candidate in bioinformatics and integrative genomics.

Former treasurer Sarah Ballard, Ph.D. ’12, said organizing workshops helped her thrive on campus. “It became really integral to my identity as a graduate student at Harvard to be seen as someone who was not only interested in science,” said Ballard, who is now an astronomer.

Although it made a welcome place on campus for women, HGWISE alumni said there is still work to be done to make the scientific community welcoming.

“There’s so much talk about [women] transitioning out of science and so little about transitioning in, unless it was about managing a family,” Zilversmit said.

Ballard said she recently found herself speaking to a group of newly admitted students to the graduate science and engineering program. Asking about her experience, they wanted to know if she’d do it all over again.

“I would have done it all again, except sooner,” Ballard said she told them. “I said to them, ‘Don’t mess around. Joining organizations like HGWISE is part of your job.’”