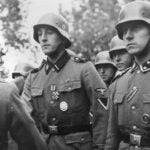 The U.S. Supreme Court is hearing oral arguments on Wednesday in the case of King v. Burwell, a suit challenging implementation of the Affordable Care Act (ACA), President Obama’s signature program to expand health insurance coverage to all Americans.

The Gazette spoke about the case with John McDonough, professor of the practice of public health at the Harvard T.H. Chan School of Public Health and an authority on health care reform.

GAZETTE: Can you tell us about the case and describe the issues involved?

McDONOUGH: This lawsuit has been advanced by the Cato Institute, a libertarian think tank in Washington that wants to invalidate the provision of federal health insurance tax credits to consumers under the Affordable Care Act because of a narrow interpretation of the law. That [interpretation] suggests that the law was written in a way that does not permit tax credits/subsidies to flow to the consumers who obtain their insurance through the federal health insurance exchanges as opposed to state exchanges.

GAZETTE: It seems like this split between federal and state exchanges is at the center of this case. Can you explain what the exchanges are and why there may be more federal exchanges than originally anticipated?

McDONOUGH: An exchange is a creation of the Affordable Care Act that is now spreading across the country, in the ACA variety and in other forms as well. An exchange is a marketplace where consumers who can’t get health insurance anyplace else can go and buy individual insurance, sometimes referred to as non-group insurance.

The exchange runs the website where people can go online and make their purchases. The exchange is responsible for making sure that the website only sells insurance policies that meet the requirements — the protection and the benefits — of the Affordable Care Act.

The way the law was written, states were given the right of first refusal to set up their own exchanges. Then, if they either deliberately chose not to set up an exchange or didn’t make a decision, the establishment of “such exchange” is given to the U.S. Department of Health and Human Services.

GAZETTE: What do those behind this lawsuit hope to accomplish?

McDONOUGH: The folks behind this lawsuit, in particular the Cato Institute, have been vociferous opponents of health reform, [and have been] very much enemies of the Affordable Care Act since before the ACA was signed into law by President Obama in March of 2010. They have been parties to multiple lawsuits and have a strategy of doing anything and everything they can to repeal or undermine and bring down the Affordable Care Act. And I don’t think I’m saying anything they would disagree with at all.

They are determined to see the law repealed, to see it fail, because their values, their ideology is completely opposed to any level of government providing this kind of protection to citizens.

GAZETTE: What are possible ramifications if the Supreme Court agrees with them?

McDONOUGH: There have been evaluations done by the Urban Institute, by the RAND [Corp.], by the Commonwealth Fund, and by others. The most credible estimates that I’ve seen suggest that if the decision were to go in the plaintiffs’ direction, between 9.3 and 9.6 million lower- and moderate-income working Americans who are obtaining subsidies right now would find their health insurance unaffordable, and most of them would drop coverage.

Importantly, we know from research that the lack of health insurance actually is a cause of death among Americans. One estimate suggests that — and this is pre-ACA — as many as 45,000 Americans every year have a premature death principally because they didn’t have health insurance.

So one of the many amicus briefs that was filed in this case was filed by about 22 deans of U.S. schools of public health, and includes an estimate that if 8.2 million folks became uninsured, that would translate into approximately 9,800 premature deaths annually.

There will also be significant disruption in the U.S. health sector. The people who would be most immediately and directly damaged would be people who currently have a subsidy. But there are also millions of folks who buy unsubsidized health insurance, both inside and outside exchanges, who would be adversely impacted by this as well.

That’s because many of those people getting subsidized coverage are younger and healthier people. They would dive out of the market and there would be an adverse selection phenomenon in the markets in these 34 states. That would result in extraordinary health insurance premium increases to the non-subsidized folks as well. The estimate — again from Urban and Rand — suggests that premiums would increase anywhere between 35 and 47 percent. That would lead many, many, many of these unsubsidized, non-group enrollees also to drop coverage.

GAZETTE: So it wouldn’t just be the hit from losing the subsidy. In addition, the rates would go up?

McDONOUGH: It would be the market impact as well that would lead to another significant number of folks dropping coverage. Really what you would be seeing — and this is not an exaggeration — is the destruction of the non-group insurance markets in all of these states, these 34 states.

The estimate of the loss in revenues to various parts of the health care sector annually is about $9.3 billion … and about $6.3 billion of that would be losses that would affect hospitals. And many of these hospitals provide disproportionate care to lower-income folks. So some of the safety-net hospitals would take some of the biggest hits and biggest pain as a result of an adverse rule.

GAZETTE: If the government loses, is there a chance it will kill the law, or, if it just damages the law, is there any chance Congress might “fix” it?

McDONOUGH: Those are all questions without answers. Massachusetts has its own state exchange, New York is another — there are about 16 states where it’s pretty clear things would continue.

Massachusetts started in 2007 through its own reform law, and I don’t think there was any adverse impact in Massachusetts because other states did not have this structure. So I think that, in states that have their own state-based exchanges, things would continue without significant disruption.

Would Congress find a way to come in and undo the damage? There’s a political game going on in Congress and in Washington, D.C., right now. Republicans are saying that they will come in and undo the damage. However, they have not put anything down concretely, and the pattern has been whenever the Republican-controlled chambers have attempted to do something, they can’t even agree among themselves what to do. For example, the House of Representatives voted more than 55 times now to repeal all or part of the ACA and has never advanced — even as a proposal — a significant replacement. So the notion that they would come together and advance an alternative framework is a speculative proposition.

GAZETTE: What happens if the government prevails? Any changes at all, or just go back to business as usual?

McDONOUGH: If the government prevails, which I suspect is going to be the case, then the last significant obstacle to full and secure and long-lasting implementation is discarded.

Though Republicans came in promising to do significant damage to the ACA, they have not been able to agree on anything at this point other than minor changes around the 30-40 hour workweek rule. When the Supreme Court announced that it was going to consider this case, last December, it provided a reprieve for Republicans. It allowed them to kick any kind of replacement structure down the road. They used King v. Burwell to say: Whatever happens, we’re going to get to something in the fall after we see what the Supreme Court does.

GAZETTE: Are there other legal challenges? You seemed to indicate this is the last big one.

McDONOUGH: I stand to be corrected, but after this one there are just cats and dogs left.

GAZETTE: What are the next big milestones for the law?

McDONOUGH: We’re in the middle of the next big milestone right now. For the first time, people are filing their taxes and feeling the individual-mandate penalty.

It is at a low rate this year: $95 or 1 percent of your household income, whichever is higher, if you didn’t have valid coverage in 2014. Next year, it will go higher, and the year after that, in 2016, it will go higher, and that’s where it will stay. So right now, people are facing the individual-mandate penalty, and there are also people who got subsidized coverage last year and didn’t correctly estimate what their household income would be.

People who got subsidies larger than they were entitled to have to pay the excess back. People who got lower subsidies than entitled actually get an advantage. So all of this is swirling around right now as the Supreme Court is hearing the oral arguments.

GAZETTE: Sounds like we’re at a phase in the implementation where the carrots are switching to sticks?

McDONOUGH: Yes, but understand that the single most important day of implementation was Jan. 1, 2014. That was the day when the systemic insurance reform, elimination of medical underwriting and pre-existing condition exclusions, and putting in its place something called guaranteed issue, became law in all 50 states. That was the day that the individual mandate became real. That was the day the subsidies began to flow, the day that Medicaid expansion became activated under the provisions of the ACA in all of the states that have accepted the expansion.

That is why, in the fall of 2013, there was a federal government shutdown. That really was the last major effort by Republicans to kill or undermine the law before it took full effect, because they understood how consequential that date was. On that date, the benefits of the law changed from being hypothetical to being real.

GAZETTE: The kids are now covered, the pre-existing conditions are covered, and these are things people are not going to want to go back on.

McDONOUGH: Right now, any changes that you make to any of those key elements affect real people who are getting benefits today. And that is a completely different dynamic. In terms of the implementation game, if you’re going to call it that, we’re way into the fourth quarter.

GAZETTE: Once we get through the implementation and 2016, aren’t there still provisions for experimental programs and other ongoing changes, so it won’t be a situation where it’ll be done and that’s it?

Medicare and Medicaid were both established in 1965. That was the end of the initial journey by President Lyndon Johnson to pass a law. It was only the start of an endless change, evaluation, and improvement process. When Medicaid, for example, was established in 1965, the only people who could get any benefits from Medicaid were poor, low-income mothers and their children who were collecting public assistance.

But many of these [new] programs will not succeed and will be repealed, gone and forgotten. Others will become an enduring part of our health system landscape for decades and longer. We won’t know for some time the durability of any of these, but it’s fairly certain that the essential, important ones will stay, although they will be — as has been the case with Medicare and Medicaid — changed, improved, cut back many, many times in the years and decades to come. That’s how it goes.

It’s never over until you die, and then it goes on without you. That’s what I tell my students every year. It always gets a good laugh, but it’s true.