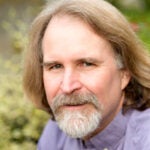 About 30 percent of computer science concentrators at Harvard are women, but the more upbeat news is that the percentage is growing and is about twice the national average. That progress can be attributed in part to a relatively young but vibrant student organization, Harvard Women in Computer Science (WICS).

Since its founding nearly four years ago, the group has posted some serious numbers. Not only has it grown to include more than 350 members and host roughly 15 events each month to provide programming at all levels, the student organization has continued to expand its horizons as well.

From its original goal of creating a supportive community within computer science through networking and social events, WICS has reached out. In its second year, the group launched the annual weekend-long WECode (Women Engineers Code) conference (open to all genders), putting students from more than 40 colleges and universities together with industry leaders in small workshops and encouraging cooperation and innovation through a variety of talks, panels, and events. That same year, the group also began mentoring area middle-school students in the Girls Who Code club.

For its third year, WICS leaders crafted a concrete mission statement, which can be found on its website. This year, the group took on the issue of advocacy itself, working to create programs to help other schools and other students reach out to underserved populations.

The goal of this latest initiative is “basically a tool kit for computer science faculty here and to students at other universities,” said WICS co-president Jiayun Fang ’16. “Then next semester, we’ll start implementing some of these recommendations and seeing how they work on our campus.”

Already, WICS has made a difference in the lives of undergraduates. “The biggest struggle in computer science is that you can start to feel your ‘otherness’ pretty quickly,” said Amna Hashmi ’16, a computer science concentrator and one of the co-chairs of this year’s WECode. She recalled an internship at Microsoft where she was on a team of 25 — and one of only two women — and described yearning for a “sense of community, which Women in Computer Sciences addresses.”

For Hashmi, the group has been pivotal in both her education and future career. Her discovery of the field came later than for some. “I never knew I was going to be in computer science,” she said. “I didn’t know anyone who did CS and didn’t consider it for myself. I took CS50 on a whim freshman year and absolutely fell in love with it.

“I liked the feeling that I was thinking logically and sequentially, that I was writing programs. I knew that for every progressive CS course I was taking, I had more skills,” Hashmi said. However, the field had another, less positive effect on her. Although the junior credits her all-girls high school with developing her confidence, “I really struggled with answering questions and speaking up” in computer science classes, she said. “I was quite surprised because I didn’t do that in other classes.”

WICS’ outreach projects to younger students aim to nip this in the bud. “There was an initial attitude of, ‘This is something I can’t do,’” recalled Ramya Rangan ’16. Rangan, the group’s co-president, was one of the first teachers with Girls Who Code. Although she doesn’t recall the specifics of what they taught the middle-school students during their weekly three-hour meetings, the fact that the group existed had an impact. “What they developed is a sense that they could learn these things if they tried,” she recalls.

For Fang, this sense of empowerment reaches beyond the classroom. Fang was pre-med before a three-month summer internship in Bangalore with Jana Care Solutions. Jana Care is a small startup launched by the MIT Media Lab that focuses on Internet and mobile-application management of diabetes, enabling diabetics to better manage their own health.

“This internship made me realize I could pursue what I really loved about taking care of people while not having to go to school for another 10 years,” said Fang. Computer science, she said, gives her “the ability to make an impact, make the world better, and at a faster rate, and not be limited by my own presence. I could release an app or a website to the world.”

“What’s really interesting is watching them branch out,” said Margo I. Seltzer, the Herchel Smith Professor of Computer Science at Harvard School of Engineering and Applied Sciences, one of two advisers to the group. “They started to bring the women together so they didn’t feel alone, and now they’re really getting to the heart of some of the challenges.”