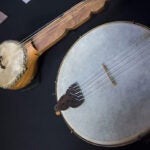 Conference explores the forces behind WWI

One hundred years ago, in the first two months of 1915, what was then called the Great War — puzzled over by experts gathered at a Harvard conference on Friday ― established its most enduring historical signatures.

Germany started modern war’s first aerial bombing campaign (Jan. 19), using Zeppelins against Britain. The Germans used the first poison gas (Jan. 31), deploying 18,000 shells against Russian troops near Warsaw. France launched its second offensive on the Western Front (Feb. 16), where 240,000 casualties a month later hinted at the catastrophic scale the war would come to represent. (Sixteen million were dead by 1918.) And Germany began its worst public-relations maneuver of what we now call World War I: unrestricted U-boat warfare against passenger and merchant ships (Feb. 18), a campaign that by 1917 tipped a largely isolationist America into the conflict.

Harvard lost its first graduate to the conflict, a British army lieutenant, in November 1914. And on Feb. 15, 1915, Edward Mandell Stone ’08, then in the French Foreign Legion, was wounded in action. He died 12 days later ― the first American volunteer to lose his life in World War I.

In all, 100 years later, the war is still a puzzle that has kept generations of historians busy. It is the 20th century’s Russian novel, with a complicated cast of characters and locations. In 1914, a century of near-peace in Europe suddenly collapsed. The cataclysm, veteran and poet Robert Graves wrote, meant “extinction of each happy art and faith.”

“In Our Times: The Great War at 100” ― a keynote Thursday night and three panels Friday — was sponsored by the Mahindra Humanities Center. It was the first symposium-scale event in a three-year seminar on violence and nonviolence sponsored by the Center thanks to a grant from the Andrew W. Mellon Foundation.

“The Great War,” Harvard President Drew Faust said in greeting conference goers Friday, “introduced a level of brutality and revealed a capacity for human cruelty that has shaped our lives ever since.”

Scholars agree that World War I also set the stage for World War II, along with — in Faust’s words — “communism, Nazism, the Holocaust, and the Gulag.” Add to that, said Tufts University historian Leila Fawaz in the first panel, the remapping of the Middle East. The war began a “long process of reshaping identities,” she said, that is still violently at play today. (Fawaz, an expert on the fate of the Ottoman Empire shaken apart by the war after five centuries, is president of Harvard’s Board of Overseers.)

Moderated by Dean Martha Minow of the Law School, the title of the first panel, “The Transnational Theater of War,” was a reminder, Minow said, of the unprecedented global nature of the conflict. It was “an empire’s war,” agreed conference organizer Homi K. Bhabha, director of the Mahindra Center and a scholar of post-colonial literature. The British alone, he said, gathered troops from Australia, India, Canada, and Africa.

Panelist David Levering-Lewis of New York University covered the little-known African dimension of World War I. Next to him, Yale University cultural historian Jay Winter ― editor in chief of the three-volume “Cambridge History of the First World War” (2014) — provided a wide-lens view of the fighting.

Other panelists hinted at the Great War’s enduring echoes. Charles S. Maier, Harvard’s Leverett Saltonstall Professor of History, was scheduled to talk about “legacies of violence” in a session called “The War and Political Theory,” chaired by Harvard’s Richard Tuck, the Frank G. Thomson Professor of Government. In the same panel, Samuel Moyn, a Harvard professor of law and history, was to talk about “Aggression and Atrocity: From the Great War to the Forever War.”

Christopher Capozzola of the Massachusetts Institute of Technology was to take another tack on the war’s longevity, with a look at “the invention of American public opinion.” Capozzola is author of “Uncle Sam Wants You: World War I and the Making of the Modern American Citizen” (2008).

WWI shaped the century that followed, but it was also foreshadowed in the American Civil War of 1861-1865. In a lecture last month at the University of Cambridge, Faust explored “the long 20th century,” characterized by warfare that fatally combined highly efficient weapons with massed armies trapped in static positions. On Friday, she quoted diplomat and historian George F. Kennan, who described the 1914-1918 war as “the great seminal catastrophe” of the 20th century.

Looking back 100 years, even a gathering of experienced scholars ― Faust praised their “powerful influence” on understanding the war — still must wonder how it happened.

University of Oxford historian Margaret MacMillan was on hand to provide some guidance with “The Paradoxes of Peace,” her Thursday night keynote address at First Church in Cambridge. But viewers online and listeners in the church had already been warned not to ask her who started the war. “I’ll burst into tears,” MacMillan told an interviewer last summer. After all, it’s a question that is, at the same time, both common and unanswerable.

Her 2013 book, “The War that Ended Peace: The Road to 1914,” is 739 pages long. But there is a telegram version: The war did not have to happen. It was both a failure of imagination and a failure to speak up by those close to the architects of the war, said MacMillan. It came “appallingly quickly” after the assassination of Archduke Franz Ferdinand in June 1914, she said, and set in motion “the beginning of total war.”

While writing the book, a mantra ran through her head, she said: “Please don’t do it.”(MacMillan is the great-granddaughter of David Lloyd George, the British prime minister from 1916-1922.)

“Many people had gotten used to peace,” said MacMillan of the century after the Congress of Vienna had given Europe an informal mechanism for negotiating peace. The wars that had been fought in the 19th century, she said, tended to be short (one lasted just seven weeks); they involved few people (one was a contest between just two battalions); and they generally ended in decisive victories.

But tensions were building. In her book, MacMillan frames the apparent serenity of Europe — and its simmering tensions ― by looking closely at a single event, the Paris Universal Exposition of 1900. It was to be “symbol of harmony and peace” for mankind, French organizers said. But it also featured the “Maison Maxim,” a British building dedicated to the marvel of Hiram Maxim’s new machine gun.

MacMillan, who cautioned that her five tensions were not all of them, began with the conflicting impulses of modernity and tradition. On the side of modernity, Germany had created the first version of a welfare state, and opened the political realm to universal male suffrage. Cities were growing, along with industry — and the parallel empowerment of the working class. Artists were challenging conventions of representation.

But there were losers, she said, including the landed classes, which in Britain were represented by the “7,000 families” that traditionally had ruled the empire. There was a growing fear of terrorists and assassins, and a rise in political killings. Friedrich Nietzsche provided a sort of soundtrack for this unsettled world, said MacMillan, with his “repeated attacks on European society” and his sense that “something was going to crash.”

Then there was the tension between globalization and particularism, between those who thought of the world as a whole and those who preferred the comforts of particular places. “Not everyone wins in globalization,” said MacMillan, such as the embattled landowners in Britain who were challenged by an influx of cheap food from abroad.

Add to all this a growing friction between science ― growing by leaps, starting with Darwin in 1859 ― and what MacMillan called the forces of “irrationality,” which were sometimes as innocent as a curiosity about what makes humans human, or a feeling that science could not explain everything. Meanwhile, the European military class appropriated social Darwinism “to justify what they did” said MacMillan. They believed that nature needed predators and prey and that war was a natural state.

The increasing speed of modern life engendered fear, said MacMillan. “European society was worn out. It was moving too fast,” she said. Its traditions were under siege and its people ― some said — were weakened by city life.

Above all there was a “fear of people who were not like me,” said MacMillan. That was a consequence of growing immigration, and of the popular science of eugenics.

Perhaps most pointedly, there was tension between Europe’s growing militarism and the forces of universal peace. MacMillan sees the German-British naval arms race as a driver toward conflict; so was war’s enduring glamour. The counterpoint energies for peace, meanwhile, were enhanced by the labor movement’s Second International (1889-1916) and by wealthy peace advocates such as Andrew Carnegie and Alfred Nobel.

“In the end,” said MacMillan, “nationalism trumped international solidarity.” This fervor over nationhood had its ironies, of course. Close relatives linked by blood to Queen Victoria ruled most of Europe in those days, including Russia, Germany, and Britain.

The last act of the conference was to be its third panel on “Culture and Combat,” bringing literature into the historical and political discourse on the war with Freud and Proust (Yale’s Peter Brooks); metaphor and modernism (Columbia’s Sarah Cole, now busy on a study of H.G. Wells); and the poetry of WWI veteran Isaac Rosenberg (Harvard’s Peter Sacks, the John P. Marquand Professor of English).

“The habit of the humanities,” Bhabha said on Friday, is moral reflection of a kind that could prevent war and violence ― “an ongoing ethical responsibility that accompanies each moment in the process of thinking, doing, and making.”

W.H. Auden worried that war brought an “extinction of the spirit of the humanities,” said Bhabha. But then Hannah Arendt speculated in an essay on the skeptical Auden that “the activity of thinking” itself ― the basic training imparted by the humanities ― might be such that “it conditions men against evil-doing.”