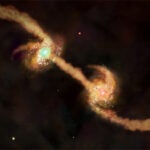 Aside from the obvious, what is it that distinguishes Mother Teresa from Sean Penn? Both performed charitable acts. Mother Teresa worked for decades in the slums of Calcutta, and Penn was among those who traveled to New Orleans to help victims of Hurricane Katrina.

But while the late Mother Teresa is today recognized as a near saint, Penn was widely mocked for bringing an entourage — including a publicist and a personal photographer — to document the aid effort.

Martin Nowak, professor of mathematics and biology and director of the Program for Evolutionary Dynamics (PED), Moshe Hoffman, a research scientist at PED, and Erez Yoeli, a visiting scholar at PED and a researcher at the Federal Trade Commission, might argue that the difference between the two could be chalked up to what the public perceives as contrasts in motivation. While Mother Teresa’s efforts were seen as purely altruistic, Penn’s actions suggested his aid might amount to little more than a publicity stunt.

To understand why it matters to people what Mother Teresa’s motives were, Nowak, Hoffman, and Yoeli have developed a first-of-its-kind model, dubbed the “envelope game,” that can help researchers to understand not only how cooperation evolved, but why people care so much about others’ motives. The model is described in a paper recently published in Proceedings of the National Academy of Sciences.

“For years, people have been asking those of us who study cooperation about the motive that is behind an action,” Nowak said. “The question was how do you get at that. How do you formulate a game theory where the motive makes a difference?”

The solution, Hoffman explained, was to add a new wrinkle to the traditional “cooperation game” used by researchers, one that offers players the chance to consider the costs of cooperation.

“What’s new about this game is that rather than simply deciding whether to cooperate or defect, you now have a new choice, which is whether to open this envelope,” Hoffman said. “Inside the envelope, it tells you the cost of cooperation. It’s either high or low. Basically, the envelope is a metaphor for considering the cost of cooperation before making a decision, and someone who’s very principled about cooperation, or a genuine altruist, they would never open the envelope.”

As outlined by Nowak, Hoffman, and Yoeli, the game works this way: Before deciding whether to cooperate, one player has the option of opening an envelope telling him or her whether the cost of cooperation is high or low. Based on that information, that player can choose whether to cooperate or not, and the second player — who knows whether the counterpart looked in the envelope — can then decide whether to repeat the interaction, with a new envelope, or end the relationship.

“What’s innovative about this model is we’re able to capture this notion that people care whether or not you’re principled,” Hoffman said. “What we see in real life is that people only choose to continue a relationship with those who don’t open the envelope, because someone who is a genuine altruist … they just cooperate without looking.” Where prior models were predicated solely on whether the players chose to cooperate or defect, this model, Hoffman said, introduced this additional factor, “and what that represents is whether or not you’re thinking about the cost of cooperation.”

The model can also help to explain why a New Orleans rescue mission ultimately became fodder for criticism.

“Previous models of cooperation would predict that people would cooperate with [Sean Penn] because he’s doing good,” Hoffman said. “Those models had a hard time capturing the fact that while [someone] … cooperated, it’s kind of a dirty form of cooperating. This new model allows us to differentiate because even though he’s cooperating, he’s someone who cooperates while opening the envelope.”

That’s not to suggest, Nowak said, that that sort of cooperation is bad.

“It’s simply a different type of interaction,” he said. “Because this model is the first of its kind, and it feels so different from all the other models, it took us some time to analyze it. And what we found is that there will be some situations in which you would only cooperate with a person if they don’t open the envelope. There may be other strategies — such as a business relationship — where you can continue to cooperate regardless of whether the other person looks. What we wanted to analyze is which equilibrium is chosen by evolution and under what circumstances.”

That analysis, Hoffman said, revealed the conditions under which people are more likely to trust those who do not open the envelope — that is, those who are true altruists — more than those who do.

“That analysis found that it needs to be the case that cooperating is usually very cheap, but once in a while it becomes very costly, meaning you’re very tempted to defect, but defecting really hurts the other player. If that happens, that’s exactly when we would expect people to care if you’re principled or if you’re a genuine cooperator, or if you open the envelope.”

If bringing a camera crew to document your rescue efforts in New Orleans is the real-world equivalent of looking in the envelope, Hoffman said, “the public knows that person is cooperating when it’s not costly, but that they would probably defect if they were really tempted, so that person can’t be trusted to be a stable cooperator.”

Since authentic altruists, he continued, never look in the envelope, they cooperate regardless of the cost.

“She’s not looking when the cost is low, so when it ends up being very costly, we know we can rely on her,” he said. “So Mother Teresa, even if she’s cooperating just as much as Sean Penn, in some sense she’s more trustworthy to cooperate even in cases where it would be really costly for her to do so.”

Understanding how motives affect cooperation, Hoffman said, is more than just an academic exercise. The model described in the paper also offers insights into a host of real-world situations ranging from politics to the boardroom and beyond, clarifying when people should care about motives as well as whether policymakers should respect these considerations.

Though earlier models might suggest that a politician who changes positions based on polls is merely responding to his or her constituents, Hoffman said this new model explains why such a person so often is branded as a “flip-flopper.”

“People say they aren’t genuine,” he said. “Our model suggests that people might be thinking, ‘Well, they support this position now, but what about a year from now, when it’s not as popular?’ ”

The new model could also be applied to the business world, Yoeli said, where managers could benefit from demonstrating their principles to employees. Yoeli adds that the model suggests when people should care if businesses are principled: when the firm’s temptation to misuse personal data or reduce the quality of their products varies considerably over time, and users will have already given up their sensitive information or be locked into the firm’s products.

The model sheds light onto laws banning practices such as prostitution or selling organs. According to Yoeli, this model suggests that laws banning the sale of organs enables policymakers or voters to signal their trustworthiness at the cost to those who are in need of a kidney.

“I don’t think this is the best model for capturing everything about cooperation,” Hoffman said. “If what you want to understand is why people reciprocate, or why people do good in the first place, the models of reciprocal altruism are very, very insightful. But this is the only model that can capture why we care about the motives of others, or why people want to be principled.”

Most importantly, the authors hope, this model can bring principled behavior and authentic altruism out of the domain of philosophy and theology and provide an evolutionary explanation for such phenomena.