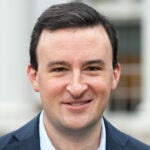 Hayden, an escaped slave who eventually made his way to Boston, was a prominent abolitionist and a state representative. He came to understand the roots of political power and the importance of education, according to those who have studied his life. And it was in that spirit, they believe, that his widow, Harriet, donated their estate on her death in 1893 to establish a scholarship at Harvard Medical School (HMS) for black students.

“The scholarship symbolizes hope for the future,” said Fletcher, a first-year student at HMS. “It’s inspiring to be part of that future.”

Stephen Kenney, director of the Commonwealth Museum, which this month opened a three-month exhibition on Hayden’s life, said that though Hayden had no official links to HMS, he had a strong connection with Henry Bowditch, a physician, ardent abolitionist, and Harvard Medical School professor. During his years working in Boston, Hayden met several abolitionists with Harvard ties and came to understand higher education as a gateway to wider opportunity.

“He had a sense of how the world worked and wanted to connect black students to that world,” Kenney said.

Hayden was born a slave in Kentucky in 1812. His first wife, Esther Harvey, and his son were sold to Senator Henry Clay, who sold them farther south. With his second wife, Harriet Bell, and her son, Joseph, Hayden escaped to Ohio in 1844. The three continued to Canada. In 1846 they arrived in Boston.

Hayden joined the abolitionist movement and the family home became a stop on the Underground Railroad. He helped free former slave Shadrach Minkins from federal custody during a trial to determine whether Minkins should be returned south under the Fugitive Slave Act. He was known to tell slavers that he had kegs of gunpowder near his door and would rather blow up the house than see the ex-slaves within captured.

Hayden, who ran a clothing store on Cambridge Street in Boston, was elected to the Massachusetts House of Representatives in 1873.

Kerri Greenidge, author of the 2006 book “Boston’s Abolitionists” and a faculty member at the University of Massachusetts at Boston, said that some of Hayden’s appeal rests in his embodying the American ideal of the rugged individualist and self-made man. He also personifies two essential — though conflicting — characteristics of American political tradition: rebellion and working within the system to achieve durable change.

“He was economically disadvantaged through life,” Greenidge said. “He was somebody born illiterate and enslaved who became very politically active, and knowledgeable about how politics worked in Massachusetts.”

Further, she said, he was always aware of his lack of education and how being denied education held African-Americans back.

“He was conscious of the fact that he was considered unpolished. His story is unique, but in many ways, there are lots of other Lewis Haydens out there.”

Hayden died in 1889. Harriet, who followed four years later, bequeathed their estate, totaling about $5,000, to HMS to establish “The Lewis and Harriet Hayden Scholarship for colored students.”

The scholarship’s purpose was to help black students at HMS, though it included stipulations allowing for other beneficiaries should there be no black students enrolled. In 1930, it was widened to include students at the Harvard T.H. Chan School of Public Health as well.

Today, the Hayden Scholarship is among 250 endowed and current-use scholarships offered to HMS students. Robert Coughlin, the School’s director of financial aid, said that the scholarship is part of some $18.2 million in need-based scholarships given to students this academic year. These scholarships go to approximately 60 percent of the student body and average $44,000 per student.

“The generosity of financial aid donors such as Harriet Hayden, combined with the School’s commitment to need-based financial aid, ensures that all candidates accepted to Harvard Medical School are able to pursue their medical education at Harvard regardless of financial need,” Coughlin said.

Fletcher, who received the scholarship as part of a package of financial aid offered by the School, grew up in South Florida and became interested in medicine while an undergrad at Yale University, where he worked at the free health clinic and also volunteered to present health education in New Haven’s public schools. He hasn’t yet decided on a field of medicine to pursue, but said that he does know he wants to help people through clinical practice.

“Patient care will be the crux of what I’ll be doing.”