Standing up for ‘Selma’ 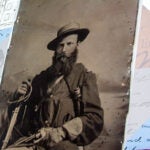 DuVernay stood firmly by her film last week, through what many have called a snub by the Academy of Motion Picture Arts and Sciences — the film received only two nominations, for best picture and best original song — as well as a bitter backlash over the movie’s portrayal of President Lyndon Baines Johnson.

First, on Friday, she showed the film at the White House for President Obama. As the opening frames rolled, DuVernay couldn’t help but remember that the first motion picture ever screened at the White House was the 1915 silent “The Birth of a Nation,” originally titled “The Clansman.”

“To be a black woman filmmaker screening [my] work and telling this story in that place was very emotional.”

On Sunday she was back in Selma, Ala., to march with members of the film’s cast from City Hall to the Edmund Pettus Bridge, where on March 7, 1965, hundreds of peaceful protestors were attacked by police. The singers Common and John Legend also took part in the event, performing their Oscar-nominated song from the film “Glory” and Simon and Garfunkel’s “Bridge Over Troubled Waters.”

“It was something beyond spectacle; a reigniting of a fire, that’s what we were hearing,” DuVernay said Monday at the AMC Somerville Theater, where she’d come for a screening of “Selma” sponsored by the Hutchins Center for African & African American Research and hosted by its director, Henry Louis Gates Jr.

The film tracks King’s campaign to march from Selma to Montgomery in an effort to expose state harassment of African-Americans who attempted to register to vote. It also explores King’s efforts to persuade Johnson to push forward the Voting Rights Act. Some critics — among them historians and former presidential aides — have complained that DuVernay distorts the historical record, casting Johnson as an obstacle to King’s plans instead of a partner in the effort.

Gates waded into the controversy, asking “What is the director’s responsibility to making feature films to the historical record?”

“I did not go into it trying to rehabilitate, celebrate anyone. … I am just telling the story the way I see it,” said DuVernay.”

A narrative that places African-Americans at its heart was bound to generate some negative reaction, she said.

“I think it’s so much about this uncomfortable space of people of color, women, people on the margins being at the center of their own story and allowing each person to have their own gaze upon history. Everything doesn’t have to be through one lens.”

DuVernay said she regretted that the “faux” controversy surrounding the film has deflected attention from the protests in response to police shootings in Ferguson, Mo., and New York City.

“It’s knocked off the front pages and out of the discussion the fact that black lives matter, because instead we are talking about the fact that this president’s life mattered so much … [instead] of the toxicity and tragedy around the breaking of the black body, around police aggression, all the things that are happening right now.”

Controversy swirled around the film’s poor showing in Thursday’s Oscar nominations. Fans flooded Twitter and Facebook, angry at the lack of diversity among the honorees, in particular DuVernay’s absence in the best director category. Having worked as a publicist in the industry for several years before becoming a director, DuVernay said she is “really clear on what [an Oscar nomination] is.”

“I wasn’t really tripping about everything that folks are up in arms about, because I didn’t expect it.”

She said she was disappointed for the film’s star, David Oyelowo, who was left out of the best-actor nominations despite receiving overwhelmingly positive reviews in the lead role.

Asked by Gates why King hasn’t been at the center of more films, DuVernay cited complicating factors in budgeting and scheduling, as well as estate and copyright issues, and then said, “I don’t think that studios have historical dramas with black protagonists at the top of their to-do list, that’s a big one.”

In fact, “Selma” was a personal departure. Before accepting the job, DuVernay was only interested in “contemporary images of black people.” But in figuring out a way into the story as a filmmaker she came to realize, “it was about the very basic idea that you do not know who you are unless you know where came from.”

As for her future, DuVernay said she hopes to emulate 84-year-old Clint Eastwood, the star-turned-director whose most recent film is “American Sniper.”

“I intend to be here for a long time.”