Pulling art from the bin 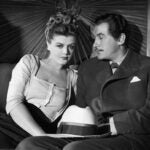 Designers for 'O.P.C.' get creative with recycled materials

For the past 15 seasons Jeannette Hawley has spent untold hours at the American Repertory Theater (A.R.T.). She never takes a bow on stage, but her creations always do.

As manager of the A.R.T.’s costume shop, Hawley is the magician designers enlist to bring their visions to life. “We do say we build the costumes,” said Hawley, “because we do engineer them.”

That detailed work, which helps establish the tone of a production, includes not just consultations with costume designers, but responsibility for fabrics that can move and breathe with the actors, won’t cause allergic reactions, and will withstand regular washings. It all happens three floors above the Loeb main stage.

Through the years Hawley has outfitted flying actors, actors on stilts, acrobats and tumblers, even a sorcerer for a spectacular quick-change illusion created by Teller, who recently took a break from his duties as the silent half of the comedy-magic duo Penn & Teller to co-direct a staging of Shakespeare’s “The Tempest.”

“That was one of the highlights, because I actually got to build a fabric magic trick for him,” said Hawley, who was required to sign a nondisclosure agreement promising to keep the costume’s secret before she sewed the first stitch.

On a recent afternoon in her crowded shop — lined with long tables, sewing machines, rolls of fabric, and spools of thread — Hawley and her team were hard at work on their latest challenge: using as much recycled, upcycled, and found materials as possible to create costumes for the premiere of Eve Ensler’s “O.P.C.”

The comedy by the activist-playwright best known for “The Vagina Monologues” tracks the life of a young dumpster-diving freegan struggling to come to terms with society’s consumerism, consumption, and waste, and the wishes of her mother, a candidate for senate. (The titular acronym stands for obsessive political correctness.)

The main character “lives in this world of pulling things together” said Hawley, who took a similar approach in her role, working in the spirit of “trashion” — wearable salvation for someone else’s junk. While many of the costumes were crafted from A.R.T. leftovers, some were fashioned from less-conventional fabrics.

“This is my project,” said Hawley, proudly holding up a section of material carefully crocheted out of strips of old T-shirts and plastic bags. “This will become a vest.”

Across the hall, members of the craft department were at work on other dresses for the show. One of the play’s couture gowns, created to resemble the skin of the African horned melon, was being embellished with painted golf tees. Other garments were fashioned from old lawn chairs, yoga mats, newspapers, and even discarded Halloween candy wrappers.

From trash to theater treasure

Similarly, members of the prop team took to Craigslist looking for free stuff, then hit thrift shops hunting for items they could use to decorate the set. Dumpsters were another resource. Among their ideas: furniture made from old road signs.

“I think it’s very much a play about invention and hope and possibility and so we wanted to kind of crack open the traditional paradigm for making theater and try something that was new,” said the show’s director, Pesha Rudnick. That novel approach was pushed beyond the props, sets, and costumes to the rehearsal room and even the audience. Limited numbers of scripts were printed to cut waste, and programs won’t be distributed in the theater.

A trash treasure hunt also played out at the A.R.T. scene shop, an 18,000-square-foot building in a nearby office park where sets are built from the ground up. The multifaceted shop, outfitted with heavy machinery, is, as Technical Director Stephen Setterlun likes to say, “a factory designed to build everything, because you never know what you’re going to get.” What he got with “O.P.C.” was the challenge of creating a set from garbage.

“I wanted the set to be the sculptural creation of the waste they can find in Cambridge,” said set designer Brett Banakis in a video posted on the A.R.T. website.

Setterlun was up to the task. One hundred and fifty stacked wooden pallets, courtesy of a local garden center, form part of the set. A towering wall on the stage is a second life for hundreds of cardboard boxes collected from five grocery stores in the early morning hours as deliveries rolled in.

One day, driving past a demolition in progress, Setterlun stopped his car and offered to haul away all the steel and plastic being tossed into a bin from the building’s third-floor window.

“These guys looked at us like we were nuts,” he recalled. “Then they said, ‘Sure, just make it quick.’”

The finished set is about 90 percent recycled materials, said Setterlun, who took the task in stride.

“Every day is just another challenge.”

The world premier of “O.P.C.” by Eve Ensler and directed by Pesha Rudnick will be performed at the American Repertory Theater through Jan. 4. For more information, including times and ticket information, visit the A.R.T. website.