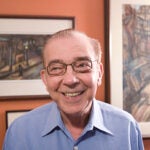 Eminent political theorist Danielle S. Allen, M.A. ’98, Ph.D. ’01, has been appointed both to the Faculty of Arts and Sciences (FAS) as a professor in the Government Department and to Harvard’s Edmond J. Safra Center for Ethics as its director.

The announcement was made jointly Thursday by Harvard University Provost Alan M. Garber and Edgerley Family Dean of the Faculty of Arts and Sciences Michael D. Smith. Allen succeeds Harvard Law School (HLS) Professor Lawrence Lessig as director. Lessig joined the Edmond J. Safra Center for Ethics in 2009 to direct a five-year “lab” focused on institutional corruption. The lab completes its work in 2015. Lessig will continue as Roy L. Furman Professor of Law and Leadership at HLS.

“The Edmond J. Safra Center for Ethics has a highly successful record as a catalyst and convener for important work in ethics, both at Harvard and beyond,” said Garber. “Danielle’s many intellectual achievements and engagement with multiple academic disciplines, as well as the broader public, make her an ideal candidate to direct its work. I am thrilled that she will soon return to the University. I would also like to thank Larry for his tremendous leadership.”

“It is my great pleasure to welcome Danielle to the FAS faculty and back to Harvard,” said Smith, who is also the John H. Finley Jr. Professor of Engineering and Applied Sciences. “She is a leading voice in the study of political thought, and will create captivating and dynamic ways for our students to explore some of the most critical questions facing society. As director of the Edmond J. Safra Center for Ethics, she brings the skills necessary to continue Harvard’s leadership in confronting the key ethical questions of the day.”

As director of the Edmond J. Safra Center for Ethics, Allen will expand on the center’s work to encourage teaching and research about ethical issues in public and professional life.

Allen said she looks forward to joining the faculty in the government department, as well as taking on her new role as director.

“The Edmond J. Safra Center for Ethics represents a seriousness about ethical life that I value immensely and a tradition of leadership in building pan-University conversations that also extend well beyond the walls of the University,” said Allen. “I personally hold dear the spirit of collaboration that has informed the work of the center for over 25 years now, and could not be more excited to have the opportunity to work with faculty and student colleagues to identify and build conversations around matters of pressing ethical significance.”

“Allen is a perfect director to continue the focus of the center on issues of practical ethical concern,” said Lessig, the center’s current director. “I am incredibly happy that she will join the center to continue its work.”

A renowned political theorist — especially for her expertise in the history of political thought, history of democracies, and Greek and Roman political history — Allen is currently the UPS Foundation Professor in the School of Social Science at the Institute for Advanced Study in Princeton, N.J. She previously served as professor of classics and political science and dean of the Division of Humanities at the University of Chicago.

Among many distinguished honors, Allen was a MacArthur Fellow from 2002-2006, the recipient of grants from the Spencer Foundation and Ford Foundation, a Franke Institute for the Humanities Fellow, and recipient of the Quantrell Award for Excellence in Undergraduate Teaching at the University of Chicago.

Allen is the author of four books: “Our Declaration: A Reading of the Declaration of Independence in Defense of Equality” (2014); “Why Plato Wrote” (2011); “Talking to Strangers: Anxieties of Citizenship Since Brown v. Board of Education” (2004); and “The World of Prometheus: The Politics of Punishing in Democratic Athens” (2000). In addition, Allen is the editor of “Education, Democracy, and Justice” (2013). She also has written numerous scholarly articles and reviews.

Allen was elected to the American Academy of Arts and Sciences in 2009 and serves as a member of the MacArthur Foundation Research Network on Youth and Participatory Politics. She also chairs the Pulitzer Prize Board, on which she has served since 2006.

The Edmond J. Safra Foundation is a leader in the support of medical research and health care, education, religion, humanitarianism, and culture. Edmond J. Safra was a prominent international banker and a dedicated philanthropist who supported countless causes in these areas.

Allen will join the FAS and begin her duties as director of the center in July.

For more information about the Edmond J. Safra Center for Ethics, see the website.