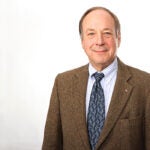 Range of backgrounds among prospective students

Harvard College Thursday night sent admission notifications to 977 prospective students through its Early Action program. The students, who represent a broad range of economic, ethnic, and geographical backgrounds, will have the opportunity to join the Harvard College Class of 2019.

“These 977 individuals present an exceptional array of academic, extracurricular, and personal accomplishments,” said William R. Fitzsimmons, dean of admissions and financial aid. “Whatever institution they choose to attend, we are certain they will leave a lasting mark on the world.”

Last year, Harvard’s Early Action program admitted 992 students to the Class of 2018. The year before, 892 were admitted, while 774 were admitted the year prior to that, when the program was restored following a four-year hiatus. While the number of students admitted through the program dropped slightly this year, Fitzsimmons said that early admission has become the “new normal” in many communities, and that many of the top students across the nation and around the globe continue to apply to colleges early.

First instituted in the mid-’70s, when Harvard and other peer institutions had significantly smaller application pools, Early Action was suspended with the Class of 2012 amid concerns that students were making premature college choices and that the program gave an advantage to students who attended secondary schools with greater resources and better college counseling. The program was restored for the Class of 2016 following the global financial crisis, when it became clear that many students from low-income backgrounds were interested in the certainty its early financial aid awards provided.

“Increasing pressure on secondary school students, especially in early admission, has also long concerned us,” said Fitzsimmons. “For this reason, we make it clear that whether a student applies early or regular has no bearing on our ultimate admission decision.

“We continue to recommend that students focus on which college would be the best fit and worry less about the timing,” he added. “Under Harvard’s Early Action program, students are not obligated to attend, and they are given the entire senior year to consider all their admissions and financial aid offers before making their final college choice.”

Fitzsimmons also pointed to a paper, “Time Out or Burn Out for the Next Generation,” that has been available for more than a decade on the Harvard admissions website. Written by Harvard officials, it offers strategies for coping with these pressures and advocates a gap year before college or taking time off during or after college.

This year, 5,919 students applied for early admission, compared with 4,692 last year. Harvard College Connection (HCC), a new initiative announced in October 2013, appears to have played a major role in this year’s early results. Bolstered by Harvard’s enhanced website and video capabilities along with a new social media program and traditional outreach, HCC was cited by many students in their applications.

“We are pleased to see such promising results in just the first year of HCC,” said Director of Admissions Marlyn E. McGrath. “We will continue to study the effect of these new recruiting efforts over the next few years.”

This year also saw a continued increase in minority admissions, with Asian-Americans making up 22.7 percent of early admits for the Class of 2019, compared with 21 percent last year. The percentage of African-American students also rose, from 9.9 to 10.3 percent, as did the percentage of Latinos, from 10.5 to 11.4 percent; Native Americans, from 0.9 to 1.2 percent; and Native Hawaiians, from 0.2 to 0.3 percent.

And women make up 49.7 percent of those admitted early this year, up from 45 percent of the Class of 2018. “We trust that recruiting efforts for women through HCC and other outreach had a significant effect,” said McGrath.

“Harvard’s revolutionary financial aid program once again provided the foundation for recruiting the majority of our applicants,” said Sally C. Donahue, Griffin Director of Financial Aid. “While most students have yet to submit financial information, preliminary staff estimates of financial need indicate a higher percentage of students this year come from economically disadvantaged backgrounds.”

Families with annual incomes of $65,000 or less are not required to contribute to their children’s educational expenses. Those with incomes from $65,000 to $150,000 pay on a sliding scale up to 10 percent of annual income, and need-based aid is also available to families with incomes greater than $150,000. Families with significant assets in all income categories are asked to contribute more. Home equity and retirement funds are not considered in the calculations, and students are no longer required to take out loans. Close to 60 percent of Harvard students receive need-based financial aid, with grants averaging more than $40,000.

Over the months ahead, faculty, staff, undergraduate recruiters, and alumni will use personal notes, phone calls, emails, regular mailings, and social media to reach out to admitted students with information about Harvard. Many Harvard clubs will host information sessions during the winter holidays and in April. All admitted students will be invited to Cambridge on April 25-27 for Visitas, a comprehensive program that enables students to experience life at Harvard firsthand.