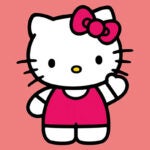 The legalization of same-sex marriage in many states was a titanic step forward for the LGBT community, but the community still faces a number of challenges in gaining full equality, according to Mary Bonauto, a leading lawyer in the field.

Such issues include changing public attitudes toward lesbians, gays, bisexuals, and transgenders; curing HIV and AIDS; and providing protection for transgender people, said Bonauto, director of the Civil Rights Project of the Gay & Lesbian Advocates and Defenders (GLAD). “The community is strongest when people are included and respected for who they are rather than locked out,” she said.

Bonauto spoke Tuesday at a brown-bag luncheon at Harvard Law School (HLS), during which she was interviewed by Dean Martha Minow and fielded questions from students in the audience.

Minow recognized Bonauto as a pioneering voice in the movement to gain legal recognition for gay and lesbian couples. “She’s sometimes described as the Thurgood Marshall of the same-sex marriage movement,” Minow said.

GLAD filed the case Goodridge v. Department of Public Health in Massachusetts, and in 2003 the Supreme Judicial Court ruled that the state’s constitution allowed same-sex marriages. Massachusetts was the first state in 2004 to issue marriage licenses to gay couples.

Bonauto said she came to GLAD in 1990, a time when overt violence against the gay community was rampant. Law enforcement agencies did little to stop it, and in some instances were suspected of taking part, she recalled. A 1986 Supreme Court ruling upholding the state’s power to prosecute “sodomy” made it seem criminal to be gay.

She joined the rights organization thinking she would put in a couple of years representing clients in sexual-orientation and discrimination cases and then go back to private practice. A quarter century later, she’s still there.

Bonauto said she didn’t take same-sex marriage cases when she started because it was too early for the fledgling movement to take on the issue. Instead, she started with the goal of making lawyers understand that gay clients had legitimate claims of discrimination.

“It’s one of those steppingstones,” she said.

The first partial win in a same-sex marriage lawsuit came in Hawaii in 1993, in a case that argued sex discrimination under the state constitution. Three years later, President Bill Clinton signed the Defense of Marriage Act, one provision of which invited the states to enact policies against same-sex marriage, Bonauto said.

Instead, ruling on a suit brought by Bonauto and two Vermont attorneys, in 1999 the Vermont Supreme Court found that same-sex couples deserved the same legal protections as married heterosexuals. In 2000 Vermont Gov. Howard Dean signed a civil-union law, and in 2009 the state legalized gay marriage.

Students asked about Bonauto’s background and why she got into the legal profession. She replied that she had been interested in correcting wrongs since she was a child. When she came out as a lesbian, she said, she felt like her life was over — but then she decided she could suffer or fight the system.

“Sometimes I think it’s because I had three brothers and was the only girl, so I had to work to make things right,” said Bonauto, who this year won a MacArthur Fellowship.

Amal Elbakhar is a second-year law student from New York who wants to specialize in impact litigation, using laws to make social change. She called Bonauto’s hourlong appearance inspirational. “I think it was fantastic,” Elbakhar said. “It kind of gave us insight into what is happening in the field.”

Fady Khoury, a student in the LL.M. program, said he found the LGBT movement in the United States offers lessons that can be applied at his home in Palestine. “Understanding the history and challenges the supporters faced is paramount to understanding how to operate in this world,” Khoury said.