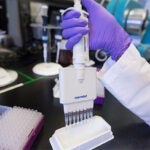 Funding the next generation of scholars

It seems that these days everyone knows at least a little about computers, from the 3-year-old who can confidently maneuver through his parents’ iPad to the 93-year-old grandmother who has a presence on Facebook. We are constant consumers of media. We are — whether we like it or not — surrounded by computational media.

But what about creating media? Most of us don’t have nearly as much experience creating it as we do consuming it. So are we selling ourselves short? The late Steve Jobs of Apple was known for, among other things, saying, “Everybody in the country should learn how to program a computer … because it teaches you how to think.”

Harvard’s Karen Brennan couldn’t agree more. “I believe that learning how to code — learning how to program a computer — essentially how to create, should be for all kids and not just for some kids,” said the assistant professor of education at the Graduate School of Education.

Brennan recently spoke to a gathering of nearly 50 at the Harvard Allston Education Portal as part of its Faculty Speaker Series, which aims to bring Harvard faculty members to the community to discuss topics that are timely and interesting, and to provide exposure to things that are relevant and visual.

Brennan is one of the developers of Scratch, a free online computer programming language that allows users to create stories, games, and animations. She, together with her colleagues, developed the program while working on her Ph.D. at the MIT Media Lab.

Scratch is a powerful, integrative, and collaborative way of learning. Created in 2007, it has more than 4.3 million users worldwide, mainly between the ages of 8 and 18. It is translated into more than 60 different languages and houses more than 6.7 million projects.

Scratch lets children not only create, but share ideas, passions, and learning. Some users make tutorial projects for each other. Others work together, oftentimes cross-country, to create their own “production companies,” sharing their work with other users.

At the Ed Portal talk, nearly a dozen kids were scattered among the audience. Their parents, some of whom are currently learning Scratch as part of the Ed Portal’s Mentoring Program, said they attended because they wanted to be able to understand and support their children’s growing excitement and interest in programming.
“I really like the freedom of actually being able to do what you want, when you want, and I like being able to share what I create with other kids who use Scratch as well,” said 10-year-old Cora Cloherty of Brighton.

“This is learning in a very different way,” said Brennan. “Kids were used to being told how to think, how to memorize. This allows them to be in control. It takes some time, but once kids have a little taste of being creative, many of them don’t want to look back.”

Another benefit is the growing diversity of those involved.

Girls Who Code, a group that provides computer science education and exposure to young women, recently found that just 0.3 percent of high school girls select computer science as a college major. Scratch hopes to help bump up those numbers. And according to Brennan, it’s heading in the right direction. Approximately 40 percent of Scratch users today are female.

“This is not about wanting everyone to become a computer scientist,” said Brennan. “Just like the ability to read, it’s about computational fluency for everyone and the ability to think and create.”