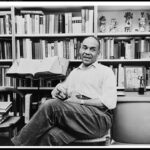 Growing up in the late 18th century, John James Audubon regularly skipped school and headed to the fields, spending his early years developing the techniques that led to his career as a famed naturalist who made pioneering contributions to art and science.

Evidence of Audubon’s growth into an expert ornithologist and artist is evident in a Houghton Library collection of 114 drawings, one of only two such extensive collections of his early work. Created between 1805 and 1821, they are some of the earliest existing Audubon originals. Throughout his career, the artist would destroy his drafts, keeping only the best version of each species he drew. No works dated before 1803, when he was 18 years old, have been discovered; the Houghton drawings likely survived because Audubon patron Edward Harris had them in his possession.

Audubon’s progression is evident across the collection. Mechanical representations in 1805 yield to fluid works of colors that are vibrant and soft, details that are strong and intricate, birds in flight and at rest. The works provide an artistic bridge from the sparse profiles standard at the time and the lushly detailed portraits that became Audubon’s signature.

These early works are also some the first known scientific illustrations of animals in lifelike poses in their natural environments. “What he did that was unusual was not only posing them in a different way, but including plant material, trees, a bit of their natural habitat,” explained Leslie Morris, curator of modern books and manuscripts at Houghton. “In the Houghton drawings, you can really see that developing over time.”

“The attention to detail is phenomenal,” added library conservation specialist Debora Mayer, who performed the preservation work on the drawings. “He’s included information about the feathers and patterns. He used graphite on top of pastels to capture the iridescence of the coloring.”

Each of the 114 works has been digitized and posted online, accessible to anyone with an Internet connection. Researchers across the globe can zoom in for high-definition details of two ivory-billed woodpeckers on a tree trunk, a white-throated sparrow with berries, a summer tanager on a black locust tree, or a Carolina parakeet clutching a nut amid leaves.

Viewers are often awed by the drawings’ beauty, which Audubon credited to nature itself. “The worse my drawings were,” he wrote, “the more beautiful did the originals appear.”