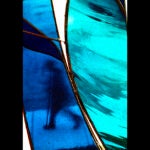 The multitalented musician Prince’s painful past as a child of divorce is the key to understanding what makes him tick — and what makes him an icon to Generation X, according to Touré, the cultural critic and author.

Born in 1958, Prince is a baby boomer. But Touré, speaking Tuesday on the subject “I Would Die 4 U: Why Prince Became A Gen X Icon,” said Prince’s latchkey beginnings let him connect with Gen X in a way that his contemporaries couldn’t.

“He spoke to the things we cared about, our desires, our fears, our longings, and that’s a larger part of why he became an icon,” said Touré, at 41 a Gen Xer. “He was a knowing big brother, helping Gen Xers know who they wanted to be in the world.”

Divorce is a reality that binds Generation X, which refers to the 45 million Americans born between 1965 and 1982. The generation before, just 10 women in 1,000 divorced. By 1980, that number skyrocketed to 22 per 1,000, Touré said in the first of the three-part Alain LeRoy Locke Lecture Series, which is sponsored by the W.E.B. Du Bois Institute for African and African American Research.

Prince would experience divorce at a young age.

Born Prince Rogers Nelson in Minneapolis to John L. Nelson and Mattie Shaw, his parents divorced before he was 10. Constantly shifting between homes and changing addresses more than 30 times left an indelible mark on Prince. Despite his ups and downs, Prince reconciled with his father. Although there were awkward public reunions later in life, Prince rarely spoke of his mother, who he believes abandoned him for another man.

“He kept a lot of feelings to himself,” Touré said. “He has been shaped by being functionally abandoned by his mother.”

Between the lines of his lyrics, there are heart-wrenching cries for her, Touré suggested, such as in “When Doves Cry,” when the singer asks, “How can u just leave me standing alone in a world that’s so cold?”

For many, Prince’s music became a soundtrack for latchkey children who learned to raise themselves, just as he had brought himself up.

A small, nerdy, solitary boy, Prince sought to shape his own life by controlling everything within it.

Prince taught himself to play enough instruments to be his own band. Bands then became his surrogate family. Yet unlike parents happy to see their children succeed, Prince would fire members when they dared to want to leave the nest. To those who tried to know him, Prince could be as mysterious as the wordless love symbol that for a time in the late 1990s replaced his name.

Being born at the tail end of the ’50s allowed Prince to absorb the brightness of ’60s pop, soul, and rock music while sounding less-sunny themes that resonated with a Gen X weaned on the Watergate break-in and soured by growing sexually aware as the deadly AIDs epidemic emerged.

Another theme of his music, apathy toward nuclear annihilation, resonated with Gen Xers in his 1982 hit single “1999.” Prince suggests everyone give up running from the mushroom cloud and party: “Tryin’ 2 run from the destruction. U know I didn’t even care.”

Touré is author of last year’s “Who’s Afraid of Post-Blackness: What It Means to Be Black Now,” which looks at the shifting definitions of black identity in the 21st century.

After the lecture, Touré said that Prince — who early in his career was coy about his ethnicity — was a post-racial artist for a generation that eagerly overlooked skin color to embrace Bill Cosby, Eddie Murphy, and Michael Jordan as among the first major black crossover stars.

“Prince refuses to be pigeonholed,” Touré said. “There’s nothing wrong with crossing over. That’s the post-black ethos right there.”

Touré delivered the lecture at the Barker Center with moderator Henry Louis Gates Jr., the Alphonse Fletcher University Professor at Harvard University and  the director of the W.E.B. Du Bois Institute.

The Alain LeRoy Locke Lectures were named for the father of the “Harlem Renaissance,” who lived from 1885 to 1954 and graduated from Harvard in 1907.

The lectures are co-sponsored by the Department of African and African American Studies, the Du Bois Institute, and Basic/Civitas Books.

Touré picks up today (March 21), with “Prince and Gen X Sexuality” and concludes Thursday with “Prince as Christ Figure.” Both lectures begin at 4 p.m. at the Barker Center.