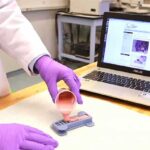 Build your own bot

Could the stars be aligned for Pluto to reassume its place in the galaxy?

The International Astronomical Union (IAU) voted in 2006 to demote Pluto from planetary status. But after an hourlong debate Thursday night between planetary science experts on what constitutes a planet, an audience packed into Phillips Auditorium at the Harvard-Smithsonian Center for Astrophysics (CfA) voted to restore it to its former rank.

The audience favored the argument by Dimitar Sasselov, director of Harvard’s Origins of Life Initiative, who said he isn’t ready to pass judgment on what constitutes a planet, as deep-space exploration turns up new discoveries. For now, he defined a planet as the smallest spherical lump of matter that is formed around stars or stellar remnants.

“Let’s keep Pluto a planet until we sort it out,” Sasselov said.

The debate was part of “Observatory Nights,” a series of astronomical talks held at the CfA on the third Thursday of every month during the academic year. This talk was moderated by David Aguilar, director of science information at the center.

Aguilar explained that Pluto’s demotion remains controversial. Only about 400 astronomers voted on the measure in 2006, just a fraction of the world’s total. Also, Pluto was reclassified as a dwarf planet. If a dwarf tree is still a tree, Aguilar reasoned, why isn’t a dwarf planet a planet?

Indeed, people have used their own definitions for heavenly bodies for centuries, and those categories reflect not just science, but current culture, said Owen Gingerich, professor emeritus of astronomy and of the history of science at Harvard and a senior astronomer emeritus at the Smithsonian Astrophysical Observatory.

The first evidence of people tracking the planets is the Venus tablet of Ammisaduqa from 1700 B.C. By 1543, people had accepted that planets revolve around the sun. By the 18th century, more powerful telescopes allowed astronomers to expand the solar system to include Neptune, Uranus, and the minor planet Ceres. But by 1850, Gingerich said astronomers felt there were too many planets and began declaring minor planets asteroids.

“What is a planet is a culturally defined word that has changed over the ages,” Gingerich said. “The IAU was foolhardy to try and define the word planet.”

By 1930, Pluto had become the ninth planet, after its discovery by Clyde Tombaugh. Percival Lowell, founder of the Lowell Observatory, predicted its presence in 1906, and it is named in part for him. However, it didn’t take long for science to chip away at the solar body of rock and ice, according to Gareth Williams, associate director of the Minor Planet Center.

“Pluto seemed to shrink over the years,” said Williams. In 1930, it was calculated to equal roughly the mass of Earth. Today we believe Pluto has a mass just 1/459 of Earth.

As new solar objects are discovered, Williams explained that the public increasingly has called those objects planets, making a new and comprehensive definition necessary. So, in 2006, the IAU came up with a wholesale reclassification of objects in the solar system. There are planets, dwarf planets, and solar system bodies.

A dwarf planet is any other round object that “has not cleared the neighborhood around its orbit, and is not a satellite.” And that, Williams said, describes Pluto.

But Sasselov won’t rule out Pluto yet. The Kepler spacecraft, launched in 2009 to hunt deep space for planets that are like Earth, has discovered objects that orbit stars — some smaller than Pluto, others larger than Earth. It has challenged conventional wisdom of what is a planet.

“What the Kepler mission has taught us is that planets are a diverse lot, way beyond what we’ve seen in our solar system,” Sasselov said.