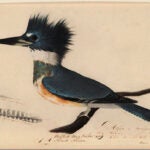 Musical, film spotlight difficulties of being gay in African nation

The musical production, which had its world premiere at the American Repertory Theater (A.R.T.) last spring and expects to hit Broadway next year, is based on Griffin Matthews’ trip to the African nation after his church kicked him out because he was gay. Matthews booked a one-way ticket to Uganda, where he began volunteering with an orphanage, and was quickly captivated by the desires of impoverished youths to obtain an education, which isn’t free in Uganda.

So Matthews founded the Uganda Project, which provides tuition, medical, and housing assistance for students there. He never expected it would become the backdrop of a musical production.

“I thought it was the worst idea ever!” he recalled.

But Matthews’ partner and show co-creator, Matt Gould, began secretly recording his rants about the complexities of international aid work and set music them to music, “and that was really the start of ‘Witness Uganda,’” said Matthews, “which was originally a one-night benefit concert in New York in a rinky-dink theater, but it just kept going.”

The show inspired McCarthy, a lecturer on history and literature and the program director of Harvard’s Carr Center for Human Rights Policy, to launch The A.R.T. of Human Rights, which “seeks to use the arts and humanities to explore the most pressing human-rights issues of our time,” he said.

The yearlong series kicked off Tuesday night at Oberon with a discussion involving McCarthy, Matthews, Gould, Malika Zouhali-Worrall, co-director and producer of the documentary “Call Me Kuchu,” and John “Long Jones” Wambere, co-founder of Spectrum Uganda Initiatives and a participant in “Call Me Kuchu.”

The film depicts the struggles of gay Ugandans, who are prosecuted and physically harmed for their sexuality. The movie centers on the life of activist David Kato, who was murdered in 2011.

McCarthy pressed the panelists to address why they were moved to make art about difficult topics, and how they settled on the media of film and musical theater.

Originally a journalist, Zouhali-Worrall said she was frustrated by the limitations of written reporting. “I wasn’t interested only in the news, I was interested in people’s gestures, their personalities, and who they were, their characteristics, and I think that’s something that film enables you to capture in a really special way,” she said.

“I think the thing about musical theater is that it’s an angry art form,” said Gould. “At least for me it is, because I’m a little angry, and it lends itself well to taking individual moments and exploding them into mind-bending, loud, in-your-face, emotional songs. And I think a lot of times we mistake musical theater for being light and fluffy, and the truth of the matter is that the history of musical theater is steeped in writers who were writing about war and racism and love and art and these difficult subjects.”

Working in Uganda is not only difficult for Matthews and Gould, but dangerous, too. Because of the show’s growing popularity, the duo recently returned to Uganda to inform their students they were gay — a risky decision, because it could call unwanted attention to the schoolchildren.

“But we had to bring them into the conversation,” said Gould.

Choosing to involve himself in “Call Me Kuchu” was also a perilous move for Wambere, who justified the risk, saying, “When you notice you’re being oppressed, you want to stand out and make your stand.”

Now seeking asylum in the United States, Wambere has mixed emotions about leaving his home. His family is there, and his reach is limited from abroad. But his fight goes on.

“The more I cry, the more I break,” he said. “But it does not help me to change the world.”

The next event in the A.R.T. of Human Rights will take place on Oct. 20. Here is the full schedule of events.