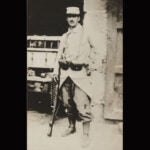 ‘The choicest of their kind’

Often the lights go down on the main stage of the American Repertory Theater (A.R.T.) in the summertime, but not this year. The Loeb Drama Center is abuzz with “Finding Neverland” a musical based on the life of J.M. Barrie and the inspiration behind his story “Peter Pan.”

On Tuesday, the Brattle Street playhouse was humming with an eager young crowd. After making their way from Roxbury, 20 budding playwrights ages 10 to 14 spilled off a yellow school bus and into the Loeb as part of a collaboration with the A.R.T. and 826 Boston, a nonprofit that helps young students develop their writing skills.

Throughout the five-week theater and writing program, the students are crafting short plays inspired by the magical themes in “Neverland,” with help from 826 Boston tutors and A.R.T. professionals. Their works will come to life during a one-night performance at Boston’s Strand Theatre on Aug. 15.

Prior to seeing “Neverland” on Tuesday evening, the students received feedback on their early efforts from cast members and A.R.T. Artistic Director Diane Paulus.

“We wanted to offer the students a little more inspiration as they go into their second drafts about how to use their imaginations and just some encouragement to really go wild with what they think up,” said Georgia Young, the A.R.T.’s education and community programs assistant.