Mendillo to step down 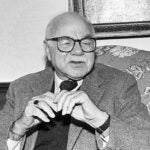 Jane Mendillo, who led Harvard University’s investment arm through the troubled waters of the global financial crisis into the renewed growth and relative stability of recent years, will step down at the end of the year, she announced today.

Mendillo, who has served as president and chief executive officer of Harvard Management Company (HMC) since 2008, will depart after stabilizing an organization in transition and revamping its investment strategies. During her tenure, she hired new staff, including senior managers, and put a stronger emphasis on liquidity, flexibility, and risk management in HMC’s investments. Since the depths of the financial crisis, Harvard’s endowment, overseen by HMC, has averaged 11.3 percent annual returns and grown from $26.1 billion in 2009 to $32.7 billion in 2013.

HMC also has increased its emphasis on sustainability, hiring its first vice president of sustainable investing, and earlier this year signing the United Nations-supported Principles for Responsible Investment.

“I am incredibly proud of the work we’ve done over the last six years,” Mendillo said. “I came back to the company in 2008, just as the financial crisis was unfolding. It certainly had a big impact on the portfolio, but since then the portfolio has recovered and is firing again on all cylinders. The team has really done a terrific job, and we have great leadership across the board in every part of the organization.”

While those familiar with her tenure acknowledge the importance of Mendillo’s organizational acumen, they invariably first mention her cool leadership during the global financial meltdown.

“She started in July, and Lehman Brothers folded in September. She barely had time to settle in,” said HMC board member Glenn Hutchins, founder of the technology-focused investment firm Silver Lake. “I think she did a terrific job, both managing the crisis and managing the organization. She’s a great leader, cool, calm, and decisive in moments of great threat for the organization and the University.”

Mendillo, 55, leaves after 21 years at HMC. From 1987 until 2002, she was a senior investment officer there, eventually becoming vice president of external investments, responsible for a portfolio of some $7 billion. She left HMC in 2002 to head investments for Wellesley College, before returning to HMC in 2008.

After decades in the fast-paced investment world, Mendillo said she will spend her time pursuing other interests, such as working on several nonprofit boards on which she sits. She conveyed her decision to Harvard President Drew Faust and HMC board chairman and Harvard Treasurer James Rothenberg a few months ago. She said that the time is right for change at HMC, since the organization is in a strong position to handle such a leadership shift.

“As much as I’ve loved this work, and I can’t imagine a better job, there are other things I’ve wanted to do, or do better,” Mendillo said. “I have interests in education and music, and I’d like to get closer to the Boston community.”

Faust, who sits on HMC’s board, praised Mendillo for “farsighted” leadership, for strengthening risk management in the portfolio, and for introducing fresh concepts to its management.

“Jane has been an excellent leader for HMC and a true partner for the University. She has repositioned the endowment and reestablished a world-class investment platform to support Harvard and all of its activities for many years to come,” Faust said. “Jane has strengthened risk management and operations, introduced new ways of thinking and investing into the portfolio, and has fostered greater alignment with the University.  She has also elevated attention to sustainability in HMC’s investment processes and decision-making. I am deeply grateful to Jane and I will miss her thoughtful and farsighted leadership.”

HMC oversees management of Harvard’s institutional investments, most significantly its endowment, which is critical to the University’s operations, providing more than a third of its budget annually. Since the financial crisis, endowment growth has regularly exceeded an internal benchmark, called the Policy Portfolio. Recent years’ growth occurred despite higher than usual withdrawals to help stabilize Harvard’s budget during difficult economic times.

Rothenberg also said he was sorry to see Mendillo depart. He gave her high marks for bringing in new investment professionals and strengthening both the organization and the portfolio.

“Under Jane’s leadership, HMC has consistently outperformed its benchmark over the last five years, delivering over $1.5 billion of added value to the University over the Policy Portfolio,” Rothenberg said. “She elegantly managed the endowment through the financial crisis and attracted a broad slate of high-caliber professionals to strengthen the organization and position the portfolio for strong, long-term returns. I am very sorry to see her go, and I join Drew Faust and the entire HMC board in congratulating Jane on her accomplishments and thanking her for her substantial contributions to HMC and the University.”

Other board members echoed Faust and Rothenberg, including William Helman, a partner of Greylock Partners investment firm. Helman also praised Mendillo’s leadership through the financial crisis, but added that somewhat lost in the glare of the crisis was the work she did to stabilize an organization that had been in transition for several years. Mendillo brought stability and coherence to both the organization and its investment strategy, Helman said.

“The part that people don’t quite focus on is that HMC had been through a pretty tough period, a lot of transitions. The organization was not stable; there was just a lot going on internally that Jane walked into,” Helman said. “She did an amazing job stabilizing the organization, building the organization, recruiting an amazing team … She re-established an investment strategy. It wasn’t just the external and obvious financial crisis. There were a lot of other things that she walked into that required a lot of focus, a lot of energy, and that were really quite difficult.”

John Powers, president and chief executive officer of the Stanford Management Company, which oversees that university’s endowment investments, said that HMC’s situation must have made managing the financial crisis that much harder.

“I think she took a place in a good bit of disarray, stabilized it, and restored order, and has done a really nice job,” Powers said. “[The financial crisis] was stressful on people who’d been in their jobs for 20 years. I can’t imagine coming in and inheriting that crisis, day one.”

“Not only is she a superb investor, she is also a wonderful manager. Succeeding at Harvard Management requires both talents. Jane will be extremely difficult to replace,” Swensen said. “She took the job at an incredibly difficult time…. Jane did everything humanly possible to preserve assets in an unimaginably complex and challenging environment. She then positioned the portfolio to reap the rewards of the subsequent recovery. Throughout her time at Harvard, she not only managed the assets with aplomb; she also strengthened her team significantly. Jane is the real deal.”

“As the head of the organization, she took the helm in what really was a perfect storm, but she managed to bring the ship into port,” Golden said. “[She] deserves a lot of credit for that. It was a big job.”

HMC board member Paul Finnegan, who will take over as Harvard’s treasurer on July 1, said that Mendillo was faced with a number of “legacy issues” that she had to deal with along with the crisis, and that she will leave behind an organization poised for future success.

“It is an extraordinary organization,” Finnegan said. “I think, given some of the actions she’s taken, that we’re well positioned to do well going forward.”

Helman agreed, saying that Mendillo will be evaluated at least in part on how the endowment performed during her tenure, but that some of the strategies she put into place, such as investing in natural resources and real estate, will continue to bear fruit many years after her departure.

“Jane put in place a number of investment strategies that will only play out over a long period of time,” Helman said. “I think they will prove to be terrific.”

While the financial crisis presented an immediate challenge, Mendillo said, it also presented opportunities. HMC was able to hire talented individuals who were on the job market, and find promising investments in areas battered by the turmoil, such as real estate.

Mendillo plans to stay on through the end of the year to ease the transition as the University searches for her successor, a process just getting underway.

“The work HMC is doing today — on everything from asset allocation to internal trading, to direct deals, to fund investing, to investment operations — is better than it has ever been,” Mendillo said. “This excellent teamwork and the resulting investment judgment it enables will have a lasting positive impact on the portfolio. I can’t imagine a better way to spend a career or a more noble cause. It has been my privilege to serve Harvard University.”