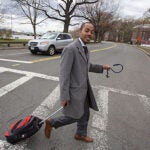 It may be hard to fathom now, but just a decade ago, when today’s graduating college seniors were entering middle school, research using embryonic stem cells, building blocks that can become every cell and tissue type in the human body, was at the center of a political and religious firestorm.

Just three years earlier, in 2001, the White House had issued an executive order barring the use of federal funds for embryonic stem cell research.

Yet some Harvard officials rallied behind the vital nature of research that held promise of ultimately producing treatments and cures for a host of intractable, often fatal diseases, from diabetes to cancer to Parkinson’s disease to heart disease to Alzheimer’s disease. Lawrence H. Summers and Steven E. Hyman, who were then, respectively, Harvard’s president and provost, asked: If not Harvard, where? If not now, when? With the help of Harvard scientists and a core group of dedicated philanthropists, they launched the Harvard Stem Cell Institute (HSCI) as a bold new experiment in interdisciplinary, cross-institutional research.

What began with a group of about two dozen principal investigators in Harvard’s Schools and affiliated hospitals as a pragmatic solution to a political and funding problem now is a world leader in the exploding field of stem cell biology, with 100 principal faculty members, and more than 1,000 scientists from the undergraduate to postdoctoral level.

And as HSCI enters its second decade, many of the scientific dreams of 10 years ago are close to fruition.

Doug Melton, Harvard’s Xander University Professor and HSCI founding co-director (with Massachusetts General Hospital hematologist and oncologist David T. Scadden), who has been dedicated since the early 1990s to curing type 1 diabetes (with which his son and daughter live), has said, “My diabetes work would be impossible without the collaborations made possible by HSCI’s unique model — because HSCI isn’t a place. It isn’t a building or a group of buildings. Instead, it’s an idea — the idea that if we could gather together the brightest minds in developmental biology, in neurobiology, in bioengineering, in genetics, and in clinical medicine, from all the myriad parts of the Harvard system, and add to that collective genius the best scientists we could attract to Harvard from other institutions, we could advance stem cell biology and unlock its promise at a record-breaking pace. And that’s what we’ve done.”

Not only do Harvard’s stem cell scientists and their collaborators publish more papers in the field, and more influential ones, than any other group of scientists in the world, but in just the past 18 months they have made the following significant advances:

Perhaps the most important advance of the past decade, though, was the discovery of the apparently limitless mutability of cells, which has allowed one form of adult cell to be turned into another. Coupled with HSCI work that has allowed human diseases to be studied in human cells in laboratory dishes, that development promises far more breakthroughs in the understanding and treatment of diseases in the coming decade.