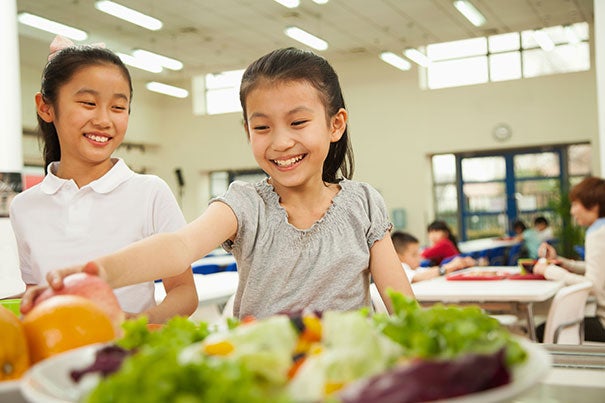 Harvard stem cell scientists have successfully converted skins cells from patients with early onset Alzheimer’s into the types of neurons that are affected by the disease, making it possible for the first time to study this leading form of dementia in living human cells. This may also make it possible to develop therapies more quickly and accurately than before.

The research, led by Tracy Young-Pearse  and published in the journal Human Molecular Genetics, confirmed what had long been observed in mouse models: that the mutations associated with early onset Alzheimer’s are directly related to protein cleavage errors that cause a rise in amyloid-beta (Aβ) protein 42, which all people produce but which somehow clumps together to form plaques in Alzheimer’s patients.

“We see this mild increase in Aβ42 in cells from patients with Alzheimer’s disease, which seems to be enough to trigger disease processes,” said Young-Pearse, a Harvard Stem Cell Institute-affiliated faculty member at Brigham and Women’s Hospital. “We also see increases of a smaller species of amyloid-beta called Aβ38, which was unexpected, since it should not be very aggregation-prone. We don’t fully understand what it means, but it may combine with other forms of amyloid-beta to stimulate plaque formation.”

The patient-derived cells also possessed the second hallmark of Alzheimer’s: high amounts of the tau protein, or more accurately tau that has been distorted so that the proteins tangle together. The relationship between amyloid-beta and tau is an ongoing chicken-and-egg debate in Alzheimer’s discussions, with some researchers associating one, the other, or both, with the cause of the disease. But with the human cells, Young-Pearse and her team, including postdoctoral fellow and study first author, Christina Muratore, could demonstrate that preventing amyloid-beta imbalances reduced levels of distorted tau.

“We used two different antibodies — one of which has been in clinical trials for Alzheimer’s — to neutralize the effects of amyloid-beta and showed that you’re able to rescue changes in tau,” Young-Pearse said. “Not only is it important experimentally to show that tau elevation is due in some part to altered amyloid-beta accumulation, but it also shows that this is an excellent system for testing different therapeutic options.”

Clinical trials to treat neurodegenerative diseases such as Alzheimer’s have a historically high failure rate, partially because potential drugs are derived from research in nonhuman models. Young-Pearse and colleagues believe that their strategy of using induced pluripotent stem cells to reprogram patient skin cells into neurons of interest could be used to predict which therapeutics will best help early onset Alzheimer’s patients.

Alzheimer’s disease comes in two forms. Both possess the well-known cognitive decline and memory loss, but they occur at different times in a patient’s life. Early onset or familial Alzheimer’s, which can begin to manifest in a person’s 30s, 40s, and 50s, is the less common form. In these cases, genetic mutations have been inherited that lead to the disease. The more common form, sporadic or late-onset Alzheimer’s, is first seen in a person’s 70s, 80s, or 90s, and while certain genes may affect disease prognosis, it is not associated with specific mutations.

“In familial Alzheimer’s, it’s pretty well accepted that a change in amyloid-beta generation sparks something that leads to disease,” Young-Pearse said. “In the sporadic form of the disease, we think the problem isn’t necessarily with the generation of amyloid-beta, but possibly with its clearance.”

Familial Alzheimer’s also affects multiple generations, as the mutations that cause the disease are dominantly inherited and fully penetrant, which means that if a parent has a mutation, he or she has a 50 percent likelihood of passing it on to his or her children. This early onset form tends to receive less attention and funding than the late-onset form because it makes up less than 2 percent of all of Alzheimer’s cases — though that still amounts to more than half a million people.

Young-Pearse is next interested in using the patient-derived cells to figure out why Alzheimer’s patients only show disease in areas of the brain like the hippocampus, which is crucial for memory recall, and not the cerebellum, important for balance and movement. Her lab will examine amyloid-beta and tau in neurons not typically associated with the disease to understand why they remain unaffected. This work may also help identify which form of amyloid-beta is the most toxic.

“Because of the Harvard Stem Cell Institute, we were able to work with other researchers to make patient cells into any type of neuron,” said Young-Pearse, whose lab spent two years fine-tuning protocols with collaborators to generate the neurons needed for her early onset Alzheimer’s study. “The environment provides a really nice system for testing many kinds of hypotheses.”

The research was funded by an HSCI seed grant, the Massachusetts Alzheimer’s Disease Research Center, the Harvard NeuroDiscovery Center, the Brigham and Women’s Hospital Institute for the Neurosciences, and the National Institute on Aging.