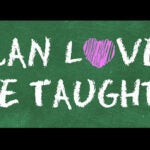 Can love be taught?

While some Harvard students use the break between semesters to relax and recharge, others go for something a little more intense, like the chance to work on a legal case with sweeping implications.

For the past several years, Harvard Law School (HLS) students have spent their break time in Washington, D.C., parsing reams of heady data and crafting nuanced legal arguments to cases headed for the U.S. Supreme Court.

“The idea of the clinic is to get students exposure to working on actual Supreme Court cases at various stages,” said Kevin Russell, a lecturer on law at HLS and a partner in Goldstein & Russell, P.C., a small Washington firm that focuses on practicing before the Supreme Court.

Russell and his partner, Harvard Lecturer Tom Goldstein, run the annual HLS Supreme Court Clinic that pairs small groups of students with the firm’s lawyers. For three weeks, the teams draft certiorari petitions — documents asking the Supreme Court to review cases ­— or briefs in opposition to certiorari. The students also work on merit and amicus briefs in support of a case, and on preparations for oral arguments.

Halpern and her teammates pored over similar cases, researched relevant statutes, and wrote a draft of the brief, with help from their instructor. The final step involved a rigorous, line-by-line edit of the document to hone its message. Halpern’s biggest takeaway from the clinic was the need to simplify.

“My team went into the briefs thinking we wanted to answer every question and address every counter-argument. And our editing process involved a lot of focusing on themes and making things very straightforward … and not necessarily including every single detail.”

Last year, students help to compile an amicus brief for the landmark case involving the Defense of Marriage Act. While at the clinic in 2007, HLS graduate Elizabeth Prelogar worked on a petition for certiorari concerning whether detainees at Guantanamo Bay had habeas corpus rights and whether legislation that stripped the federal courts of jurisdiction over claims by those detainees was constitutional.

“I can’t imagine a better setting as a student to learn how to craft persuasive legal arguments in real-world cases,” said Prelogar, who is now an appellate attorney for the firm Hogan Lovells. “I learned a tremendous amount about effective brief writing and oral advocacy during the Winter Term, which helped me realize how much I love the process of litigating an appeal.”

In addition to the bank-fraud case, this year’s students worked on two certiorari petitions involving prisoner’s rights. One addressed the question of whether prisoners can get exceptions to restrictions on hair length of they grow it long for religious reasons. The other focused on whether a person sentenced to death has the right to know the planned method of execution.

While the clinic involves long days and late nights writing and revising briefs, as well as discussions with instructors about areas of Supreme Court practice, it also involves meetings with officials who help to decide federal policy and law. Students lunch with judges on the D.C. Circuit of Appeals and meet with members of the  U.S. Solicitor General’s office, which represents the federal government in cases before the high court.

“They get to meet all these interesting people and kind of see the process from a practitioner’s perspective, which is, I think, fairly different from what you get in a lecture course where you are kind of reading the end result of that process,” said Russell.

This time, the students also attended a moot court session at Georgetown University and traveled to the Supreme Court to hear oral arguments in the same case. Hearing the nine justices pose pointed, probing questions to each other, discuss complicated statutory issues, and suggest hypothetical scenarios was a highlight for Halpern.

“It was really fun to see how the justices spar with one another … they came off as so smart and balanced.”

Halpern said she also enjoyed seeing some of the members of the court live up to their reputations. Associate Justice Stephen Breyer was witty and professorial, at one point offering a lengthy explanation of the history of hay. Associate Justice Antonin Scalia had a minor outburst when he realized that the government hadn’t provided him with a part of a statute.

Later that day the group spoke with Associate Justice Elena Kagan, the former HLS dean. She discussed her work with the court and how it differs from her time as U.S. solicitor general, when she was on the opposite side of the bench, arguing cases on behalf of the government.

Another type of interaction stood out for HLS student Eden Schiffmann, who worked with Halpern on the bank-fraud case. Schiffmann said the chance to meet with Kevin Loughrin, a plaintiff convicted in Utah of bank fraud and sentenced to three years in prison, was a high point of the clinic.

“Oftentimes, Supreme Court practice is described as monastic, where you don’t really have much interaction with the facts of the case or the events that gave rise to it,” said Schiffmann. “It was really great to be able to speak with the person whose life experiences gave rise to the case, and to understand how it will affect them if, hopefully, we win it.”

The clinic’s pace is hectic. An early packet of information sent to the most recent attendees included a note stating that their free time would be limited. Halpern said their days usually began about 9 a.m. and included time for lunch, a dinner break around 7 or 8 p.m., followed by a few more hours of work. “It’s definitely been a demanding schedule,” she said. “We are certainly having time to eat and sleep, but not so much time to sightsee and hang out.”

But the HLS students agreed the rewards were well worth it. Schiffmann called his experience invaluable.

“I am grateful to Harvard for giving me the opportunity to do something that I think is exceptionally unusual, and was the kind of thing that I didn’t even know would be possible when I applied to law school.”