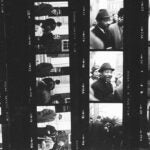 ‘The weapon of love’

Hasty Pudding Theatricals to honor the award-winning actress on Jan. 30

“How very saucy of the Hasty Pudding organization to offer me their award,” said Mirren. “As someone who adores pudding in all its manifestations … suet, Christmas, treacle, bread-and-butter, Yorkshire, plum, figgy, etc., etc., I am so looking forward to the famous Hasty Pudding.”

The Woman of the Year award is Hasty Pudding Theatricals’ oldest honor, bestowed annually on performers who have made lasting and impressive contributions to the world of entertainment. Established in 1951, the award has been given to such notable entertainers as Meryl Streep, Katharine Hepburn, Julia Roberts, Jodie Foster, Elizabeth Taylor, Anne Hathaway, Claire Danes, and, most recently, Marion Cotillard.

“It gives us great pleasure to bestow Ms. Mirren with our prestigious Woman of the Year award recognizing her significant contributions to entertainment,” said Tony Oblen ’14, president of Hasty Pudding Theatricals. “We look forward to welcoming Ms. Mirren and celebrating and honoring her achievements in a truly unique and memorable way.”

The Woman of the Year festivities, presented by The Related Companies, will begin at 2:45 p.m. on Jan. 30, when Mirren will lead a parade through the streets of Cambridge. Following the parade, Hasty Pudding Theatricals will host a celebratory roast for the actress. At 4 p.m., Mirren will be presented with her Pudding Pot at Farkas Hall, Hasty Pudding’s home in the heart of Harvard Square since 1888. A press conference will follow the presentation. Afterward, Hasty Pudding cast members will perform several musical numbers from the group’s production “Victorian Secrets.” Mirren will also receive a tour of the new Hasty Pudding Clubhouse, which recently relocated to the historic Hyde-Taylor House in Harvard Square.

Mirren has won international recognition for her work on stage, screen, and television. For her portrayal of Elizabeth II in 2006’s “The Queen,” she received an Academy Award, a Golden Globe, a Screen Actors Guild (SAG) Award, and a BAFTA Award for Best Actress.

In 2013, she again met critical acclaim for reprising that role, this time in Peter Morgan’s play “The Audience.” Her performance earned her the prestigious Laurence Olivier Award for Best Actress, the highest honor in British theatre.

Mirren will star in the upcoming Walt Disney Studios’ film “The Hundred-Foot Journey.” Her recent projects include HBO’s 2013 biopic “Phil Spector,” for which she received Emmy, Golden Globe, and Screen Actors Guild nominations; Summit’s action sequel “Red 2”; and Disney’s animated sequel “Monsters University.” In 2012, she starred in Sacha Gervasi’s “Hitchcock,” for which she received Best Actress nominations from the Golden Globes, SAG, and BAFTA.

Her film career began with Michael Powell’s “Age of Consent,” but her breakthrough role came in 1980 in John Mackenzie’s “The Long Good Friday.”  Mirren earned her first Oscar nomination for “The Madness of King George,” for which she also won Best Actress honors at the 1994 Cannes Film Festival.  Her second Oscar nomination came for her work in Robert Altman’s 2001 film, “Gosford Park.” Mirren earned both Oscar and Golden Globe nominations for her performance in “The Last Station,” playing Sofya Tolstoy.

On television, Mirren starred in the award-winning series “Prime Suspect” and earned an Emmy and three BAFTA Awards, as well as numerous award nominations.  She won another Emmy and earned a Golden Globe nomination when she reprised the role of Detective Superintendent Jane Tennison in 2006’s “Prime Suspect 7: The Final Act,” the last installment in the PBS series. Mirren was also honored for her performance as Queen Elizabeth I in the HBO miniseries “Elizabeth I,” winning Emmy, Golden Globe, and SAG awards.

Mirren became a Dame of the British Empire in 2003.

Hasty Pudding Theatricals will announce its Man of the Year at a later date and the recipient will be honored on Feb. 7.

To purchase tickets to the Hasty Pudding Theatricals’ 166th production, “Victorian Secrets,” contact the HPT Box Office at 617.495.5205, or order online at the Pudding’s website, www.hastypudding.org. The show will be performed at Farkas Hall, 12 Holyoke St., until March 9. It then travels to New York to Hunter College’s Kaye Playhouse on March 14 and 15 (call 212.772.4448 for tickets). The tour continues to the Hamilton City Hall in Bermuda for performances on March 19-21.

Press credentialing is now open for the Woman of the Year event. Press information and an online application form can be found at http://hastypudding.org/media-room and completed forms may be submitted to press@hastypudding.org.