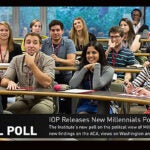 Harvard Divinity School (HDS) Dean David Hempton knows too well the cost of religious conflict. As a college student in Belfast in the 1970s, he witnessed the “tragedies of violence” that marked “The Troubles” between the Catholic and Protestant communities in Northern Ireland.

But Hempton also saw “inspiring examples of people of faith on both sides of that division using religion to overcome violence and promote understanding and healing,” he told a crowd at HDS Monday evening.

Following an “overwhelming” response to his inaugural 2012 convocation address about those difficult years in his homeland, Hempton said he began to understand “the power of exploring practical ways for HDS and the University to make even more of a difference in our world.”

One of those practical exercises unfolded Monday as a panel of experts versed in religion, pluralism, politics, conflict resolution, and international peace gathered to explore how universities can help create interreligious dialogues, collaboration, and peacemaking.

The group agreed that universities are uniquely poised to help educate people about the myriad dimensions and shared values of the world’s religions, to forge interdisciplinary connections that shed light on how religion can influence conflict, poverty, and the environment, and to convene scholars, experts, and the public for far-ranging, multifaith discussions.

Offering a political perspective was Shaun Casey, an ethicist and special adviser to the U.S. Secretary of State John Kerry for faith-based community initiatives. The HDS and Harvard Kennedy School graduate said his new department is part of “a quiet revolution” of engagement with religious leaders and communities around issues of pluralism, regional security and stability, and humanitarian efforts. Harvard can help in that effort, Casey said, by creating joint degree programs that combine areas such as law, international relations, and development with religious studies.

“Who is going to train the people I need to hire?” Casey wondered aloud. “We do not have people who are well-trained on the political side as well as the religious studies side. Harvard is uniquely poised to overcome that.”

Matthew Hodes, director of the United Nations Alliance of Civilizations, said his organization is one of many that are planning systems and doctrine based on the best ways to use intercultural and interreligious dialogue “as a bridging element in our policy.” For help in that endeavor, Hodes said he wouldn’t hesitate to turn to Harvard Law School’s (HLS) Program on Negotiation.

“It is a globally understood leader in the field of not only practice, but also the development of doctrine on everything from interparty negotiations on a bilateral level to multilateral mediation. And I would suggest to those of you who are interested in pursing dialogue processes, this is the place where the synergy that exists at Harvard needs to be applied the most.”

Harvard’s Jocelyne Cesari echoed Casey’s call for universities to develop an interdisciplinary approach to studying and understanding religion. Too often, said Cesari, a lecturer on Islamic studies and a research associate at the Center for Middle Eastern Studies, her American colleagues in political science harbor inhibitions when it comes to religion.

“One of the major arguments I receive all the time is, ‘Oh, we don’t do theology.’ And this cuts the dialogue right there,” Cesari said. “How can you work together if you don’t take into account also what your colleague does?”

HLS Dean Martha Minow, whose experience with conflict and human rights includes her work with the Independent International Commission on Kosovo, said the University can play a role by incorporating “discussion, debating, collaborating, and listening” skills further into the curriculum. “We don’t talk about it as explicitly as we ought to, even thought it’s the medium of our business,” said Minow.

Universities can also be important places to convene varied discussions around religion, said Minow, and places to explore the overlap as well as the differences among religious traditions.

“The risk of assuming that you understand is so much greater than the risk of saying ‘We are different’ … It’s the over-presumption that, I think, leads to the resentment, leads to the identity concerns. … I think that universities are places where people can talk about the content of religion.”

Jonathan Granoff, president of the Global Security Institute and special representative of the United Religions Initiative, explained that creating a venue where dialogue, debate, and communion can freely take place is hugely important in forging an ethical foundation for global community.

“I believe that if Harvard were to create such a multidisciplinary, multidimensional place, it would really electrify the academic world,” he said.

Harvard’s Diana Eck, professor of comparative religion and Indian studies at HDS and Fredric Wertham Professor of Law and Psychiatry in Society, moderated the panel.

Religions & Peace: Do Universities Have a Role?