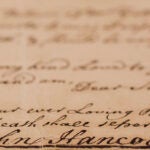 It’s unlikely that Sugata Bose’s classroom discussions begin with a serenade, but on Monday afternoon his audience needed a little musical inspiration. So in a rich tenor voice, the Harvard historian happily obliged.

“I have a great passion for music,” Bose said in Radcliffe’s Agassiz Theatre, where the mood was nothing like the dreary weather outside.

To the delight of members of the Silk Road Ensemble, he sang a selection of late 19th- and early 20th-century traditional Bengali songs, and explained how they might inform a new composition based on the sacred Ganges River.

Bose, a native of Kolkata, India, and the Gardiner Professor of Oceanic History and Affairs, was one of several Harvard faculty members who participated in a recent three-day residency with Silk Road, Yo-Yo Ma’s collective of international performers. The ensemble was back on campus to develop and perform new music based on some of the world’s rivers, and to explore the intersection of arts and academics.

“We are trying as an organization to go just beyond the Silk Road trade route and think about it more as just a metaphor,” said violinist and composer Colin Jacobsen. “Rivers are another useful metaphor for cultural exchange.”

As part of a Harvard discussion in 2011, the group began investigating the theme of rivers as both musical inspiration and a means of exploring cultural crossroads. Bose took part in that conversation and was struck by the idea of using music to make a difference in communities “that are often divided.” The theme of rivers, he said, “seemed to be a very creative way of … making something uplifting for people who inhabit the banks of the rivers.”

On Monday, following the showing of a brief documentary about Varanasi, an ancient city on the edge of the Ganges in northern India, Bose offered suggestions to Sandeep Das, who grew up in Varanasi, and Tokyo native Kojiro Umezaki. The Silk Road musicians are using the Ganges as their muse to create a new work, one that might also help raise awareness about the river.

In a clear, resonant voice, developed from an early age with the help of his grandfather, Bose sampled snatches of well-known Bengali songs. He evoked nostalgia with a popular Bengali tune that included the line, “The Ganga is flowing as before, but where are the people of yesteryears?”

The song describes the river as representing a type of ancient glory of India, said Bose, one that “seems to have been sort of lost.”

“You obviously want to create something that is contemporary, [but] there are some resonances from history that could figure even in modern compositions,” he told Das and Umezaki.

Bose also encouraged them to think of their work as a bridge that could help unite people in India, who are often divided along religious lines.

“There is no distinction between Muslim and Hindu when a musical performance is held in a city like Varanasi, or even anywhere along the banks of the river.”

Das, whose musical career blossomed in Varanasi, said he hopes he and Umezaki can develop an interactive map of the Ganges that plays music associated with different regions in India, and possibly an exchange featuring musicians from Varanasi, to create “some sort of awareness.”

“What we heard from Professor Bose was very meaningful,” said Das, “that we could approach the theme with such distinctive ideas.”

As part of its artist-in-residence role at Harvard, the Silk Road Ensemble returns to campus annually to collaborate closely with students and faculty from across the University.