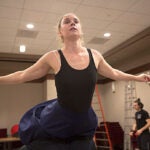 The girl who saves the prince

Five faculty members on books that linger, and why

The Gazette asked a mix of faculty to highlight in personal terms some favorites from the reading life.

I love sharing my favorite books with students. But, perhaps even more, I love students’ sharing their favorite books with me. As one student remarked, “You get to assign us readings. It’s only fair that we give you readings.” My student-assigned reading list is wonderfully eclectic, with a wide range of texts having appeared on my desk in Longfellow Hall. The holidays are a time of looking forward and back, looking inward and outward — and two of the student-recommended books serve as particularly playful and imaginative invitations to reflection and contemplation.

Hans Ulrich Obrist’s “do it: the compendium” is a collection of instructions from artists, developed in response to a call to “create an instruction that someone else can use to make an artwork.” The instructions range from simple (e.g. smiling at a stranger, watching television without sound) to more involved (e.g. running for president of the United States, installing creative work on the moon), but each set of instructions offers a reimagining of self and environment. The reader is drawn in from the opening page: “Do it. Do it. Do it. Do what? Find an it you want & do it.”

“Futuredays: A Nineteenth-Century Vision of the Year 2000” presents a collection of futurist sketches drawn by French artist Jean Marc Côté in 1899, and edited and annotated by Isaac Asimov in 1986. The sketches predicted how we would travel, how we would learn, and how we would create, 100 years later. As we prepare for the transition to 2014, “Futuredays” serves as a reminder of the unknownness of the future, whether next year or next century.

Annette Gordon-Reed
Professor of history and of law

My two favorite books — this is an almost impossible task. It works better if I think of it in terms of two of my favorite books. Favorites can also depend a great deal upon the time period; where I am at any given moment in life.  Reservations aside, I offer two books: “Notes of a Native Son” by James Baldwin and “Experiment in Autobiography: Discoveries and Conclusions of a Very Ordinary Brain (since 1866)” by H. G. Wells.

Baldwin’s “Notes,” his first collection of essays, is a masterpiece. He is in high form with his wonderful writing style and extreme intelligence on full display. It’s affecting because the reader sees the struggle of a black man who is an artist to his core, but lives in a society that cannot quite accept that. As a product of that society, Baldwin has some difficulty with the notion himself. Aside from the ideas presented in “Notes,” there is the question of what kind of career a black writer can have in a world where he/she is seen through the prism of race. Do black writers, even on occasion, get to write on topics other than race or about people who are not black? Can their voices be taken as authoritative when they write “outside” of race? These are fraught questions even today.

“Experiment in Autobiography” is a masterpiece of a different kind. Of course, Wells did not have an “ordinary brain.” The obvious bid for compliments aside — “But, Mr. Wells, you have an extraordinary brain!” — “Experiment” is enjoyable because it presents a great mind wandering in erudite fashion over lots of terrain — with his life story thrown into the mix. Written in 1934, by a man born in 1866, the modern tone is a revelation. Not that Wells doesn’t show that he was a man of his time in some ways, but the writing style and subjects covered would fit our times comfortably. One of the most famous men of his time, Wells is near unknown these days, except for his works of science fiction: “War of the Worlds” and “The Time Machine.” But “Experiment” shows why he fascinated as a public intellectual during the first half of the 20th century.

It’s too hard to figure out my all-time favorite books, but I can tell you about the two books I most liked this last year: “The Sense of an Ending” by Julian Barnes and “The Post-Birthday World” by Lionel Shriver. What I liked about both of them was the moment of vertiginous thrill when my sense of the reality of each story (the characters, the plot) shifted, from one perfectly plausible interpretation to an entirely different one. Suddenly I had to re-assess everything that had happened so far, and to my immense surprise everything that had happened in the book so far made sense again, but in a completely different configuration.

Plot twists are the norm in detective stories and in science fiction, but not so often in realistic novels where well-crafted, realistic personalities, friendships, and interpersonal networks usually develop logically; in these two novels they undergo a cosmic shift, yet still make sense. In “The Sense of an Ending” the protagonist turns out to be unreliable, as in Ian McEwan’s “Atonement,” flawed because of a suppressed memory of youthful thoughtlessness, so the reader, lulled into deep identification with the central character, finds himself in a tragic situation, and culpable.  In Shriver’s novel the plot splits into two mutually exclusive narratives, and the reader sustains both stories, caring about both situations alternately, the lost opportunity in one the reality in the other, and vice versa. Plus, it has excellent mature-people sex.

I find such paradigm shifts exhilarating because in science (I’m a scientist) the most exciting moments are when an experiment yields a compelling yet entirely unexpected result.  One must have some sense of what is going on in whatever system you are working on, a working hypothesis in NIH-speak, and those moments when your experiments force you to reconsider everything you thought you understood are when you really learn something new. These novels left me with an unsettled feeling — what may be going on that am I unaware of, have I not considered? What casual actions have had unanticipated and unobserved consequences?

I always look forward to the holiday break to catch up on my reading (and sleep!). One irony of the busy semester — for me, anyway — is that I never have enough time to read much beyond what I’m teaching. Luckily for me, I get to assign books that move me in some way. Here are two of my favorite texts:

James Baldwin’s “The Fire Next Time”: I first discovered Baldwin in an undergraduate seminar with Professor Stephan Thernstrom in 1992. Needless to say, it rocked my world. For white people, especially, reading Baldwin is something of a required reckoning. As a result, I set out to read everything in Baldwin’s opus — his fiction, his plays, and his essays, which, in my opinion, are still without rival in the English language. “The Fire Next Time” is Baldwin’s nonfiction masterpiece, a work of such elegance, passion, rage, and hope that it offers new challenges and insights on every reading. As a lapsed Catholic and gay man (two identities not unrelated), I often joke with my students that “Baldwin has become my Bible.” One passage, in particular, always shakes me to the core: “It is the responsibility of free men to trust and to celebrate what is constant — birth, struggle, and death are constant, and so is love, though we may not always think so — and to apprehend the nature of change, to be able and willing to change. I speak of change not on the surface, but in the depths — change in the sense of renewal.”

John Steinbeck’s “The Grapes of Wrath”: This book remains — with the possible exception of Ralph Ellison’s “Invisible Man” — my favorite American novel. Politically, the epic story of the Joad family’s displacement and migration shows us just how fragile life can be. Personally, Ma Joad reminds me of my late maternal grandmother, a brilliant teacher who came from nothing, the strongest woman I have ever known. I can hear my grandmother’s voice when Ma says: “Rich fellas come an’ they die, an’ their kids ain’t no good an’ they die out. But we keep a’comin’. We’re the people that live. They can’t wipe us out; they can’t lick us. We’ll go forever, Pa, ’cause we’re the people.” Steinbeck’s vision and my grandmother’s worldview were strikingly similar, born of an era where vast poverty made it difficult for ordinary folks to hold onto hope. “The Grapes of Wrath” offers a timeless (and timely) reminder that our roots — our families, our communities, each other — are the wellsprings of resilience, even rebirth.

In this holiday season of change and renewal — in a world still plagued by the stubborn sins of racism and poverty — we would do well to return to these texts, over and over again, for lessons about how to evolve, and endure.

Jonathan Zittrain
Professor of law and of computer science

It would be an understatement to say I was a big nerd as a teenager. In the ’80s, I signed on to CompuServe as a 12-year-old. Ran up a huge bill. And when my parents saw it, they were like, “That’s it, no more … whatever that is.” When I logged in to say I couldn’t afford it anymore, I was instead given free time on the service for pitching in.  I became an assistant sysop — a system operator. This was during an era where sysops could actually govern their online zones by fiat. When people acted out, you could delete their messages, throw them out of the forum, and they couldn’t come back. And it was really interesting thinking through how to be fair rather than despotic. I think my interest in law stems from questions about how to fairly govern ourselves.

“Internetworking with TCP/IP” is one of my top books because TCP/IP is a thing of beauty. There’s not a Nobel Prize for its category of contribution, so it can’t win one; it’s also got so many authors they wouldn’t know whom to invite to Sweden. But I have found the features and tradeoffs represented by that protocol to be a powerful metaphor for governance and how to govern in a maximally distributed way. It’s totally counterintuitive at first. And, if I’m on a desert island with a single bookshelf, then the first thing I’d want to do after finding a can opener is (re)build an Internet.

Joseph Heller’s “Catch-22.” So much of this novel is about the casualties of bureaucracy. It’s about the systems we build to govern ourselves, and how become so manifestly absurd we can’t escape them. Of course, it’s a cautionary tale as well — it’s about what happens when you have a system that might have a flow to it, but that’s lost its humanity.

I guess one lesson from compiling this list for me would be — if you feel like you’ve actually got a calling, what makes it a calling is that it finds you. These books point in a certain direction for me, even as I encountered them in very different phases of my life.