Probing how the past behaved 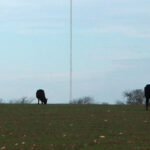 You have to love a conference that includes a lecture on sex and silkworms, as well as scholarly presentations on shark tagging, lunar geology, Soviet reflexology, cotton-wool hearing aides, wave pools for surfers, 19th-century studies of monsters, the anatomy of the goat moth caterpillar, and how beer-making influenced German nationalism.

Four intensive days of such lectures, keynote addresses, and workshops marked the annual meeting, which ended Sunday, of the History of Science Society in Boston.

For example, Peter Galison, Harvard’s Joseph Pellegrino University Professor, delivered a lecture Friday on “nuclear wastelands” in the United States, the enormous tracts set aside for toxic dumps related to nuclear power and bomb-making. Their sinister loveliness and mysterious visual power, he said, mean they are increasingly conflated with other conceptions of wilderness. (Galison is making a film on the same issue with University collaborator Robb Moss, a senior lecturer on visual and environmental studies.)

The conference also celebrated the centennial year of Isis, the society’s journal. Its first editor (1913-1952) was legendary Harvard Professor George Sarton, who is credited with inventing the history of science as a discipline.

Harvard researchers and students played a big part at the conference, whose sessions sometimes ran from 7:30 a.m. to 10 p.m. The researchers delivered lectures, including one by history of science Ph.D. student Jenna Tonn on summers at the Bermuda Biological Station, 1903-1926. They organized sessions — themed series of lectures — such as “Madness in the Colonies,” arranged by Anouska Bhattacharyya, another Harvard Ph.D. student.

Janet Browne, Harvard’s Aramont Professor of the History of Science and department chair, was on the logistically vital local arrangements committee. Conference materials came with the usual advice, such as where to eat and how to tip. (A monetary caution was included for those from out of town: that in Boston every 15 cups of coffee will set you back $106.)

Plenty of coffee was required for the marathon sessions. In the two final hours alone on Sunday, there were 13 themed sessions offering 40 presentations. Those attending in those last moments had a chance to hear research and insights into Darwin’s Russian defender, the history of in vitro meat, the scientific papers of the 18th-century Royal Society, and fencing books as a window onto vernacular science in early modern Europe.

Practicalities ran like a thread through the conference too. Friday night included a selection of workshops including writing for Wikipedia, bringing Darwin into the classroom, and “Your Work in One Minute,” a session on how to explain what you do in 60 seconds: the art of the elevator pitch.

Conference attendees had opportunities to break out of Boston too. On Thursday night, for instance, there was a book party for Harvard’s Sarah S. Richardson, an assistant professor of the history of science and of studies of women, gender, and sexuality, whose “Sex Itself: The Search for Male and Female in the Human Genome” had just been published. On Friday night, Harvard’s Collection of Historical Scientific Instruments opened its doors for an evening soiree.

Between lectures, conference goers could browse an enormous hall of books, publisher by publisher. Near Richardson’s “Sex Itself” at the University of Chicago Press table was “The Lost History of the New Madrid Earthquakes” (2013), by Conevery Bolton Valencius, a former Harvard history of science lecturer now at Boston University.

Near those two was a book whose title, at least, summed up the intensive and eclectic conference itself: “Gusto for Things.”