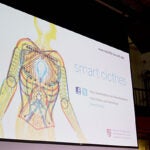 Technically, you are what you wear

You could be forgiven for believing that some of the most vexing issues of our time — partisan gridlock, abortion, climate change, Middle East strife — might never yield to progress. After all, the debates are so emotionally fraught that it can be a challenge just to bring both sides to the table, never mind getting them to listen.

“I don’t think there’s a magic bullet, but I do think there are better and worse ways of thinking about difficult moral questions,” said Greene, the John and Ruth Hazel Associate Professor of the Social Sciences and author of “Moral Tribes: Emotion, Reason, and the Gap Between Us and Them.”

“Some approaches have a chance of producing long-term positive effects, while others get us nowhere.”

What makes an issue like abortion or Israeli-Palestinian relations seem insurmountable, he said, can be chalked up, in part, to brain wiring.

The core moral problem, he said, is illustrated by “the tragedy of the commons,” where a group of herders share a resource — a grazing field — but destroy it when each acts selfishly, growing his own herd until there are too many animals and all of them die. The solution is to cooperate, to limit purely selfish behavior, and thus preserve the commons.

But terms of cooperation, Greene said, can vary quite a bit.

One group may “privatize” the pasture, giving each herder a plot of land; another may opt to share the entire herd. Different groups, meanwhile, rally around their own leaders, gods, holy books — what Greene calls “proper nouns.” Every tribe harmonizes in its own way.

“Our emotions are designed to solve that basic cooperation problem,” Greene said. “We have positive and negative emotions — like empathy or guilt — that make us cooperative. That’s part of our basic moral machinery, and we can see it at work in our brains.”

Much of Greene’s experimental research uses brain imaging and classic quandaries to understand moral decision-making: Is it acceptable to push someone in front of a speeding trolley if doing so will save the lives of five others farther down the track? Dilemmas such as these reveal universal tensions between emotion and reason, but some gut reactions are less widely shared. It’s when moral tribes with different gut reactions run up against each other, Greene said, that the most challenging social problems arise.

“Everyday morality is about being selfish versus caring about others. That’s what we think about when we think about ‘morality’ — the angel on one shoulder and the devil on the other,” he said. “But the big moral problems that divide us are very different — they’re about what I call the ‘tragedy of commonsense morality.’ It’s the tragedy of the commons one level up, at the level of groups rather than individuals. Different tribes have different moral systems, different ways of averting the tragedy of the commons.”

Imagine different tribes living around the edge of a large forest. One hot summer, the forest burns down. Then comes the rain, and soon there is a lovely green pasture in the middle. Each tribe moves into the new pasture, where it confronts other tribes, all with different philosophies, religions, and traditions.

“That’s the modern world — that’s the problem we face,” Greene said. “If basic morality solves ‘the tragedy of the commons, if it’s what allows individuals to form groups, then you need a higher-order morality — what I call a ‘metamorality’ — to enable groups to live cooperatively on the new pastures.

The solution, Greene said, requires us to distrust our tribal gut reactions, to stress reason over “common sense.” More specifically, we need to base our decisions on evidence concerning the social consequences of our actions.

“Your brain is like a digital camera,” Greene said. “Your camera has standard point-and-shoot settings, but it also has a manual mode. Most of the time you just point and shoot, and it works very well. But if you’re doing something special, you put the camera in manual mode, so you can adjust everything yourself, tailoring your shot to the specific situation at hand.

“The human brain has essentially the same design,” he continued. “We have gut reactions. Those are our automatic settings, which is what we rely on most of the time. And it makes sense to rely on our gut reactions when we’re dealing with the tragedy of the commons — me versus us. But when it’s the tragedy of commonsense morality, our gut reactions typically get in the way. They don’t help us resolve our differences over Obamacare, for example.”

To solve those problems, Greene argues, we need to apply “deep pragmatism,” which builds on the ideas of Jeremy Bentham and John Stuart Mill, the founding fathers of utilitarianism.

“Bentham and Mill argued that what ultimately matters is the quality of people’s experience, our happiness and our suffering,” Greene said. “Experience is the Higgs Boson of normativity – it’s the value that gives so many of our values their value. Why, for example, do we value honesty? You could say that honesty is valuable in and of itself. But would we value honesty in this gut-level way if it were not generally beneficial? When people are dishonest, it causes harm. It negatively impacts our lived experience.”

But how does deep pragmatism work in practice? As an example, Greene turned to the abortion debate.

“Does a woman have a ‘right to choose’ at nine months? Most pro-choice advocates say ‘no.’ But what changes between the first and ninth month of pregnancy? Is it that the fetus feels pain? That it’s conscious? The problem is that many of the animals that we eat — or allow others to eat as a matter of personal choice — feel pain, appear to be conscious, and so on. This doesn’t mean that one can’t coherently defend a woman’s right to choose. But it’s much harder than simply declaring that a woman has the right to choose.”

On the anti-abortion side, Greene says, the argument ultimately comes down to a metaphysical belief that an embryo is imbued with a soul at the moment of fertilization — a claim for which there is no evidence.

Greene’s alternative is to bypass endless arguments concerning rights — which he thinks are ultimately about gut feelings, automatic settings — and instead focus on consequences.

“Of course, both sides will be biased. Both sides will say that terrible things will happen if they don’t get their way,” Greene said. “But the difference is that, as nasty as that disagreement is, at the end of the day there’s an answer. It’s subject to evidence. So with 10 steps forward and nine steps back, we can make progress.”