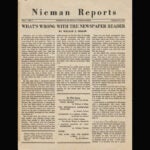 During the summer, Aqil Sajjad found himself lost in Columbus, Ga., and asked a passerby to point him in the direction of the store he was seeking. But Sajjad was closer than he knew.

The stranger, no doubt perplexed, asked in a slow Southern burr, “Are you blind?”

The man wasn’t being rude, insisted Sajjad, who chuckles when recalling the incident. “He really wanted to know.”

Sajjad is indeed blind, and while he has had to make adjustments to cope with the retina detachments that stole his sight — his right eye at age 10, his left at 16 — that hasn’t dampened his lust for life. That trip to Georgia, Sajjad’s first, was to compete in the World Series of Beep Baseball with his team, the Association of Blind Citizens’ Boston Renegades.

A modified version of baseball created for blind players, beep ball utilizes a noisemaking ball, delivered by a sighted pitcher to a blindfolded batter. The sighted, the partly sighted, and the sightless play on an even level.

Sajjad, a Harvard teaching fellow in physics and a Ph.D. candidate, admits that playing baseball instead of cricket makes him grimace just a little, since cricket is the sport du jour in his native Pakistan.

“My attitude toward baseball is that of the usual smugness that anyone in a cricket-playing country has toward baseball,” he said with a laugh. “If it were literature, it’d be like comparing a classic to a trash novel.”

But he has found a community with the Boston Renegades, where two of his teammates also hail from Harvard: player Joe McCormick ’14 and defense coach Nicholas Chisholm, a Ph.D. candidate in applied physics and research assistant in the School of Engineering and Applied Sciences. (McCormick has an ocular disease called Leber’s hereditary optic neuropathy; Chisholm is sighted.)

The Renegades placed ninth in the Georgia series. “Our team used to lose, lose, lose,” said Sajjad. “But we’re on the verge of a takeoff.”

Sajjad, primarily a third baseman, is “probably the hardest-working player on the team,” said Chisholm. “He even has a room in his apartment dedicated entirely to practicing his swing. Given all his hard work, he can often drive the ball further than his much larger teammates. He’s one of our best defenders and is one of our starting players, usually.”

Born in France while his father was working for UNESCO, Sajjad said he had an early aptitude for science. “I was always interested by technical things,” he recalled. “If I watched a crane, I’d be fascinated by that.” He always loved sports too, and played cricket until the second retina detachment took his sight, and with it his ability to play sports — until he arrived at Harvard.

Here, a mobility instructor hired by the University told Sajjad about the Renegades.

“Beep ball has drastically improved both my life and Aqil’s because we were both able to re-engage with competitive sports after losing our sight,” said McCormick.

“Additionally, the connections with players on the team have been tremendously helpful in terms of dealing with our visual impairments. We have players who work at a variety of blind agencies throughout Massachusetts, as well as specialize in different types of technology, and are always available to lend a helping hand.”

Sajjad, now nearing graduation, said he and his teammates have calling cards when they step up to bat. When McCormick is at the plate, the team shouts “Joe Mack, way back,” and they chant “Aqil for real” for Sajjad.

“We’re a very fun team and really enjoy every moment of being together both on and off the field. And none of this would be possible without our amazing coaches. They are all sighted, have no prior connection with us, and yet they spend an enormous amount of time just to make it possible for us to play,” he said.

On campus, Sajjad has memorized the routes to the lab and the dining hall. He navigates with the aid of a cane and advocates for a more blind-friendly campus. He avidly follows cricket news and Pakistani politics. “There’s a Chinese proverb, ‘May you live in interesting times,’” he said, “and now it seems like Pakistan has broken the cycle of military rule.”

The Renegades won’t play again until next spring, so Sajjad is now focused on fundraising for the team. Last year, the team screened a movie and “begged outside of a Shaw’s,” he said. The players hope to attend more tournaments next year.

Playing a sport is “something I really missed being able to do after I lost my sight,” Sajjad said. “It really does give me a high. If I go anywhere else after leaving Harvard and can’t continue on, it’ll be a big gap in my life.”

For more information about volunteering or playing for the Boston Renegades, visit http://www.blindcitizens.org/renegades/.