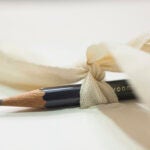 This is the ninth in a series of stories about Harvard’s engagement in Latin America.

“There is an art to sweeping,” the instructor said. “You are not merely trying to move the dirt around; you are trying to uncover what is below, to make it visible so that we can look for patterns across the floor.”

I wasn’t working for a landscaping company or at an industrial cleaning firm. As part of the Harvard Summer School Study Abroad Program, I was excavating at one of the best-known Moche archaeological sites in Peru: The Archaeology Field School at San José de Moro. As part of a larger research-based excavation, the field school at Moro, run by Pontificia Universidad Católica del Perú with a Harvard program added on, brings researchers, students, and professors from all over the world to one place during June, July, and August. Under the tutelage of some of the leading Peruvian archaeologists and equally talented local workmen, students learn the basics of archaeological fieldwork.

Moro was my first opportunity to experience what being a real field archaeologist would entail. Almost all children go through phases where they want to be astronauts, paleontologists, marine biologists, or archaeologists. I never grew out of that phase.

I came to Harvard last fall knowing that I wanted to study archaeology. However, I had never had the opportunity to do fieldwork. I had toiled in labs and taken related classes, but I always had been told I was too young to tag along on excavations. Thus, although I knew that I was interested in the field, I was not sure if I had what it took to be a nose-to-the-ground, dirt-loving archaeologist.

Moro represented a unique opportunity to find out.

A small town on the northern coast of Peru (about a 10-hour trip north of Lima), San José de Moro sits atop an elite cemetery of the Moche, a complex civilization that existed almost a millennium before its more famous relatives, the Inkas. In addition to containing materials representative of an incredibly long occupation history, the site is famous for burials of elite women identified through iconography as sacerdotisas, or priestesses.

This research season did not disappoint. During the last week of excavation, the chamber tomb of the eighth sacerdotisa of Moro was discovered, complete with its main occupant, her chalice and headdress, a copper-decorated coffin, human sacrifices, and many beautiful ceramic pieces.

While this discovery was incredibly exciting, the rest of the summer’s work clearly demonstrated that archaeological finds normally are not so — to take the word of fellow workers — “sexy.” The majority of the time, archaeologists are not uncovering rich tombs or even finding the whole ceramic pots and other items usually displayed in museums. They are carefully and methodically shoveling dirt, sweeping dirt, brushing dirt with paint brushes, all to uncover differences in soil texture, the few blocks that might remain from a building, or fragments of bone and pottery.

Yet it is often this “trash” that allows archaeologists to really tell the story of a civilization. The remains of a fire can reveal dietary patterns or give a site a date; the ways in which ceramics were created can point to trade networks and differences; the architecture’s layout can expose the existence of social classes or the threat of violence.

These were all things that I was able to observe and help detect.

Although I applied to the program solely to work in the field, my nonarchaeological experiences at Moro ended up being just as valuable. Working side-by-side with locals, eating lunch in their homes, and interacting with curious townspeople walking through the centrally located site enabled me to vastly improve my Spanish and to learn about a very different way of life in an unfamiliar country, from the people who understand it best. I also participated in the optional community outreach program, having a blast meeting children from the local school and creating the winning mural in an art contest.

During my five weeks in Peru, I fell in love with the country, its people, and its archaeology. After this wonderful Harvard summer program, I am confident that concentrating in archaeology is the right choice for me, and that I will be very happy pursuing a career in the field. And I am already looking for ways to return to Peru, perhaps over J-term or next summer.

After all, there are pottery sherds and stories there, just waiting to be uncovered.