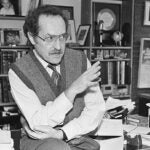 The 14-member task force commissioned by Harvard President Drew Faust in the wake of a series of controversial email searches last fall will launch the second phase of its work this week with a set of open and online forums to run through October.

Led by Professor David Barron of Harvard Law School, the task force was charged by Faust to develop a set of recommendations on electronic communications policies following searches that, Faust said, demonstrated the need for “much clearer, better, and more widely understood policies and protocols.”

The task force, consisting of faculty members and senior staff from across Harvard’s Schools, met several times over the summer to define underlying principles and questions that it hopes to discuss with the community in the coming months. Among the principles: transparency about the realities of technology, the importance of fostering trust in the Harvard community, and respect for the privacy interests necessary to ensure academic inquiry.

“It is important to reach out to the community for input and guidance about both areas of concern and possible ways forward as we move toward formulating our recommendations,” Barron said.

Student leaders have met with Barron and will meet with the task force this week.

“It’s very important that different groups are consulted, especially on such an important, University-wide issue,” said Tara Raghuveer ’14, president of the Undergraduate Council. Encouraging participation in the forums, Raghuveer said that “the main issue for students is a lack of awareness or even a lack of understanding where to look for policies, so communication and education is critical.”

Two open meetings have been scheduled, in Cambridge and at Longwood. The Longwood campus session is scheduled for 4 to 5 p.m. Wednesday in the Walter Amphitheatre at the Tosteson Medical Education Center at Harvard Medical School. The Cambridge meeting will be held from 4 to 5 p.m. Oct. 23 in Hall D of the Science Center on Oxford Street.

In addition, the task force has launched a discussion blog for the Harvard community.

Task force members said that hearing from faculty, students, and staff would both inform the policy and make for greater awareness of the protocols in place.

“This has been very much a ‘thinking and listening’ committee,” said task force member Emma Dench, a professor of the classics and of history in the Faculty of Arts and Sciences. “We have to make sure we cover every angle possible, so consultation is critical.

“We’re all going to be part of this, and it’s important that we are better informed about the issues involved,” said Dench.

Barron’s task force has already met with Michael Keating, a Boston-based attorney from Foley Hoag. Keating undertook an independent inquiry into facts related to the email searches conducted last September in connection with the proceedings of the Harvard College Administrative Board.

The task force began its work in May. Barron told the Harvard Gazette at the time that its aim was to “develop forward-looking recommendations concerning electronic communications and Harvard’s policies regarding privacy of them, and access to them.”