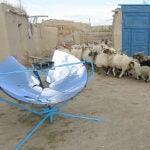 At height of last ice age, more of planet was covered than previously thought, researchers say

At the height of the last ice age, the Earth was dramatically more covered with ice than scientists previously believed, and while much of that ice has melted, Harvard researchers say relatively little of the melting occurred in Antarctica.

As described in a paper recently published in Nature Geoscience, Jacqueline Austermann, a Harvard graduate student working in the lab of geophysics Professor Jerry Mitrovica, developed a new, more accurate model of what the Earth looked like during the last ice age and found that more ice — enough to equal the present Greenland ice sheet — then covered the globe.

As the climate warmed, most of that melted. But while popular opinion may hold that the Antarctic ice area is far smaller than it was long ago, Natalya Gomez, another graduate student in Mitrovica’s lab, found that melting Antarctic ice contributed less than 10 percent to the change in sea level from the ice age to today.

“There are really two parts to this story,” Austermann said. “What we found in our study is that there was actually more ice present at the last glacial maximum than had previously been thought. Together with what Natalya has found in her work — that the Antarctic ice sheet wasn’t much larger than it is today — there is ice missing from our models that we need to put somewhere.”

To understand how much ice was once on the planet, Austermann began in a place that’s more likely to be associated with fun in the sun: Barbados.

By examining fossilized corals contained in borehole cores, she was able to estimate how sea levels changed over thousands of years.

“Certain corals only live within a specific distance of the sea surface,” she explained. “So if we see a coral at a depth of 100 meters, we can make some assumptions about where the sea level was at that time the coral was alive. To get a global average of sea level, however, we have to make a correction because sea level doesn’t rise uniformly. It has a spatial pattern. If we have a record from one site, we have to correct for this spatial pattern.”

Making that correction, however, is tricky.

Earlier studies showed that a host of factors can contribute to variation in sea level, including how close or far a measurement is from a melting ice sheet. Another factor, Austermann said, is that as ice sheets melt, the sea floor beneath them rises because it has less mass on top of it.

“The amount of rebound is spatially variable and can be calculated assuming certain physical properties of the Earth’s interior. Normally people use an onion-shell model for the Earth. They assume that it has a structure that varies with depth alone,” she explained. “But it’s actually very heterogeneous. There is a great deal of lateral variation that we’ve introduced into this model, and that gave us the additional ice volume.” Austermann was able, for the first time, to create a computationally complex model that accommodates for variation in rebound due to a heterogeneous Earth.

Where the additional ice might have been leads to Gomez’s work on understanding the physics of how massive ice sheets behave, particularly those in Antarctica.

“One of the places that people often put that ‘missing’ ice is Antarctica,” she said. “But recent estimates that use dynamic ice sheet models show that, from the last glacial maximum to today, only about 10 meters of sea level change can be attributed to Antarctica melting, and Natalya’s work supports that. By comparison, the overall sea level change over that time is approximately 130 meters.”

By examining how ice sheets in the Antarctic interact with the oceans that surround them, Gomez was able to create one of the most dynamic pictures of how massive ice sheets move and change over time. 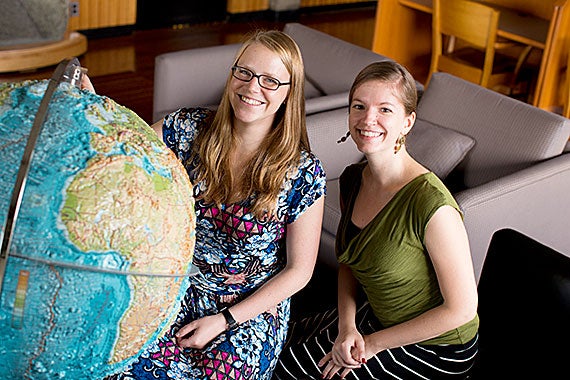 “The rate at which an ice sheet loses ice is dependent on the depth of the water around it,” she said. “I look at coupling predictions of sea level, which are spatially variable, to an ice sheet model, and what we can see is that as an ice sheet retreats, sea level changes at its edge, and that feeds back into how the ice sheet evolves.

For now, the question of where the additional ice might have resided remains unsolved. Popular candidates, such as the Laurentide ice sheet, which covered most of what is now Canada and parts of what is now the United States, don’t fit the model perfectly. Austermann said additional work is needed before a definitive answer emerges.

“There are constraints on where this additional ice might have been,” she said. “You can’t just pile it up as high as you want.”