Time for a movie 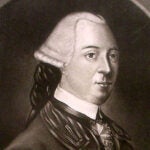 Time is what we never have enough of. It is that which we spend, waste, or use wisely. Time is at the heart of hundreds of aphorisms and clichés.

Time is also a regular theme at the movies — right back to when Harold Lloyd, in one of cinema’s most iconic images, dangled from the hands of a skyscraper clock in “Safety Last!” (1923).

This summer, Lloyd is missing from a Harvard film series about the nature of time. But the clock is there: as specter, savior, puzzle, and travel agent. It is central to the four screenings left in “Time & Time Again at the Movies.”

You may have missed the first movie last week: “Murder on the Orient Express,” a 1974 murder mystery based on an Agatha Christie tale. It’s worth it just for glamorous late-career glimpses of Lauren Bacall and Ingrid Bergman.

Next up is Tuesday’s “Time Bandits,” a 1981 fantasy directed by onetime Monty Python cut-up Terry Gilliam. Within the stellar cast is Ralph Richardson, who plays the Supreme Being. (Thirty years ago, in theater terms, he really was the Supreme Being.)

The “Time & Time Again” series — with each film timed to start at 7 p.m. in Science Center Lecture Hall C — continues July 16 and 30 and concludes on Aug. 13. The sponsor is Harvard’s Collection of Historical Scientific Instruments, which this spring opened its eccentrically diverse exhibit “Time & Time Again.” This curated collage of artifacts, up through Dec. 6, is a joint venture with the Harvard Museums of Science and Culture.

The exhibit is a sort of intellectual force field throughout this year. In addition to the summer foray into film, it has also gathered around itself a program of concerts, lectures, and — coming this fall — courses.

Tonight’s “Time Bandits” explores one of cinema’s most durable themes related to the tick-tock of the merciless clock: time travel, a science-fiction genre that allows us to go back in time (or to look ahead at it).

“Time Bandits” brings the viewer fantasy visits with not only Richardson’s doddering and dangerous Supreme Being, but with Robin Hood (John Cleese), Napoleon (Ian Holm), and — from Greek mythology — Agamemnon (Sean Connery, who also plays a modern-day fireman). Doing the time traveling is an 11-year-old dreamer named Kevin (Craig Warnock), along with a clutch of six dwarfs with names like Fidgit, Og, and Vermin.

Among other adventures, these unlikely time travelers (the only kind) get to board the RMS Titanic just as it is sinking. Looking back on a movie made in 1981 also yields a look at a real artifact that’s traveled through time: a Polaroid camera. Kevin carries one everywhere.

By chance, there is also a Polaroid camera in the “Time & Time Again” exhibit. It’s right next to the Victrola.