A year set to music 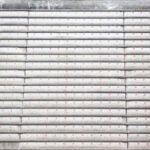 Real-world accomplishment, in abundance, for Aucoin ’12

Friends often ask Matt Aucoin ’12 when he finds time to eat and sleep. It’s no wonder. Since graduating from Harvard last year, Aucoin has been in constant motion, performing and conducting in Italy, working at the Metropolitan Opera in New York, writing a new opera for the American Repertory Theater, and serving as the composer in residence at the Peabody Essex Museum. Soon he’ll begin a two-year fellowship with the Chicago Symphony. During a rare break, Aucoin spoke with the Gazette about his life after Harvard.

GAZETTE: Now that you have been working steadily for the past year, how do you feel your Harvard experience prepared you for the real world?

AUCOIN: One: Harvard is dangerous; two: studying at Harvard was one of the most valuable experiences of my life. Let me explain both answers. In the first sense, if you say you went to Harvard, in the musical world, the automatic reaction is “How good can you really be? Is this a side thing for you while you prepare to work on Wall Street? Is this a hobby?” There’s a lot of automatic suspicion. But in a much deeper and truer sense the responsibility that you have to take as an artist at Harvard is the kind of responsibility that you have to take as an artist in the world because you are in a community of really talented, really intelligent people who are simultaneously all figuring out what the heck they want to do together, and that is tremendously exciting. And it’s a bit of a safe haven, of course, but it’s a far truer model, I think, of what being an artist in the world is like than a conservatory is. I know this having spent some time in conservatories.

GAZETTE: In March you were awarded the two-year conducting fellowship with the Chicago Symphony, named in honor of one of the 20th century’s greatest conductors, Sir Georg Solti, whose archives reside at Harvard’s Loeb Music Library. Can you describe what the position will entail?

AUCOIN: It’s a wonderfully open position; it can be what you make of it. The opportunity it affords is one-on-one work and study with Riccardo Muti, the Chicago Symphony’s music director, and Maestro Muti is probably the greatest conductor alive for large swaths of the Italian repertoire and lots of other repertoire, too. And I am thrilled that he is making time in his globe-trotting life, which has been going nonstop for about 45 years at this point, to work with younger conductors.

GAZETTE: Can you describe the competition process?

AUCOIN: Out of the pool of 119 applicants they invited 10 semifinalists to come for five days. The in-person process included two days of semifinals and two days of finals. It’s rare in that it included a coaching with a singer, because it demanded that kind of operatic background that Maestro Muti has and believes in. That’s been a primary passion of mine for as long as I can remember, so I was happy to have the chance to conduct, not just symphonic repertoire, but also to give a sense of the whole package: to prepare a singer in an aria and then conduct it with orchestra and work on the nuances of the text first, and then work on the nuances of the orchestration, and then put it together. That’s my favorite recipe.

GAZETTE: You were an English concentrator at Harvard. Can you describe how your interest in words and language has helped inform your musical career?

AUCOIN: It’s very relevant to the work I am doing now, because while I was here as an undergrad, I was an English major by day and a musician by night. My studies in literature, and especially studying with Jorie Graham and doing a thesis — a book of poems — advised by Jorie, made me a far better musician than I could have been without those tools, and it’s quite specific how that came to be. Jorie’s approach to creation as an effort to get out of the way of something and let it speak, and to not let the top few layers of the self, the crust of the self, get in the way, is absolutely relevant for conducting, because your body is the vessel, but your body is also what’s going to get in the way of music. For the first couple of years that I gave conducting a try, I felt so physically awkward. It was like a clogged artery or something, the music would be flowing through and then it would get stuck somewhere. It’s a total effacement of the self in order to let something that is not you pass through you. And that’s a challenging technique for someone who is as physically awkward sometimes as I am. But the techniques that I found most helpful in learning to let music speak through my whole body were actually poetic techniques.

In a more direct sense, studying literature has provided the foundation for all my work in opera, and it’s been so useful that I am shocked that actual literary study is not mandatory for opera musicians of all stripes. … The majority of the time I am working with singers, it’s just working on text. It is just working on, “What does this word, what does this syllable mean in the context of what comes before and after it and how do you tie it all together into a liquid, musical line which is also a line of meaning?” If you don’t have a literary appreciation of the text, you are never going to awaken its musical potential. And I feel like I couldn’t have started trying to understand music in this way if I hadn’t studied words.

GAZETTE: You recently conducted your first concert at the Peabody Essex Museum, and you staged it with the musicians sitting among the audience. Why did you choose that arrangement?

AUCOIN: The really unusual thing about the Peabody Essex Museum as a host is that their only comments throughout the year as we were planning the launch of this series tended to be, “Get more creative, get further outside of the box.” And we were happy to oblige. … We wanted to give a sense of what it’s like to sort of sit in the fire. As a performer, it’s a really intense experience, sometimes almost unbearably intense. And if you’re too far away from that in a concert hall setting, you get too much perspective on it. I don’t think you even need to be a performer to experience this, even sometimes just reading the score, if you get really deep inside imagining what it’s like, it’s a surround-sound experience if you put yourself in the middle of it. So we wanted to make it actually surround sound. … Picture a pizza with alternating slices of orchestra and audience.

GAZETTE: The American Repertory Theater commissioned you to write an opera in conjunction with its participation in the National Civil War Project. What was your inspiration for the piece?

AUCOIN: My starting point is [Walt] Whitman’s diaries that he wrote during the Civil War, which opened a window for me because they are so intimate and so personal. They are effortfully, desperately personal in the midst of a war that was fought on a grander scale than any other American war had ever been. I think war has only gotten more impersonal since the Civil War, but at least in America, it was the first war in which the statistics were just so staggering that you couldn’t wrap your mind around them. And Whitman, as a poet and as a person, was horrified at the risk of losing touch with what it means for a single person to die, of losing touch with the value of any life and our astonishment at the notion of 3,000 people or 10,000 people dying together on a single day … this got me thinking about war in our time and other times and how removed I, and I think many people in my generation, feel from the events that are happening in our world. This is not to say that there’s any explicitly political motive for the piece; rather, on the contrary, it’s about recapturing the personal in the context of widespread horror. And though we are more aware than ever of widespread horror in the world, it’s coming to us in less and less tactile, less and less personal a form. So I developed the idea of setting the opera in a war hospital whose inhabitants come from wars throughout human history.

GAZETTE: “This Republic of Suffering” (2008), by Harvard President Drew Faust, a Civil War scholar, explores the culture engendered by the unprecedented fatalities of the conflict. Has she been involved with the project?

AUCOIN: President Faust as a Civil War expert has been of great help to us. We all took “This Republic of Suffering” as inspiration. For me and for a lot of people at the A.R.T., “This Republic of Suffering” made the day-to-day experience of Civil War soldiers much more real and much more fresh. It’s really informing the way this piece is developed, and she has been great help as an adviser.

GAZETTE: What will your schedule be like next year?

AUCOIN: Next year it will be about 40 percent New York, 40 percent Chicago, 20 percent elsewhere, which feels about right because it sometimes feels like a ludicrous proposition to say you want to do opera as well as symphonic music as well as poetry, but to keep all the fires going, you want to have multiple bases. In New York I am working at the Metropolitan Opera, I am conducting an opera at Juilliard next year as well, that’s really opera-focused. And in Chicago, it’s the Chicago Symphony. Elsewhere it’s really a mix. So I feel really blessed to have this sort of alternation, while I am still learning the craft of composition and conducting. The Met’s head coach, Craig Rutenberg, calls it “having your hands in the pasta.”