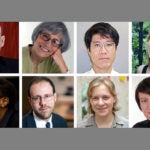 Eighty-two percent of students admitted to the Class of 2017 plan to enroll at Harvard this August despite the cancellation of Visitas, the popular and long-standing introduction for admitted students to the Harvard experience. This is the highest yield since the Class of 1973 entered approximately two generations ago. The yield for the Class of 2016 was 80.2 percent.

Visitas was scheduled to be held April 20-22, but the search for the remaining Boston Marathon bombing suspect forced Harvard officials to cancel the program following a security lockdown of the Greater Boston area.

“Even at this difficult time, our undergraduates immediately reached out to prospective members of the Class of 2017 through social media, demonstrating a spontaneous devotion to Harvard that had a powerful effect on students’ decisions to come to Harvard,” said William R. Fitzsimmons, dean of admissions and financial aid. “Their concern for the students who were unable to visit Harvard was evident – and their outreach was especially appreciated, given the extraordinary circumstances of the tragedy that had occurred in Boston. The grace under pressure of our undergraduates was inspiring to all of us here at Harvard as well as to the new members of the Class of 2017.”

Harvard students made YouTube videos that showcased student groups and dormitories, including Wigglesworth Hall and Dunster House. The Harvard-Radcliffe Veritones and the Institute of Politics participated, and the Office of Admissions itself created its own virtual welcoming video.

The Admissions Office coordinated this activity via its website, email, and the Class of 2017 Facebook group created earlier in the year.  It also offered five Google+ student panels on study abroad, residential life (featuring student bloggers), advice from the Senior Class Committee, multicultural perspectives, and the freshman experience. Harvard students, faculty, and staff used the #virtualvisitas hashtag on Twitter to connect with admitted students and answer their many questions.

Leading the Admissions Office virtual outreach was Amy Lavoie, director of digital communications. Administrative Director Vaughn Waters, Grace Cheng, and Mary Magnuson were also important in establishing a communications strategy that allowed Harvard admissions staff to reach other Harvard administrators and to keep prospective members of the Class of 2017 fully informed of events transpiring in the Cambridge and Boston areas.

Students on the Undergraduate Admissions Council, the Undergraduate Minority Recruitment Program, and the Harvard Financial Aid Initiative redoubled their efforts after the cancellation of Visitas by once again calling and emailing students and hosting those who were able to visit Cambridge after the lockdown was lifted.

The 15,000 alumni interviewing volunteers around the world also reached out to admitted students by telephone, email, and hastily arranged local meetings.  Admissions staff, other administrators, and even Adams House Co-Master Sean Palfrey met stranded students at the airport during the lockdown to assist them with hotel arrangements and transportation. Dean of Administration and Finance Leslie Kirwan was able to reach out to Massport officials, who responded by creating an impromptu meeting area the students quickly named “Terminas.”

“We can never thank our alumni, faculty, and staff enough for all they did over the past two weeks and throughout the year,” said Marlyn E. McGrath, director of admissions.  “But we are particularly grateful to the co-directors of Visitas, Michael Esposito and Amelia Muller, assisted by Jake Foley, Bryce Gilfillian, and Tia Ray, who played a critical role in shifting Visitas to a virtual visiting experience.”

The contributions they made will form the basis for innovations to be used in recruiting the Class of 2018.  Already the admissions staff is on the road visiting 60 cities with travel partners Duke, Georgetown, Penn, and Stanford.

Financial aid was a crucial consideration for a large segment of those enrolling in the Class of 2017.  “Harvard’s financial aid program has been greatly enhanced in recent years, opening the doors as never before to low- and middle-income students,” said Sarah C. Donahue, director of financial aid.

Families with incomes from $65,000 to $150,000 and with typical assets pay from zero to 10 percent of their annual incomes, and families with higher incomes can still receive need-based aid depending on individual circumstances, including having multiple children in college or unusual medical expenses.

Students are not required to take out loans, and home equity is not used in determining financial aid.  As always, students are asked to contribute toward the cost of their own education by working 10 to 12 hours per week during the school year and obtaining a summer job.

“The Financial Aid Office was open from 8 a.m. to 8 p.m. weekdays during April, and we were able to reassure anxious students that Harvard remains affordable during these difficult financial times. None of this would have been possible without the commitment of Michael D. Smith, dean of the Faculty of Arts and Sciences, Evelynn M. Hammonds, dean of Harvard College, and Drew Faust, president of Harvard University,” said Donahue.

This year’s high yield means that the Class of 2017 is currently full. It is possible that later this month or in June a small number will be admitted from the waiting list.

Harvard’s yield is particularly notable because the College does not offer athletic or other non-need-based scholarships. In addition, Harvard’s Early Action program, unlike binding Early Decision programs, allows admitted students to apply elsewhere and asks only that they reply by May 1 after comparing other offers of admission and financial aid.  Such freedom and flexibility give students more time to choose the college that provides the best match, a contributing factor to Harvard’s nearly 98 percent graduation rate.

“The Class of 2017 was chosen through the most selective admissions process in Harvard’s history — from a record applicant pool in excess of 35,000,” said Fitzsimmons.  “But beyond these statistics, their strong personal qualities and character shone through during the challenging days of the aftermath of the Boston Marathon bombing and the uncertainties surrounding the cancellation of Visitas. Because of these experiences and the bonding that took place among future classmates at the airport and through social media, we have high expectations that they will prove to be a memorable Harvard Class.”