Creative bursts from all corners 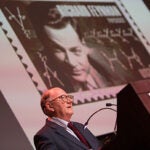 The idea behind a recent Radcliffe workshop sounded more like the setup to a perfect punch line, admitted one of its organizers

“It almost began like a joke. Bring a pastry chef and a neuroscientist and a particle physicist into the room and see what happens,” said University of Toronto astronomer Ray Jayawardhana, a former Radcliffe Fellow.

So the laughs Tuesday at Radcliffe Gymnasium were fitting, but secondary to the serious reflection and discussion around the theme of creativity across disciplines. “We didn’t know exactly where the conversation would go,” said Jayawardhana, “but we knew it would be fascinating, and we would cross-pollinate between different fields.”

The day was devoted to looking closely at moments of creative breakthrough and to asking about the “commonalities, and also about revealing discrepancies between such moments in various fields,” said co-organizer John Plotz, also a former Radcliffe Fellow and now an English professor at Brandeis University.

Maureen N. McLane, an associate professor of English at New York University, opened the workshop with a poetic perspective, referencing Ezra Pound’s “make it new,” a dictum that influenced generations of post-World War I artists. Pound was challenging poets, said McLane, “to keep art and life in dynamic relation.” Pound himself often made it new, she added, by making it old.

“Poet breakthroughs,” said McLane, “are not about progress, they are not linear, they are sometimes about reframing, about reconnecting with vital sources in the language or in new dimensions of experience.”

Harvard grad Alex Ross, a music critic for The New Yorker, unraveled the mystery and creative brilliance of Richard Wagner, examining how and why the composer’s work continues to hold audiences “spellbound.”

Ross deconstructed the opening of “Tristan and Isolde” for the group of about 60 participants. The “hypnotic effect of its opening bars,” he said, help to create the “most revolutionary moment” in Wagner’s work.

But beyond his output, the life of Wagner, musical genius and fierce anti-Semite, teaches about  “the highest and lowest impulses of humankind,” Ross said.

Turning to culinary creativity, the longtime pastry chef at the White House, Bill Yosses, explained how a breakthrough 40 years ago helped shine a light on the art of cooking, one that has intensified over the years.

Many scorned the nouvelle cuisine trend of the 1970s, with its small portions and decorative plates, said Yosses, but chefs rejoiced, because “finally people were paying attention” to food.

Today people are still paying attention, and breakthroughs in cooking involve a range of disciplines and driving factors, said Yosses, who regularly takes part in Harvard’s science and cooking series.

“We are still seeking the same rapture that science and art and religion seek,” said Yosses, “we just do it by food.”

The event drew one working scientist: Maria Spiropulu, Ph.D. ’00, an experimental particle physicist at California Institute of Technology and a former senior research physicist at CERN, the European Organization for Nuclear Research.

Physics is the science of “chasing the dream of understanding nature to the core,” said Spiropulu — and “very difficult problems require breakthroughs.” In turn, those breakthroughs almost always require collaborations across disciplines. In the case of CERN, she said, the crisscrossing disciplines included experts in cosmology, astrophysics, and particle physics. “Science is seldom born with a single parent.”

Rahul Mehrotra, chair of the Department of Urban Planning and Design at the Graduate School of Design, was on an afternoon panel with Spiropulu and Yosses. After watching an earlier panel crowded with poets and writers, “I feel like a bit of an outlier,” he said.

Part of that feeling has to do with the source of creativity. In the arts and poetry, it comes from a reaction to the world around us, he said, but in architecture it often comes from contingencies — in the sense of coming emergencies. The art of designing structures is better seen as embedded into a city, like something necessary, rather than imposed upon a city — like a glittering skyline.

Radcliffe Fellow and composer John Aylward returned to campus with his ensemble ECCE to conduct a work commissioned for the conference to end the afternoon.

“I Saw My Life Go By in the Coyote’s Jaws” was inspired by surrealist poet Dean Young’s work of the same name. Young’s words, said Aylward, capture the notion of “epiphanies in the mundane and the idea that breakthroughs can happen in a very subtle moment.”