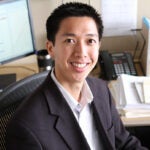 Event draws researchers from around the world

Camaraderie upstaged heady ideas in Cambridge on Friday, as exoplanet research and talk of the universe’s basic laws competed with a reunion of faculty and former graduate students from Harvard’s Astronomy Department.

“It was very interesting to catch up,” said Avi Loeb, department chair and the Frank B. Baird Jr. Professor of Science. “Some people changed a lot.”

Loeb worked with the Graduate School of Arts and Sciences to organize the event, intended to celebrate the impact and vibrancy of Harvard’s astronomy community.

Slavco Bogdanov, who received his doctorate in astronomy in 2008 and who is now a research scientist at Columbia University, was making his first visit to Harvard since graduating.

“Seeing all the people I haven’s seen in a long time, I think that was the main motivation for coming here,” he said.

The reunion included a mix of social events and morning programs at the Harvard-Smithsonian Center for Astrophysics. In the afternoon, participants moved to the Sheraton Commander in Cambridge for a luncheon, panel discussions, and an evening reception.

The afternoon panels focused on two of the most active areas of current research. The first was on the basic nature of the universe and the search for evidence related to Einstein’s general theory of relativity.

Taylor said he was able to use the pulsar to observe what is called the “Shapiro delay,” a delay that light experiences when it passes close to a very massive object. The delay was predicted by Einstein in his theory of general relativity and first observed in 1977 by the panel’s moderator, Timken University Professor Irwin Shapiro.

The discussion touched on several of the hottest topics in understanding the fundamental nature of the universe, including cosmic microwave background, dark energy, and black holes.

The second panel looked at the state of exoplanet research and the upcoming search for life on planets circling other stars. The discussion was given a forward-looking focus by the announcement that NASA had agreed to launch the TESS satellite, for which panel member David Latham, lecturer on astronomy, is the chief mission scientist. After its launch in 2017, TESS — the Transiting Exoplanet Survey Satellite — will scan the sky for planets transiting bright nearby stars, which would allow study of atmospheres for chemical signatures of life.

“We’re here at a very special time in the history of astronomy,” Latham said. “We are poised to discover and characterize worlds like Earth, where life as we know it would be comfortable.”

Members of both panels said they are looking forward to completion of the Giant Magellan Telescope, which will have 10 times the resolution of the Hubble Space Telescope. It is being built on a mountaintop in Chile.

Exoplanet research has been energized in recent years by results from the Kepler Space Telescope, which has discovered thousands of star-circling planet candidates. New detections from TESS, which will examine nearby stars some 30 to 100 times brighter than Kepler targets, will be followed up by another new instrument, the James Webb Space Telescope, set for launch in 2018.

Panelists said they are looking forward to deeper exoplanet research brought on by the more sophisticated instruments.

“I really believe … you’re going to find these first discoveries of life in the universe here at Harvard,” said Professor David Charbonneau.