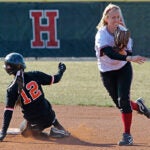 Professors’ quarters, their offices, are sanctuary spaces, places of intellectual inspiration, rooms for academic exchange. Lined with books, decorated with objects and awards, speckled with family photos and mementos from foreign travel, the offices are always home to a computer — the connection to everything not housed within the four walls.

The offices at Harvard are as varied as the professors who inhabit them. Visit offices in Wadsworth House, the second-oldest building on campus, which served as headquarters for General George Washington in 1775, or those on the top floor of the modernist Carpenter Center, the architect Le Corbusier’s sole building in North America.

Robert Darnton, the Carl H. Pforzheimer University Professor and University Librarian, holds court in Wadsworth House. His office is lined with books, many of them from the 18th century, and contains such personal mementos as a Fenway Park baseball and bits from the Berlin Wall, which he watched fall in 1989. “I am just happy in a room that evokes the past,” he said.

Donner Professor of Science Cumrun Vafa described his corner office in Jefferson Hall as “home within the University for me.” Blackboards line the walls of most offices within the Physics Department. “Blackboards represent collaboration, research, and freedom of thinking, discussion, and openness. That’s the aspect of scientific work that I think is crucial for research,” said Vafa.

The spaces are utilized in various ways throughout each day. They serve as contemplative places for reading, writing, and deliberating, and at times, as places to socialize with students and fellow academics. Ruth B. Moore Professor of Biological Anthropology Richard W. Wrangham said of his fifth-floor office atop the Peabody Museum, “It’s nice to be secluded as well as part of the outer world.”

In a way, each office evokes its owner. Looking around his space filled with books, papers, and objects from a lifetime of fieldwork, Wrangham joked, “I would like to feel that it represents me. It probably does. So be kind as you photograph it.”