An author finds her voice 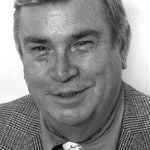 “Do any other Puerto Ricans work here?”

That’s what Esmeralda Santiago wanted to know, as a young woman applying for work. The question often cost her the job, she admitted, but the self-described “loud Puerto Rican girl” felt it her duty to ask what seemingly no one wanted to talk about.

“Those questions were always about fairness and things that were happening to people like me. Those questions were really asking, ‘When will we be seen?’” Santiago, a renowned writer, told the crowd at the season’s final diversity dialogue, hosted by the Faculty of Arts and Sciences.

Born in rural, poverty-stricken Puerto Rico, Santiago arrived in Brooklyn with her family when she was 13. She learned English within a year and as a teenager grappled to navigate dual worlds, American and Puerto Rican, a feat she likened to “jumping double Dutch.” Santiago’s struggles with identity — which she chronicled in her at times harrowing, at times comical, coming-of-age memoir, “Almost a Woman” — were at the forefront of her talk Wednesday morning.

In all aspects of life, recalled Santiago, that desire to be seen, to be recognized as something more than a skin tone, made her realize that she had to distance herself from the stereotype of “being 16, pregnant, and on welfare.” Santiago said she only heard about other Puerto Ricans in the newspaper “when someone had been wronged.”

Literature was where she found her footing. “Reading was how I learned how non-Puerto Ricans lived,” she said. “I understood something about life that I couldn’t experience in any other way. I could be in a disco reading ‘Madame Bovary’ and not hear the music.”

After high school, Santiago worked full-time and took classes at community college before arriving at Harvard as a 25-year-old visual and environmental sciences concentrator. Once here, she was instrumental in forming a group for older students — an admission that made the crowd laugh, since Santiago was still quite young. But, she said, she’d lived so much that she felt a world away from “these eager, bright faces.”

When Santiago began writing personal essays, published in widely read outlets such as The Boston Globe and The Christian Science Monitor, “my experience that I thought was so invisible was all of a sudden out there.” These essays earned Santiago an offer from a publisher to write a memoir, which would become her first, “When I Was Puerto Rican.”

The offer both surprised and vindicated Santiago; “I was an author, and people were asking about me.”

Queried by an audience member about how she overcame the fear of writing about herself, her family, and race, Santiago said not to mistake her for fearless. Rather, she’s brave, she said. “Being brave is a decision, and for me it was ‘I don’t care what they think. I have to be me.’”

Now 64 and an award-winning writer and filmmaker, Santiago recalled those early days of asking her employers where the other minorities were. “When you’re the only Puerto Rican or minority there, you start wondering, ‘What does that mean?’ Those questions still need to be spoken,” she said.

Becoming emotional, Santiago pleaded for compassion in the workforce, especially toward minorities. “We will come in with that ‘us versus them’ attitude. You know, ‘them’ with a capital T,” she said. “It’s because we have to. There’s so much we have to process, so many fears. I want you to remember that. We need you to encourage the best parts of who we are. Sometimes you see it better than we do. Let us not have those capital letters anymore.”