The sky as a ‘sewer’ 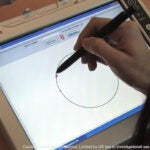 Society treats the sky as an “open sewer,” pumping carbon waste into the air much as it used to dump bodily waste into waterways, and with the same results. People are getting sick, Al Gore, the former vice president and climate activist, told a packed Memorial Church crowd on Wednesday.

Gore ’69 compared the climate crisis to 19th-century cholera epidemics, including one in London where the outbreak was traced to a single water pump whose source was infected by feces containing the cholera bacterium. The understanding of disease transmission that resulted prompted changes in handling human waste. Dumping carbon waste into the atmosphere needs curbing, Gore said.

The climate change resulting from carbon dumping practices harms human health, Gore said. Not only are people adversely affected by droughts, heat waves, and stronger storms, but a warming Earth will see expansion of the range of disease-carrying insects, bacteria, and parasites, Gore said. Last year, the warmest on record in the United States, also saw the worst outbreak of West Nile virus, which is carried by mosquitoes.

“We’re using the atmosphere as an open sewer. It’s functionally insane. It traps heat,” Gore said. “A lot of communities experience one in 100-year events, one in 1,000-year events … every few years.”

Gore delivered the inaugural Paul R. Epstein Memorial Lecture in honor of the former Harvard Medical School instructor and authority on the links between climate change and human health. Epstein, who died of cancer in 2011, was the founder and associate director of the Center for Health and the Global Environment, which sponsored the event.

Several speakers praised Epstein as a pioneer in understanding the potential health effects of climate change and as a tireless advocate for raising awareness of the danger that climate change poses to human health. Gore called Epstein a friend as well, and an adviser to Gore’s presentations on climate change and the resulting film, “An Inconvenient Truth.”

Referring to last year’s West Nile virus outbreak, Gore said, “Lots of people died. These kinds of events were ones Paul warned us about.”

Though the situation is “almost unimaginably dire,” Gore said there’s still cause for hope. President Barack Obama mentioned climate change in his inaugural address, which Gore said means federal action may be coming, though it’s unlikely that any significant climate legislation can pass this Congress. Still, Gore said, there are things the president can do without Congress to regulate carbon emissions from existing power plants.

Even absent federal action, there is hopeful movement in other places. Cap-and-trade programs are taking effect in California and British Columbia. And China, the world’s biggest carbon dioxide emitter, is beginning two pilot cap-and-trade programs to regulate carbon emissions, with a plan to move eventually to a nationwide program.

Gore praised Harvard’s efforts on energy issues, highlighting the founding of the Office for Sustainability and the enthusiasm of today’s students. He mentioned student-led initiatives to convince universities, nonprofits, and even environmental groups to divest of fossil fuel-related stocks but noted the needs that such institutions have to guard the endowment returns that allow them to do their work.

“It is a difficult question for nonprofits and universities,” Gore said, “and you will find even environmental groups that are passionately committed to doing the right thing, when it comes to protecting … their endowment, they want to make sure they don’t put it at risk so they can keep using it for the good purposes it was established for — totally understandable.”

Though the problems posed by climate change may seem insurmountable, Gore said students should feel it a “privilege” to work in a great cause. The problem is so broad and touches so many aspects of human life that students should take on whatever part of it appeals to them.

“Pick any aspect that you feel strongly about and follow that passion,” Gore said. “Just pour your best efforts into it.”

Gore called for reforms to the capitalist system and to democracy. Though he called democracy the best way to govern people and capitalism the best way to manage economies, he said both systems are both flawed in important ways.

Democracy has become poisoned by money and the need for constant fundraising by elected officials to finance increasingly expensive campaigns. As for capitalism, Gore questioned the focus on growth as a measure of a health economy, and specifically how that growth is measured. If incomes rise, but that most benefits the rich, is that desirable growth? Similarly, if growth is defined as a rising gross domestic product (GDP), which doesn’t include the costs of pollution, resource depletion, and other “externalities,” is that the best measure, he asked?

“GDP as an economic compass is driving us off a cliff,” Gore said.