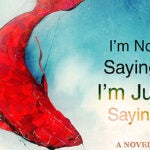 James Quinn Wilson, Henry Lee Shattuck Professor of Government, taught at Harvard from 1961 to 1987. Perhaps the most prominent political scientist of his generation, he died in Boston, Massachusetts, from complications of leukemia, on March 2, 2012.

He spread his mind over most of political science: as a pioneer who defined or redefined the study of political parties, city politics, policing and crime, and bureaucracy; as a judge of American government scholarship in his textbook; as a master of both the current in our politics and the permanent in human nature; as skeptic of political science methodology and all grand theory; and as student of the morality of character. His work was known to every social scientist and he received nearly every high honor the political science profession can bestow. He was given the Presidential Medal of Freedom in 2003, the U. S. Government’s highest civilian award—marking a rare point of accord between the American Political Science Association and President George W. Bush. Though he tackled the most contentious issues and published articles almost exclusively in magazines, he was a model of the modest scholar.

Jim Wilson was born on May 27, 1931, grew up in Southern California, and attended the University of Redlands, graduating in 1952. After serving in the U. S. Navy, he took his Ph.D. at the University of Chicago in 1959, where he taught before coming to Harvard in 1961.

Although Wilson never sought the limelight, his scholarly work followed a sequence of related topics, each of them beginning from a political issue more important to citizens than to political scientists. His first book, Negro Politics (1960), concerned blacks in city government, from which he proceeded to write City Politics (1963) with Edward Banfield, a life-long friend and colleague at Chicago and Harvard. In a far-seeing work, The Amateur Democrat (1962), he studied the original “amateur spirit” in city clubs that was soon to fire up the McGovern reformers in the Democratic Party, then to jump across to Goldwater Republicans—groups now called the party “base.” These activist amateurs he contrasted with party professionals, who worked the city machines with less lofty motives. Wilson largely took the side of the professionals, who kept their cool in the face of passion and kept their distance from unworkable principles.

After urban politics Wilson turned to the police, also unstudied by political scientists, and Varieties of Police Behavior (1968) appeared, a classic not only for its title. His focus was the cop on the beat, whose unenviable task is rather to restore order when it has lapsed than to enforce the law with set procedures. That everyday uncertainty makes it difficult to administer from above according to a plan and ensures that government in this aspect is about handling problems, not solving them. After the police it was natural to turn to crime, another political topic too hot for political scientists. Wilson wrote three books on this, one of them, Crime and Human Nature, with his Harvard colleague the psychologist Richard Herrnstein. His practical attitude began to earn him the reputation as a conservative, which he unsuccessfully resisted, for though he was skeptical of gun control, he was also wary of guns. As opposed to most criminologists, he found study of the “root causes” of crime to be useless, once declaring he had “never seen a root cause.” He preferred to study the visible behavior and character of criminals.

Visible order was the point of Wilson’s famous article on the broken window (with George L. Kelling, 1982), which, left unrepaired, suggests that nobody cares and invites mischief and further transgression. Policing is a matter not only of catching violators but also of preventing intimidation and even annoyance to decent citizens from drunks, panhandlers, vagrants, and rowdies. People read situations from appearances, and Wilson’s political science did the same, collecting styles, types, and varieties from the surface of things and working inwards rather than moving from universal causes to particular applications.

Wilson also worked from the bottom up. In Political Organizations (1973) he distinguished four types according to whether the costs and benefits were narrowly or widely concentrated, a matrix that focused on the consumer or client of the organization as opposed to the administrator. Recalling the “amateur spirit” of his early work, he particularly addressed “purposive” public interest organizations whose members ignore economic incentives and volunteer. In his masterwork Bureaucracy (1989), based on his famous course Government 150, he considered the distinct cultures of different agencies, refusing to damn bureaucracy as such but looking at bureaucrats to see what they do and how they think. An organization easy to run is hard to change, he remarked in The Investigators (1978), a study of the FBI. Its discipline is as much demanded from below as enforced from the top.

Preoccupation with crime brought Wilson to reflect on the importance of character, a middle term between the imperatives of human nature and the choices of individuals. He wrote the book that he considered his most important, The Moral Sense (1993), in which he borrowed from Aristotle on habit and from the moral side of Adam Smith. A good character, he argued, is one that looks on incentives morally, as either to good or evil. He once said: “Tobacco shortens one’s life; cocaine debases it.” The word “debases” was his judgment not only as a citizen but as a political scientist.

In the best Harvard tradition, Jim Wilson was a brilliant classroom lecturer. He rendered extraordinary service to Harvard during the troubles of the late Sixties, helped to fashion the Core curriculum, and was the most skillful and accomplished chair of the Government Department in his lifetime. It was in gratitude as well as admiration that he received an honorary doctorate of letters from Harvard in 1994. He is survived by his wife Roberta—with whom, after a life of watching humans, he wrote Watching Fishes—by his children Matthew and Annie, and by five grandchildren.