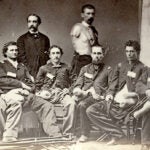 Research explores how odors are processed in the brain

Harvard scientists are shedding light on a neural feedback mechanism that may play a key role in how the olfactory system works in the brain. The mechanism was first identified more than a century ago, but little was understood about its workings till now.

As described in a Dec. 19 paper in Neuron by Venkatesh Murthy, a professor of molecular and cellular biology, researchers have, for the first time, described how that feedback mechanism works by identifying where the signals go, and which type of neurons receive them. Three scientists from the Murthy lab were involved in the work: Foivos Markopoulos, Dan Rokni, and David Gire.

“The image of the brain as a linear processor is a convenient one, but almost all brains, and certainly mammalian brains, do not rely on that kind of pure feed-forward system,” Murthy said. “On the contrary, it now appears that the higher regions of the brain, which are responsible for interpreting olfactory information, are communicating with lower parts of the brain on a near-constant basis.”

“One of the challenges with this type of research is that these feedback neurons are not the only neurons that come back to the olfactory bulb,” Murthy explained. “The challenge has always been that there’s no easy way to pick out just one type of neuron to activate.”

To do it, Murthy and his team turned to a technique called optogenetics.

Using a virus that has been genetically modified to produce a light-sensitive protein, Murthy and his team marked specific neurons, which become active when hit with laser light. Researchers were then able to trace the feedback mechanism from the brain’s processing centers back to the olfactory bulb.

Reaching that level of precision was critical, Murthy explained, because while the olfactory bulb contains many “principal” neurons that are responsible for sending signals to other the parts of the brain, it is also packed with interneurons, which appear to play a role in formatting olfactory information as it comes into the brain.

Without that formatting process, Murthy said, the brain would likely have trouble interpreting the wide range of signals — from very weak to very strong — it encounters.

“If you make a system that is very good at detecting weak signals, it becomes saturated as the signal gets stronger, and eventually it’s impossible to differentiate between strong signals,” Murthy said. “To avoid that problem, brain circuits use a process called gain control. By inhibiting certain neurons, it ensures that you stay within the detection range, so you don’t miss the weak things, but you don’t miss the very strong things either.”

Earlier studies had hinted that the interneurons in the olfactory bulb are the primary target of the feedback signals, but Murthy’s study is the first to prove it, and to show that those feedback signals effectively inhibit the activity of the principal neurons.

“When the cortical area decides to send these signals back to the olfactory bulb, it’s effectively turning down the activity of these principal neurons,” Murthy said. “Why does the brain do this? Our theory is that the feedback is a way for the cortex to say, ‘I heard you.’ As the olfactory information is sent to higher regions of the brain, these signals come back and turn down the volume on the input.”

While similar systems have been identified in other parts of the brain, the extent of the olfactory feedback was surprising. Murthy’s research showed that the system doesn’t simply send signals back to the olfactory bulb, but sends them to its very first layer of neurons.

“That feedback is coming back to the very first synapse, if you will,” he said.

Even more surprising, Murthy said, was evidence that the olfactory bulb’s principal neurons were also receiving feedback signals — albeit weak ones — that appeared to prime them for incoming signals.

“For most animals, smell is a very, very important thing,” Murthy added. “If they are in an environment where there’s one overwhelming smell that’s irrelevant, they need to be able to detect a weak smell that may signal danger. We are hypothesizing that this mechanism, where the cortex is talking back to the olfactory bulb and suppressing neurons, through this feedback they may be able to detect that weak signal.”