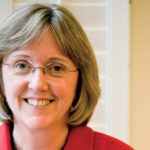 John Milton Ward, Professor of Music at Harvard from 1955 to 1961 and William Powell Mason Professor of Music from 1961 to 1985, died in his home on Follen Street in Cambridge on December 12, 2011, in the ninety-fifth year of his age.

Ward was a path-breaking scholar in many fields, through whose classroom passed for three decades every undergraduate and graduate student in music at Harvard; a teacher whose conviction and thoroughness were impressive and inspiring, if sometimes intimidating. Many generations remember his undergraduate course in the history of music, and his introductory course for graduate students — a combination of boot camp and conversion experience—is forever inscribed in the memories, and in the scholarship, of those who experienced it. He put it very plainly: “I was simply trying to teach them to read and write.” Well-wrought oral presentation, responsible use of evidence, and clear and concise writing were Ward’s chief concern. Like the numbers of star hockey players, the course number “Music 200” has been raised to the rafters and will not be used again in the Music Department.

John Ward studied composition privately with Darius Milhaud and studied musicology at the University of Washington, at Columbia University, and at New York University, where he took the Ph.D. in 1953. His most significant teachers were the Renaissance scholars Otto Gombosi and Gustave Reese, the ethnomusicologist George Herzog, and the organologist Curt Sachs. From 1947 to 1953 he was an instructor at Michigan State University and from 1953 to 1955 an assistant and then an associate professor at the University of Illinois. In 1955 he joined the faculty of Harvard University.

Ward’s research grew broader with his experience. Originally interested in the music for the Spanish vihuela da mano and the lute music of Elizabethan England, he widened his interest as he recognized in these repertories aspects of dance music, of popular song, of music for the theater, and of improvisation. All of these became areas of deep interest to Ward, and he was an early adopter, indeed an inventor, of many areas of research that later contributed to the renewal and broadening of the field of musicology. His long-standing interest in musical instruments, and in the performance practice of music, made him an early exponent of what came to be known as the early music movement.

His fascination with music and ritual, with music and film, and with music’s relationship to dance and to the theater led to publications, collections, and courses. After he became increasingly involved with ethnomusicology, Ward taught several ground-breaking classes in the field, some in collaboration with Rulan Pian. Subjects included Native American ritual music, Peking opera, Japanese Noh drama, and jazz. Materials related to these fields were scarce in Harvard’s libraries, so he founded the Archive of World Music, which began with recordings from his collection. He also established the Charles Seeger Room, a large collection of books and other materials within the Eda Kuhn Loeb Music Library that is devoted to ethnomusicology.

After Ward retired, his long-standing fascination with opera, ballet, operetta, vaudeville, and social dance led him to form extensive new collections. He donated what he had gathered to the Harvard Theatre Collection of the Houghton Library. Two richly illustrated catalogues have now been published: The King’s Theatre Collection: Ballet and Italian Opera in London 1706-1883 (Houghton Library 2003, revised and expanded edition 2006) and Italian Ballet 1637–1977 (Houghton Library 2005). Most recently he concentrated on French scores and documents, which including material from the eras of Lully and Napoleon. During his decades of collecting, he formed close friendships with antiquarian booksellers, scholars, curators, and librarians from around the world.

Robert Darnton observed of Ward that he had “a love of books and extraordinary expertise as a bibliophile. He could discuss fine points about printing and its connection with music and the theater, especially under the Ancien Régime in France, with an erudition that would have put the greatest pundits in Paris to shame.”

One of Ward’s students, Professor Sir Curtis Price, Warden of New College, Oxford, and sometime Principal of the Royal Academy of Music, London, observed, “It is ironic that such a great teacher will be remembered mainly by his bookshelves but entirely fitting that his name will live on long after all of us are dead. To try to lighten our sadness, here is my favorite Wardism: in the early days of the early music movement, John quipped to me after hearing a natural trumpeter and baroque strings attempting to play a Purcell overture, ‘It’s not that he missed so many notes; it’s that he had so few to play!’”

With his wife, Ruth Neils Ward, John opened his home on Follen Street to students, colleagues, and friends. Generations of superbly trained students remember him for his apposite precision, and historians of the performing arts for the collections that he bequeathed to Harvard University. Many mourn the loss of a meticulous scholar, a revered colleague, a devoted mentor, and a munificent donor.

Ruth Ward, his collaborator in all things, died in April 2004. John Ward is survived by his sister-in- law, Margaret Padelford, of Seattle, Washington, and eleven nieces and nephews.