In on the act 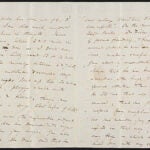 If it takes a village to raise a child, for playwright Taylor Mac, it took a community to develop an otherworldly theater piece.

While it’s not exactly a cast of thousands, more than 30 people, including four Harvard undergraduates, take the stage in the American Repertory Theater’s (A.R.T.) production of “The Lily’s Revenge,” described by The Boston Globe as “a five-act phantasmagoria.”

“If Busby Berkeley had dropped acid while watching ‘Pee-wee’s Playhouse,’ ” wrote Globe theater critic Don Aucoin, “the result might have been ‘The Lily’s Revenge.’ ’’

The Obie-winning play, at Oberon through Oct. 28, includes elements of film and Noh, a Japanese art form that fuses drama, music, and dance. Mac does double duty, also starring as the flower searching for love and understanding. The show’s run at the A.R.T. marks the first time students will be involved with the production. But their inclusion, said the playwright-actor, fits with his master plan and the work’s operating ethos.

“For me, it’s really important that ‘Lily’ utilizes all different kinds of people from all different walks of life and theatrical backgrounds … to accommodate its different genres, and styles and forms,” said Mac. In addition, Harvard students who don’t have access to an undergraduate major in dramatic arts, he said, can “experience the history of our craft. Just by being in one play, they can get a little dose of everything.”

Two Harvard undergraduates are cast members, another helped produce the play’s three interactive intermissions, and another created an animated film for the play’s fourth act. Mac said he was impressed by the students’ dedication and by how they  “jumped right in and were game for anything.”

One student who was ready to try his creative hand at something new was senior Josh McTaggart, the production’s kyogen associate. Mac incorporated kyogens — short, comic pieces with close ties to Japanese Noh theater — into the show’s three intermissions. The breaks consist of informal interactions between the audience and the performers: Audience members can get a massage from one of the actors in a chair in the lobby, or go backstage and chat with performers. In the men’s room, one actor, who is also a professor at Wellesley College, delivers a lecture about the show using the bathroom’s mirror as his chalkboard.

McTaggart, a regular on the Harvard dramatic scene since his freshman days, began working on the show at the start of the semester, meeting with actors in rehearsals to help flesh out ideas. Later, during the show’s technical week, he spent close to six hours a day helping to perfect the dynamic intermissions.

“I’ve never experienced anything like this,” said McTaggart of the show’s organic nature and community feel. The production reinforced his notion, he said, that theater is “all about connections with people, building a community, building a collaborative environment, and really understanding how to work with other people.”

Although working on the play made for some late-night study sessions and hectic priority shuffling as McTaggart prepared for midterm exams and the opening of the Harvard Radcliffe Dramatic Club’s production of “Sweeney Todd,” which he is directing, he wouldn’t have missed it.

“It’s reminded me of the joy of working collaboratively with people of all ages, experiences, and interests … and it has inspired me to want to go on and do projects that bring people together from different disciplines.”

For Shira Milikowsky, the show’s director, the only drawback when working with students concerned those pesky little things called classes.

“I wish they were free during the day,” said Milikowsky, with a laugh. But reworking rehearsal schedules was a small price to pay, acknowledged the director, who regularly encouraged feedback and suggestions from her young performers and creative team, and who enjoyed watching them interact with Mac’s diverse cast.

One of those many collaborators is Lily Glimcher ’14.

A psychology concentrator with a secondary concentration in dramatic arts, Glimcher described her character as a “deranged flower girl who follows her instinct … without any forethought.” She called working on the production “undeniably the best learning theatrical experience of my life.”

During a recent rehearsal, the junior practiced a scene that required her to flop on the floor, her legs and arms entwined with a half-dozen actors and actresses doing the same. “Does everybody know where their body parts are going?” asked choreographer Ara Glenn-Johanson. Glimcher responded with a smile and a nod.

Receiving feedback from the A.R.T. Institute students, watching professional actors hone their craft, drawing inspiration from Mac’s “energy, joy, passion,” and collaborating with Glenn-Johanson to develop dance movements for the third act’s ballet have been vital parts of the experience, said Glimcher.

“The whole process,” she said, “has been about creating something magical together.”

Colm Dubhrosa, a visual and environmental studies concentrator, helped to produce an entirely different type of creative element for the show. For almost three months, he worked closely with Milikowsky to develop and refine a 10-minute animated film based on elements of Japanese Noh theater for the play’s fourth act.

Dubhrosa used 3-D animation software known as Maya to create the piece, which charts the lily’s efforts to transform itself into an alluring groom for a human bride. The senior said he was surprised at how much autonomy he was given with the project.

“Right from the start, Shira was extremely encouraging about me taking my own initiative and making exactly what I wanted to make. I was stunned by how cooperative and how willing she was to encourage me to do what I wanted to do.”

But what Dubhrosa loved most was working closely with others.

“To make anything substantive you have to cooperate with other people. For me, the most worthwhile part of this experience was learning how to get your own ideas out but at the same time cooperating.”