A wider mission for Ed Portal 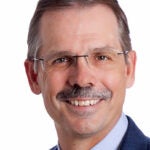 A $30M gift to University

Expansion, five years of programming are cause for celebration

The Harvard Allston Education Portal celebrated its fifth year of programming and an expansion of its facility and its mission with a community event Tuesday that featured music by Harvard students and a lecture by faculty member Michael Sandel.

“It’s wonderful to be here and it’s wonderful to see this terrific space,” said Harvard President Drew Faust, who mingled with local residents and Harvard student mentors before stepping to the podium to address the large crowd.

Faust praised the “transformation and discovery” fostered by the Ed Portal’s mentoring programs, the exchange of knowledge and ideas and the “intellectual excitement” offered by its faculty speaker series, and its expansion into the arts.

“The arts offer us important new ways of understanding the world and gaining insight into who we are and what we hope for in our lives,” Faust said. The arts are also a “great community builder,” she added, bringing “people together with joy and enthusiasm.”

Since 2008 the Ed Portal has connected hundreds of local residents with Harvard’s academic expertise and intellectual resources. Each semester, 25 Harvard undergraduates mentor more than 100 children from Allston and Brighton through an interactive series of programs in science, math, and writing. In 2009 the Ed Portal began a series of public lectures with Harvard faculty based on popular courses in Harvard’s General Education curriculum. As part of its expanded programming, and in collaboration with Harvard’s Office for the Arts, the American Repertory Theater (A.R.T.), and other Harvard groups, the Ed Portal will offer arts and cultural activities this fall, including performances and workshops from Harvard undergraduates, as well as yoga classes and a mindfulness workshop led by the Harvard Center for Wellness.

The Ed Portal’s mission is to share the passions and interests of Harvard’s faculty and students with Allston and Brighton residents, said its faculty director, Rob Lue, a Harvard professor of the practice of molecular and cellular biology.

We wanted to connect the Harvard community, he told the crowd, “with the community, with families, with individuals [from Allston and Brighton] to create something quite special that we felt would really grow over time and enrich our understanding of each other, ultimately, as one community.”

In the new annex space an undergraduate jazz quartet entertained attendees throughout the evening. Representatives from the A.R.T. discussed the neighborhood podcast play project, a collaboration with the Ed Portal planned for January. In a bright orange room across the hall, members of Harvard’s ceramics program encouraged younger community residents to play with clay and sign up for the Empty Bowls community fundraiser on Nov. 1.

Harvard junior Nick Perkons helped local children explore the principles of angular momentum using a spinning stool at one of several interactive science stations. “If you are spinning and you draw your arms in, you spin a lot faster,” Perkons explained to a young girl in a purple-striped sweater who giggled gleefully as she pulled her arms close to her chest and began to turn more quickly on the stool.

Perkons, who has mentored at the Ed Portal since his freshman year, called the experience “very rewarding.” “You see that they actually become interested … and that you are having an impact on their learning and their appreciation of science.”

Sandel, a noted political philosopher and the Anne T. and Robert M. Bass Professor of Government, discussed the ethical dilemmas that arise in a world where everything is “up for sale.”

During his talk, which was based on his book “What Money Can’t Buy: The Moral Limits of Markets,” Sandel explored how taking a market-driven approach to social and civic issues can threaten a country’s moral fabric.

He offered the example of day care centers in Israel that began charging a fee when parents arrived late to pick up their children. Instead of curbing the number of late pickups, the new fine led to an increase in the number of tardy parents. The problem, said Sandel, involved the very fee itself.

“The fine, the fee, the market mechanism changed the character of the relationship between the parents and the teachers. Before, late-arriving parents felt guilty, they were imposing on a teacher who had to stay with the kids.” But the fee, he added, instead became a fee for a service, and so “the guilt … fell away. The financial incentive, the market mechanism dissolved or eroded or displaced the attitude, the value, the sense of obligation.”

Sandel argued that in the United States the “rampant marketization of things” paired with the nation’s unequal distribution of wealth has led to a decline in a sense of community. “The more things money can buy, the fewer the occasions people from different walks of life encounter each other in public places.” That separation, he argued, chips away at democracy.

The Harvard Allston Education Portal is open Monday-Thursday from 3 to 7 p.m. The Ed Portal Annex is open Fridays from 3 to 7 p.m. and Saturdays and Sundays from 1 to 5 p.m. For more information on upcoming programs visit the Ed Portal’s website or email allston_edportal@harvard.edu.