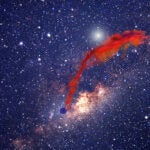 Children as young as 3 mindful of merit, research suggests

Most parents like to believe that their children are more intelligent and insightful than the average person realizes. When it comes to concepts of fairness, they might be right, according to Harvard researchers.

A new study, conducted by Patricia Kanngiesser, a visiting graduate student from the University of Bristol, U.K., together with Felix Warneken, an assistant professor of psychology at Harvard, suggests that children may have a far more advanced concept of fairness than previously thought. The study, described in a paper recently published in PLoS ONE, shows that children as young as 3 consider merit — a key part of more-advanced ideas of fairness — when distributing resources. Earlier studies had suggested that the use of merit didn’t emerge until a few years later.

“What this finding demonstrates, I think, is that merit seems to be an essential part of the earliest forms of fairness that children display,” Warneken said. “That challenges the idea that young children only have a very egocentric notion that everything should go to them, and shows that from a very early age they are sensitive to the work contributions partners make. Going forward, I think we can begin to rule out some of the earlier theories about merit — that it required a great deal of socialization or sophisticated cognitive skills to emerge.”

Importantly, the study shows that the notion of merit isn’t simply an abstract concept that children endorse, but one that they actually put into practice, even at a cost.

“It’s one thing to say that those who work harder should get more,” Warneken said. “But to be in that situation yourself and have to give something up to make it so, that’s something different. What we have shown is that very young children are not only sensitive to that concept, but that it guides their behavior.”

In the case of this new study, that behavior involved handing out stickers.

In the lab, children played what researchers called the “fishing game” alongside a puppet, using poles with hooks to lift containers filled with coins from a bucket. In some instances, Warneken said, the child collected more coins, in others the puppet did. Following each game, the child was given six stickers and was asked to decide how many to give to the puppet, and how many to keep.

Those findings run counter to earlier studies, which suggested that children’s concept of fairness evolves over time, with the idea of merit — that a person should be rewarded based on how much work he or she does — appearing by around age 7 or 8.

“The traditional model in psychology has been that children go through different stages of fairness,” Warneken said. “Initially, they are selfish. By a few years old, they develop the idea of equality, that we should each get half, regardless of [whether] you worked harder than I did, or you need more resources than I do. Finally, somewhere around school age, they develop the idea of equity or merit.”

The problem, Warneken said, is that the studies undergirding the traditional model were flawed.

“We thought that approach was too complex,” Warneken said. “We were more interested in what children actually do. We can’t say where it comes from, but I think we can conclude that for 3- to 5-year-old children, they are already paying attention to this principle.”