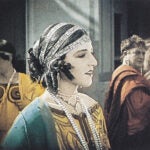 Radcliffe celebrates the life, legacy of the famed French chef

Friends, family, former colleagues, and devoted fans gathered at Harvard on Friday for a party celebrating the vivacious woman who revolutionized American culinary culture. The only person missing was the late guest of honor, though her spirit seemed to charge the room.

“She would have loved this,” said Bob Spitz, author of “Dearie: The Remarkable Life of Julia Child,” a new biography of the iconic chef who brought the art of French cooking to the American masses.

In honor of what would have been Child’s 100th birthday, the Radcliffe Institute for Advanced Study and the Arthur and Elizabeth Schlesinger Library on the History of Women in America, the keeper of the extensive Julia Child Papers, ensured that her memory was alive and well during an entertaining and informative daylong symposium. As part of the centenary, the Schlesinger is also hosting an exhibition featuring a selection of Child’s papers and memorabilia, as well as those of her friends, colleagues, and collaborators, through March 22.

The broad narrative of Child’s life is familiar. A tall, jovial woman with a distinctive voice, she co-wrote a famous how-to guide to French cuisine and went on to create and star in a beloved television cooking show that helped to change fundamentally the way that Americans relate to food. But the conference, with its focus on three important places in Child’s life (Paris, Cambridge, and the local television studio), offered listeners a story that was more intimate, and even profound.

An American in Paris

Panelists talked of Child’s life in the French capital, her enrollment in the famous cooking school Le Cordon Bleu, and her relationship with Simone Beck and Louise Bertholle, her collaborators on the exhaustive “Mastering the Art of French Cooking.” Alex Prud’homme, Child’s great-nephew, said that an early, rejected version of the book “was 700 pages on nothing but soups and poultry.”

It was in Paris that Child found “a meaningful role to her life,” said Spitz. Cooking and teaching others how to cook became her life, and the city’s open-air markets became her culinary playground.

Wine merchants, fishmongers, and butchers were Child’s unwitting instructors and collaborators. “One of the most important things she learned” while in Paris “was how to shop like a true French person,” said Prud’homme, who co-wrote Child’s 2006 memoir, “My Life in France.” She realized quickly, he said, that “you didn’t start by talking to the butcher about cuts of meat, you talked to him about the weather, and you asked about his daughter. Then you would eventually ask him what he was cooking, and then, after about a half an hour, he’d start showing you the really good cuts of meat.”

Neighbors and friends shined light on Child’s Cambridge years, the four decades she and husband Paul spent in their home on Irving Street near Harvard Yard. In Cambridge, they developed a cherished circle of friends, and became an important part of the culinary community in Boston, helping to support and mentor budding chefs.

Child, recalled the Boston-based chef Michela Larson, was a “mentor, teacher, and inspiration.” She was also, said Larson, “funny, informative, bold, and she was a woman.”

Cambridge was ripe for Child, not only in what she brought to the kitchen, but also in the broader culture, according to longtime friend and neighbor Dorothy Shore Zinberg. The city had a wealth of women with Ph.D.s who were unemployed or underemployed, many residents who had taken advantage of postwar programs like Fulbright grants to travel and study abroad, and an influx of refugees who had come to Harvard and the Massachusetts Institute of Technology. And, she said, they all cooked.

“This was a male society in Cambridge, as you cannot imagine. Julia in a funny way changed it and gave people permission to be citizens in full participation,” said Zinberg.

Like many good parties, the afternoon included a brief singalong. Zinberg, a lecturer at Harvard Kennedy School, brought along an ode written for Child by the late Peter Gomes, the Plummer Professor of Christian Morals and Pusey Minister in the Memorial Church at Harvard University. He had written it for a farewell party for Child as she prepared to leave for California. The Radcliffe crowd, accompanied on the piano by Mark DeVoto, musicologist and the son of Child’s friend Avis DeVoto (who was instrumental in bringing Child’s papers to the Schlesinger) sang in her honor.

One of the aging Child’s fondest pastimes was a trip to her favorite burger joint near her Santa Barbara home, said Prud’homme, accompanied by a search for the perfect spot to eat lunch and take in the view. Invariably the outings meant rolling up some long, unfamiliar driveway along the California coast marked with a prominent “private” sign. Child always assured the uneasy Prud’homme with a laugh that if “anyone asks us we will just tell them we are looking for Mr. Smith.”

One audience member told the story of a young woman who was in tears in the aisle of a local grocery store a few years ago, at a loss about how to cook a meal for more than 100 people at Harvard Divinity School. Suddenly, a tall woman approached and asked if she could help. The towering stranger walked the woman through the store, telling her what to buy and offering her cooking tips. Only later did the young woman realize her savior had been one of the world’s most famous chefs.

Child connected with people, from those on the street to those in high office. She once counseled U.S Supreme Court Justice Stephen Breyer, said DeVoto, never to say cheese when posing for a picture, but to “Always say soufflé.”

Child’s husband even had his own term for her charm. He called it the “Julification of everybody,” said Laura Shapiro, who delivered the symposium’s keynote address. In a 1946 letter to his brother, Paul recounted how his soon-to-be wife had prepared for a long road trip by packing several bottles of whiskey. At the Canadian border, she easily persuaded a guard to allow their “traveling bar” into the country despite the rule permitting only one bottle of alcohol per person, as “Julie’s charm won over the guard’s sense of duty.”

The “authentic” Child on TV

While watching tapes of her first cooking shows, Child was appalled by her “swooping gasp.” She called herself “Mrs. Steam Engine,” said Shapiro, journalist and author of “Julia Child: A Life” and “Perfection Salad: Women and Cooking at the Turn of the Century.” But that style proved to be a vital part of her appeal, a source of the authenticity that helped her connect with her widening TV audience. She created, said Shapiro, “a direct relationship with each viewer.”

Further insight into her TV career came from the man who helped to create “The French Chef.”

“I just remember a wonderful time,” said Russell Morash, her producer and director, who recalled creating the early show in the makeshift kitchen of the Boston Gas Company, with the help of a truck filled with cables and cameras, Paul diligently washing the show’s dishes, and Julia, who despite getting a small shock every time she touched her stove because of a technical glitch, never complaining.

The panelists suggested that she saved generations of Americans from Spam and canned-soup casseroles after she introduced them to the joys of butter and French cuisine, and persuaded them to be unafraid of what they ate and not be intimidated by the kitchen.

But Child was part of a wider revolution. Her TV show first aired in 1963, the same year that Betty Friedan published the groundbreaking book that helped spur the century’s second wave of American feminism, “The Feminine Mystique.”

“What we learned from Julia, more than how to cook, was how to think, how to reimagine life at home in a way that did not demean or sentimentalize the woman at the center of it. Nobody ever called Julia ‘The Little Woman,’ ” said Shapiro.

After the session ended and Prud’homme headed for a reception, he mused over what Child would have thought of it.