When microbes make the food 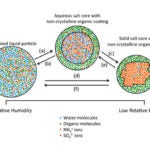 Chocolate lovers who think of their passion as rich, sweet, and naturally delicious might want to stay out of Harvard scientist Ben Wolfe’s classroom this summer.

Not only is chocolate naturally bitter, Wolfe told students last week, but the way that quality is removed is by fermenting in a heap covered by banana leaves for several days.

Wolfe may be taking some of the romance out of chocolate, but he isn’t casting it away. Instead, he’s transferring a bit of its allure to our seldom-appreciated partners in gastronomy: the bacteria and fungi that do heavy lifting, transforming a constellation of foods around the world into edible, flavorful, and even intoxicating creations.

Wolfe, who calls cheese his “favorite fermented milk product,” is sharing his enthusiasm for food, drink, and microbes in a new class at Harvard Summer School called “Feast and Famine: The Microbiology of Food.”

A postdoctoral fellow in the lab of Bauer Fellow Rachel Dutton, Wolfe created the class as a way to make the study of microbes more accessible to the broad array of students — from high school to graduate school — who people Harvard’s summertime campus. Wolfe is using food as a lens through which students can better understand microbes and the helpful and harmful roles they play in our everyday lives.

The effort is also something of a personal journey for Wolfe, who received his doctorate from Harvard in 2010 and is considering which direction to take his career. His research in Dutton’s lab focuses on something he enjoys — the microbiology of cheese — but he also wanted the experience of designing a class from scratch and taking primary responsibility for teaching its students.

The course covers the role of microbes at every step in the food production process, from their beneficial symbiosis on the roots of crop plants, to plant and animal pathogens that can devastate the food supply, to their central role in the transformation of raw materials into the foods we come home to daily.

In a recent class, Wolfe spent two hours talking about the creation of cheeses and other fermented milk products that have origins that might raise eyebrows in the West. Koumiss, from Asia, is fermented horse milk. Biruni, from Africa, is fermented camel milk. And phrung, from India, is fermented yak milk.

He also reviewed products made from fermented rice and soybeans, used in creating an array of Japanese and Chinese foods and drinks, like soy sauce, miso paste, rice vinegar, and sake.

He also touched on the fermented vegetables sauerkraut and pickles, kimchi and poi, the fermented skipjack tuna known as katsuobushi in Japan, a pressed cake of fermented peanuts known as oncom in Java, and even the fermented raw meat that ultimately becomes salami.

Wolfe brought in an expert to talk about alcohol production. The class’s last hour (Summer School classes run a marathon three hours, twice a week) featured Todd Bellomy, a beer and sake aficionado who brews his own sake and is working to increase its popularity in the Boston area.

Bellomy, whose day job involves consumer relations for Boston Beer Co., led students through the steps of sake brewing, using images from his own exploration of the topic, taking them on a sometimes humorous photographic journey to Japanese sake breweries.

Other outside speakers who lent their expertise to the class, either in person or via Skype, included Eero Ruuttila of Siena Farms in Sudbury, Mass.; Dan Felder, a chef working on the development of fermented foods; Maryn McKenna, a blogger who writes about food pathogens; and Mateo Kehler, an artisan cheese producer in Vermont.

James Palmer, a high school junior from Concord, Mass., whose favorite fermentation is chocolate, said he took the class because he’s interested in biology and thought that subject and food were an interesting combination.

Kaitlin McGovern, a junior from Red Hook High School in New York, said she decided to take the class because her father is starting a brewery in Rhinebeck.

“I wanted to see how it works,” McGovern said. The class “is different and interesting.”