When the smartphone’s turned off 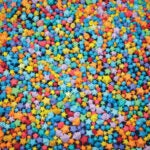 An art exhibit replete with diversity

During a middle-of-the-night bathroom break, do you check the smartphone or not? What if a co-worker called with an emergency? What if the big deal went through? What if?

We’ve all been there — in a restaurant with friends, on an airplane, in bed — the power of the smartphone gnawing away at us, the gut feeling that our boss has contacted us with an urgent request, or the wish to dash off an email to a colleague, even when we know he’s offline. We feel the need to be connected, at all times, to our Blackberries or iPhones, as helpful as they are, yet sometimes annoyingly stressful for the special breed of anxiety they present.

Intrigued by our constant connectivity outside the workplace, Leslie A. Perlow, the Konosuke Matsushita Professor of Leadership at Harvard Business School, began studying the work and technological habits of employees at the global firm Boston Consulting Group (BCG) “because they were an extreme case of the demands that people face,” she said. “I was deeply curious about whether it was possible to create change in the way people work. We spend a lot of time telling people it can be different. But I wondered: Can it really be different? I reasoned, if change was possible at BCG, change should be possible most anywhere.”

In her new book, “Sleeping with Your Smartphone: How to Break the 24/7 Habit and Change the Way You Work,” Perlow details the experiments she conducted at BCG and how they turned out to improve not just employees’ work lives, but the effectiveness and efficiency of the work process itself. In fact, the experiments were so successful that they have now been replicated in more than 1,000 BCG teams globally.

The trials took the form of teams working together to ensure predictable time off — hours of nonwork time where an employee is “disconnected” from his or her smartphone — and time each week to discuss the work process. “It’s about learning to cover for each other,” said Perlow. “One person will be off today, another person will be off tomorrow … and I mean off — no smartphone, no computer for business purposes. It’s about not getting emails or texts that you feel compelled to respond to, and instead freeing this time to do whatever you want that is non-work-related.”  She added, “It’s about working together to make this time off possible for everyone involved. That is where the real learning occurs.”

Initially the possibility of creating such change at BCG was met with great skepticism. Perlow encouraged company managers and employees to explore the possibility of change. Facing unadulterated free time ironically spurred another concern: how to fill it. Yet when BCG employees reported back to Perlow, the results were overwhelmingly supportive of her experiment. Suddenly, employees had time to hit the gym, to go to the movies, to make plans, and spend quality time with friends and spouses — to do anything they wanted without the worry that they were somehow missing something critical.

“You and your colleagues can take ownership of the way you work, and you can do so tomorrow,” stressed Perlow. “To get started, all you need to do is get together with the people you work with most closely and focus on the pressure points you face. Even as a small group, you have an immense amount of power to adjust the way you work and get results that make your work more fulfilling and your work lives more satisfying.”

Ultimately, it’s about colleagues taking ownership of work lives and realizing their collective power to create change, said Perlow. “It doesn’t have to be some big, grand organizational initiative. Any team can do it.”