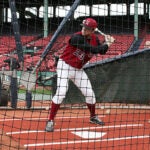 Under the fellowship agreement, funding provided by Brazil’s National Council for Scientific and Technological Development (CNPq) will make it possible for 30 to 40 Brazilian doctoral students, 40 postdoctoral fellows, and a small number of undergraduates who are majoring in science or engineering areas to study at Harvard. Additionally, the agreement calls for Brazil to support up to 75 Brazilian medical students during a year of study at the Harvard School of Public Health (HSPH). Brazil also has agreed to provide support for up to 25 graduate students to spend a year at Harvard’s School of Engineering and Applied Sciences (SEAS), working under the direction of an SEAS faculty member.

“Knowledge and talent know no national boundaries, and the most pressing challenges humanity faces must be considered in the broadest possible context, a context that is interdisciplinary, a context that is international,” Harvard President Drew Faust said. “With the signing of this agreement, the Brazilian government will be making a Harvard education in the fields of science and technology available to talented Brazilian students without regard to financial status, further strengthening the University’s ongoing efforts to increase access to education to the widest possible array of talent.”

Harvard faculty and administrators from across the University with ties to Brazil, including representatives from the David Rockefeller Center for Latin American Studies, gathered in Loeb House for the official signing.

Guests enjoyed iced tea, lemonade, and a selection of pastries and cakes before Faust escorted Brazil President Dilma Rousseff into the room. Among the guests were HSPH Dean Julio Frenk and SEAS Dean Cherry Murray, as well as several diplomats and members of Rousseff’s cabinet, including Brazil’s ministers of education and of science, technology, and innovation.

During the event, Rousseff thanked Faust and through a translator called Harvard, “one of the world’s most distinguished research and education institutions.”

“We intend to build permanent, consistent ties between [Brazil] and Harvard,” said Rousseff, indicating that she hoped the agreement would be followed by other initiatives.

Harvard Vice Provost for International Affairs Jorge I. Dominguez, Glaucius Oliva of Brazil’s National Council for Scientific and Technological Development, and Jorge Almeida Guimarães from the Brazilian Federal Agency for Support and Evaluation of Graduate Education signed the agreement as Faust and Rousseff looked on.

The signing hearkened back, Rousseff said, to the visit of Emperor of Brazil Dom Pedro II to Harvard in 1876. He had the foresight to realize then that educational ties between the country and the University “should know no boundaries.” And today, she said, Harvard and Brazil could look forward to a “joint future.”

“In my capacity as president of Brazil I am here because we want to build our joint future.”

In acknowledgement of Pedro’s historic visit, Faust presented Rousseff with a collection of documents from the Harvard Archives related to his trip including a copy of an article from a 1903 issue of the Harvard Graduates’ Magazine. In the story, then-Harvard President Charles W. Eliot called Pedro “the most assiduous visitor that I ever conducted through the University buildings, intelligently interested in a great variety of objects and ideas.”

Meanwhile, the University and Brazil also announced a visiting professorship that would send Brazilian scholars to Harvard for one-year terms.

Dominguez said, “The number of Brazilian students at Harvard has been rising over the past 20 years. There are at least two to three times as many now as there were in the 1990s, and I hope this agreement will consolidate that growth. This arrangement is extremely farsighted on the part of the Brazilian government.” Dominguez added, “It means the government is saying to its people that a Harvard education will be available to them without regard to family resources. That is a worthy goal the government of Brazil should be proud of.”

The agreement specifies that the government of Brazil will establish a fund to pay the tuition and related expenses of the students, and that all the students will go through Harvard’s normal, highly competitive admissions process, and must meet the standards that apply to all applicants.

The agreement is especially important in the case of doctoral candidates, because the training grants from the U.S. National Institutes of Health and National Science Foundation, which support American science Ph.D. candidates during their first two years of study, are only available to U.S. citizens. Under the agreement, Brazil will pay the costs for the first two years, and pay Harvard tuition for the remaining years of study, while Harvard will pick up other costs after the first two years, as it does for most U.S. students.

In addition to the agreement with CNPq to support Brazilian science students, Harvard also has signed an agreement for a visiting professorship with the Brazilian Federal Agency for Support and Evaluation of Graduate Education (CAPES/MEC). Under the five-year agreement, CAPES/MEC will annually nominate a number of outstanding candidates, whom Harvard will then consider for a one-year visiting professorship.

At the John F. Kennedy Jr. Forum April 10, President Dilma Rousseff described her country’s remarkable economic progress over the last several decades and her administration’s work in moving Brazil even further toward economic prosperity. To read the full story.